A DAY OUT ON THE ‘LEVELS’

Today I was joined by Alan and Ruth who are on holiday for a few days in Somerset and are from Torquay. They wanted a couple of days guiding on the ‘levels’  and we started today at Ham Wall. I collected them both from a camp site near Street at 8am.

Glastonbury Tor - taken from the road near Street

Before we even left the gateway of the camp site we watched a gathering of hirundines on the wires, about 20 Swallows were joined by two Sand Martins and four House Martins. We also saw Starlings, Rooks, Collared Dove, Wood Pigeon and a Robin sang to us from the hedgerow. 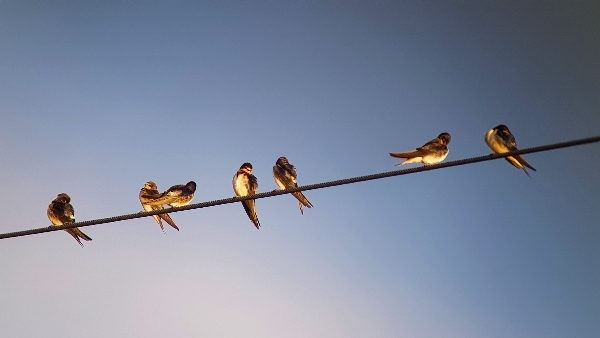 Swallows above and a couple of Sand Martins below 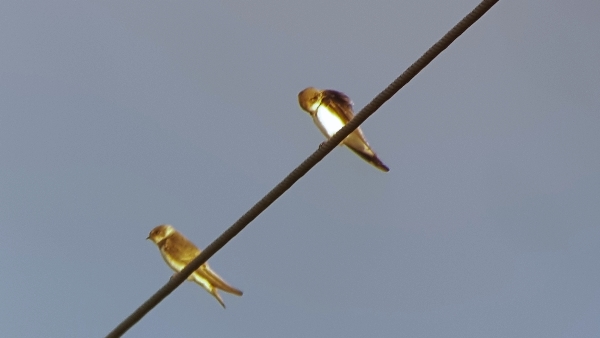 The air was stock-still, it was perfectly calm and with an overcast sky it was ideal conditions for birding. We saw a Cormorant fly over the car park and both Blue Tit and Great Tit flitted about in the bushes.

From the small hump-backed bridge along the main track we saw a Kingfisher in flight, some distant Mute Swans, a Great Egret, a couple of Grey Herons, a Moorhen and a pair of Crows. Further along the track we viewed areas of open water where many Coots, Gadwalls, Mallards and Little Grebes were dotted about on the water. 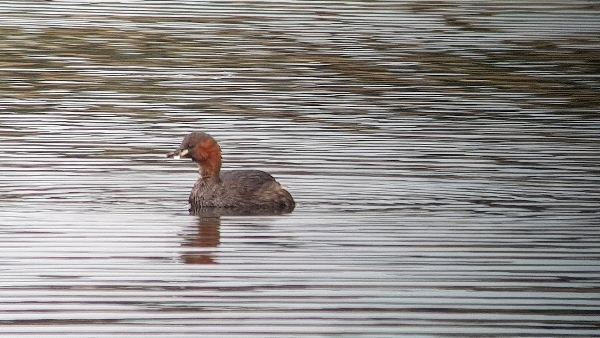 We spent very little time at Viewing Point 1 because it was so overgrown that we couldn’t see any water at all. A walk to Tor hide and a few minutes at the blinds along the approach track provided us views of Great Crested Grebes, Shoveler, Teal and lots of Gadwall. We also heard Water Rail several times and Cetti’s Warblers sang out loudly on many occasions. 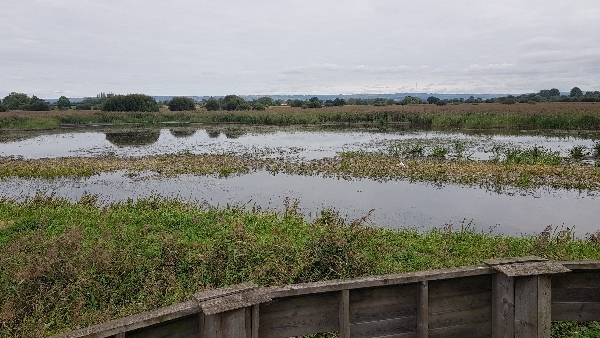 the view from the Avalon Hide

Sightings continued as we sat in the Tor Hide, the best of which had to be the male Mars Harrier, it showed so well and thrilled my guests to bits. As we walked to the Avalon Hide we watched mixed flocks of Blue, Great & Long-tailed Tits, they were with a few Chiffchaffs, we also saw Chaffinch and a Common Buzzard. 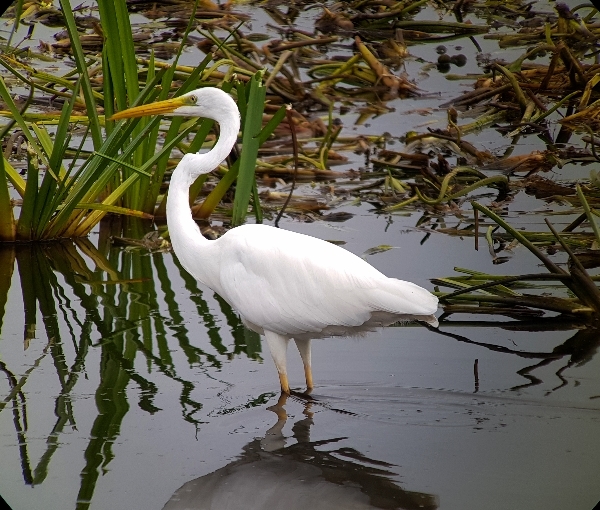 The Avalon Hide was quite busy, we managed to find seats in the corner and soon we had the scope set up. A Kingfisher was called by other birders and we managed to see it in our scope, another thrill for my companions. Both Great and Little Egrets fed out on the pool it was educational for my guests to see the difference in size and feeding methods of the two colonising egrets. We had much better views of Teal but the rest of the species were already on our list.

Walking along the side of the main canal towards Viewing Point 2 we made stops at three viewing points. They provided sightings of some nice new species. Common Snipes fed near the reeds, we had a brief view of a Common Sandpiper and then a Green Sandpiper turned up. Lapwings were dashing about, about a dozen appeared later, then we found two Black-tailed Godwits.

From an opening in the reeds bed near VP2 we found a Wood Sandpiper, it was distant but the scope brought it much nearer, It was a great addition to our list. We had more views of Marsh Harrier and I got two views of a Bittern in flight, Ruth had a brief view and Alan missed it altogether.

The walk back to the car took a while as we watched more ‘tit flocks’ and searched for more ducks and waders. It was near the end of the walk when we found a small flock of 7-8 Bearded Tits. Amazingly they dropped into the reeds in front of us. Only a brief view was had in the scope before they flew up and landed much further away. A few minutes later they flew back to the original place and we had brief views once again. 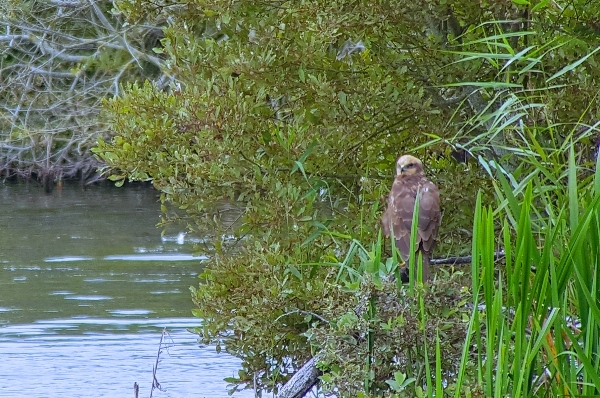 Marsh Haarrier seen from the hide at Noah's Lake.

It was lunchtime when we got back to the car so we sat at the picnic tables to eat our picnic lunch, we watched Blackbirds, House Sparrows, Blue and Great Tits flitted about in the bushes all around as we ate.

Our afternoon was spent on Shapwick Heath, we walked from the car park at Ashcott Corner and viewed the lagoon at Mere Heath where we saw a hundred or so Wigeon with just as many Coots. There was also a good number of Gadwall, Mallards and Grebes. We saw a kestrel fly over us just after we talked about the possibility of seeing a Hobby!

The best birding of the afternoon came during our visit to the raised hide at Noah’s Lake we sat in there for an hour or sso. After just a few minutes we got the scope onto the Black Tern that had been around for a couple of days. The bird flew off to the far side stayed there for duration of our visit.

We found a single Egyptian Goose which is a good species for this area, a group of 6 Greylag Geese also appeared in the far reedbed. We had several sightings of Marsh Harriers, including a couple that perched in bushes one distant and one fairly close.

Another good sighting at Noah’s Lake was a Hobby!! A most wanted species for Alan and Ruth, it circled over the distant trees and came fairly close at one stage. We added Tufted Duck to our duck-list and saw, very briefly a couple of Bearded Tits as they dropped into the reeds. A Raven called a few times as we sat in the hide but we never actually saw it.

Just before we left a Marsh Harrier perched not too far from us and we enjoyed good views of it, and as we left, we searched for woodland species such as Treecreeper for a while without luck and very little was added to our list by the time we returned to the car.

We called it day at that point and I drove my two friends back to their campervan at the camp site. We arranged to meet up again tomorrow for some more birding.