With John and Sophie (stepson-in-law and Step daughter) down for the weekend we decided to go out for a long walk and Lyme Regis was an obvious choice. Our younger companions have two little dogs, both are miniature Dachshunds and are fun to have around (for a short while at least).

We stopped at Lambert’s Castle which has a dog walker’s dream area. Open heath and wide pathways. There was many dogs and owners all over the place, hence we saw very few species. I managed to list Goldfinch, Chaffinch, Blue and Great Tit, a distant Common Buzzard and a pair of Ravens. 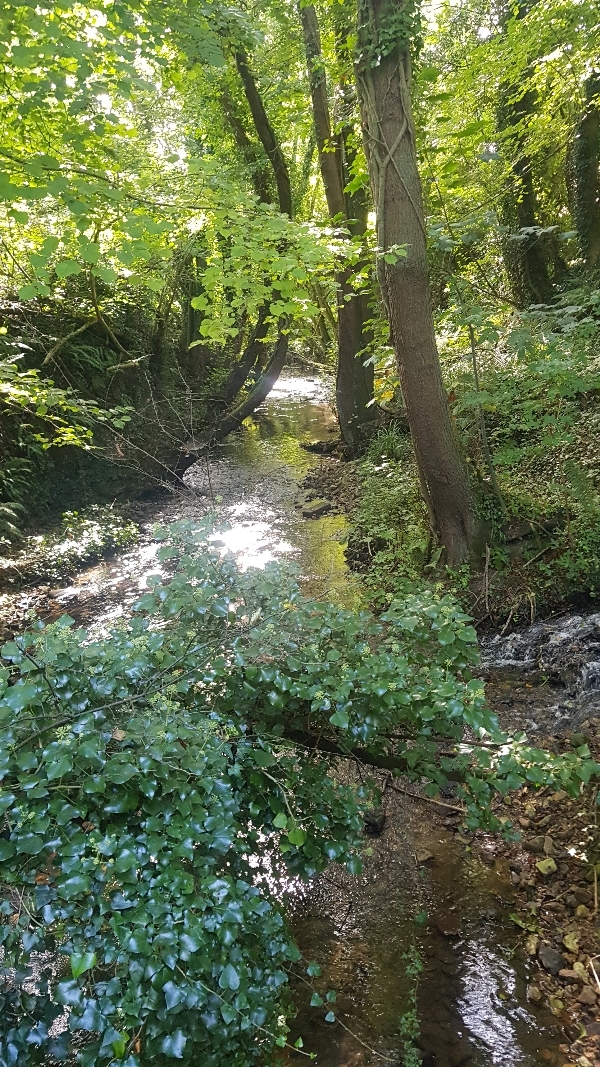 the River Lim at Lyme Regis

Our walk along the River Lim from Uplyme to the seafront at Lyme Regis produced very few sightings but I did manage to see a Dipper and had several sightings of Grey Wagtail.

We ate fish and chips on the beach and I scanned the Cobb for birds from a distance and saw only gulls and Cormorants. Nothing of note was seen on the return walk or the drive home.

I didn’t expect to see much at the reservoir so I was disappointed when that is exactly wat I got!! When I say not much, I mean I saw 20+ species but nothing different from the usual suspects.

The west pool is now, more or less, a puddle, it was perfectly still this morning and I tried to get a few reflection shots of Grey Heron and Little Egret. 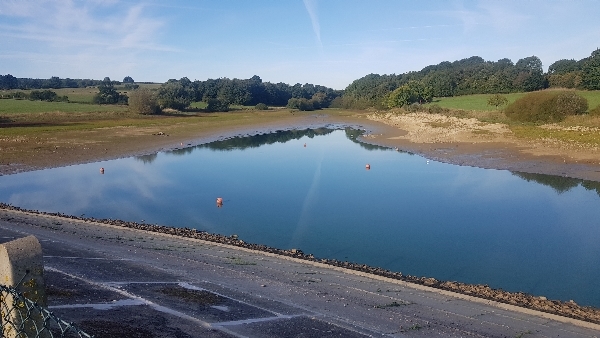 The west pool or should I say west puddle! 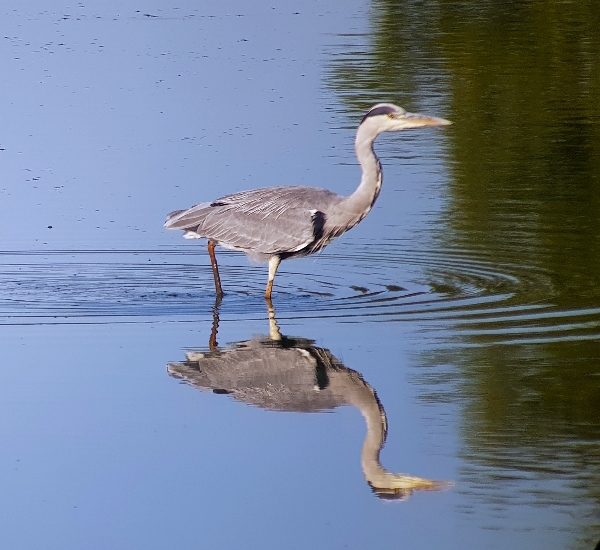 At the southern end (which is now dry) the water’s edge is midway along the southern arm now! Despite a good number of waders visiting the reservoir recently, alas there was none present today. 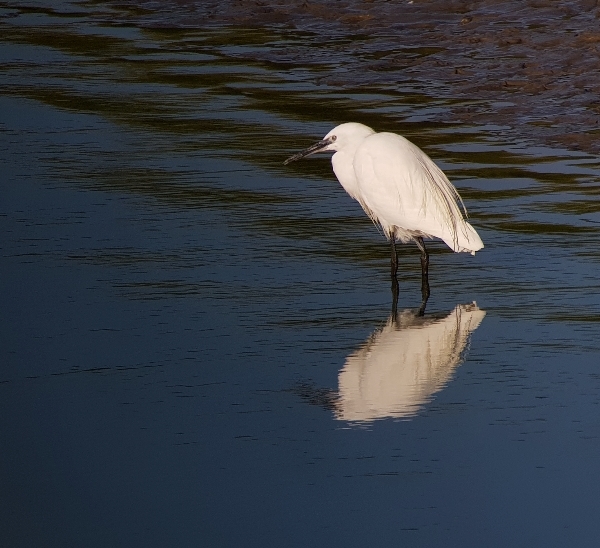 I did see 9 Teal, a Kingfisher, 4 Little Egrets, 3 Grey Herons, a flock of 18 Long-tailed Tits, a Chiffchaff and flyover Meadow Pipits, Skylark and a group of Rooks numbering over 100! 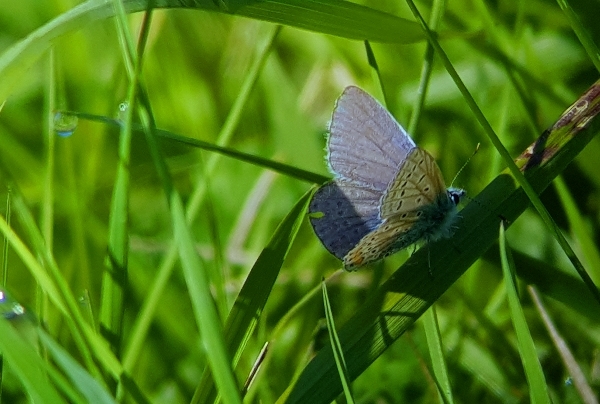 I couldn’t stay long because the four of us were taking out Mother-in-Law who recently celebrated her 92nd Birthday!