3 WALKS AROUND THE PUNTA UMBRIA LOOP

As the hot weather starts to abate we find that the early evening temperature is just right for walking..........

For the last 3 evenings Dawn and I have walked the Punta Umbria track which lies just north of the village and leads you through some fantastic cork oak woodland. 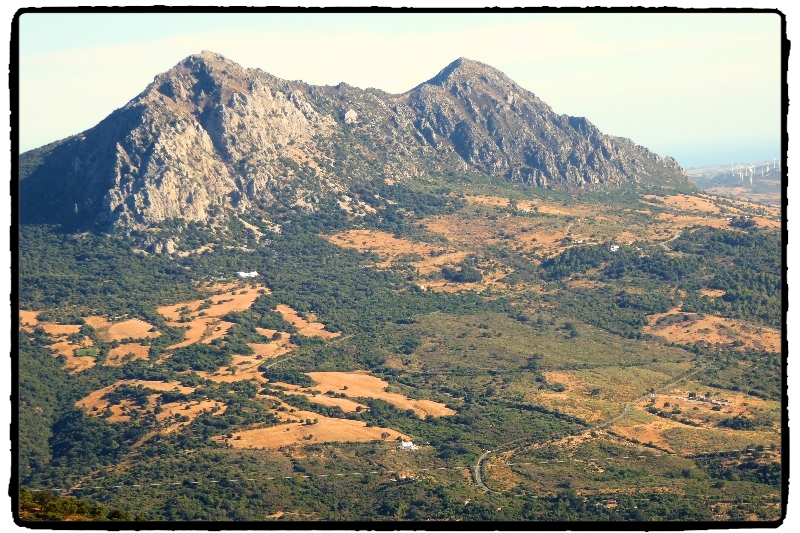 view of Sierra Crestellina from the Punta Umbria track

we bumped into a nice mixed feeding flock just after a Hoopoe flew up off the track. We saw Blue Tit, Great Tit, Coal Tit, Long-tailed Tit, Serin, Chaffinch, Greenfinch and Cirl Bunting in the flock.

Further along the track we noted: Great Spotted Woodpecker, Jay, Short-toed Treecreeper and Crested Tit.
As we walked back down the hill towards the village we noted 21 Honey Buzzards (7pm) and two very noisy Booted Eagles (locals not migrants)

A clearer sky this morning saw a good passage of migrants, between 11:30am and 2pm I watched the small area of sky visible from my courtyard, aightings included:

111 Honey Buzzards,  3 Marsh Harriers, 3 Short-toed Eagles, 5 Booted Eagles, 11 Black Kites and several flocks of Bee-eaters. Common Swifts passed over in their hundreds and I noted several Alpine Swifts with them. 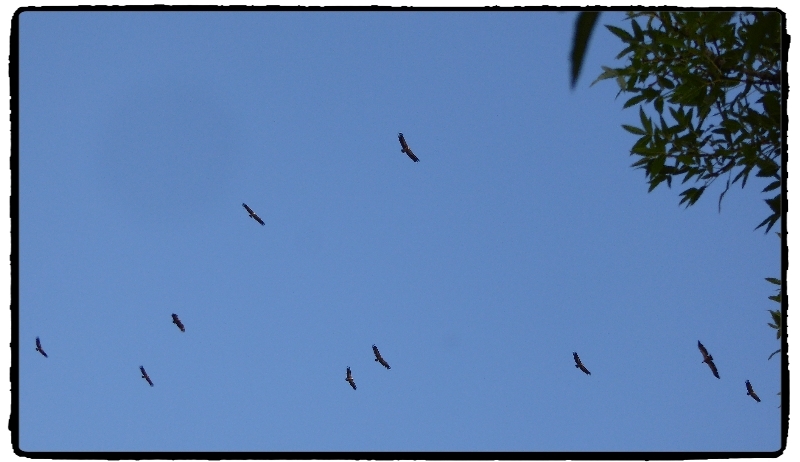 a few Griffon Vultures over the house today

A shift in the wind produced some fantastic clear light, we walled at 5pm, not much seen on passage and the woodland was fairly quiet. The usual noisy Booted Eagles were up and calling, as were the Jays, we did see Mistle Thrush and a few Sardinian Warblers.

Just a couple of Black Kites and 5 Honey Buzzards passed over very high up.