WEATHER: a very windy day but it stayed dry until 4pm! Overcast all day,

THIS IS NOT A BIRDING HOLIDAY!

We all had breakfast at 8:30am and it was almost 10am by the time we set off for Marizion. We intended to walk to Penzance along the coastal track and then onto to Mousehole.

My god it was windy, but luckily it was coming from the south-east and it was in our backs as we walked. The tide was very high with hardly any beach visible. I did see a few species of birds along the first part of the trip,a small flock of 5 Sanderling, a few Oystercatchers, Curlews, both Cormorant and Shag and a few Black-headed and Herring Gulls. 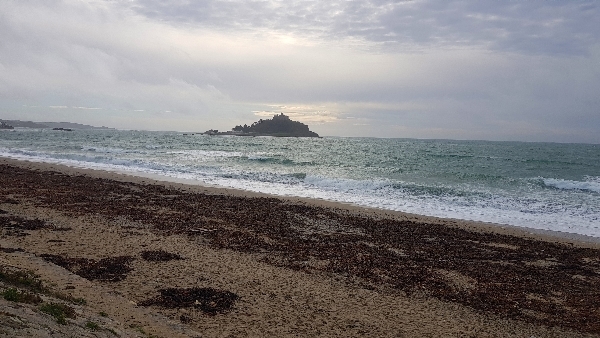 Along the path I saw many Pied Wagtails, Meadow Pipits and Rock Pipits, I looked out for Black Redstarts without seeing one. At Penzance I also checked the staion buildings for Black Redstarts which had been seen yesterday but it really was wtoo windy for birds to sit perched on the roof.

The girls went shopping in Penzance for woolly-hats whilst I carried on to visit Jubilee Pool. I have searched the rocks that surround the pool area many times for Purple Sandpiper but usually it is early October and too early to see these over-wintering gems. 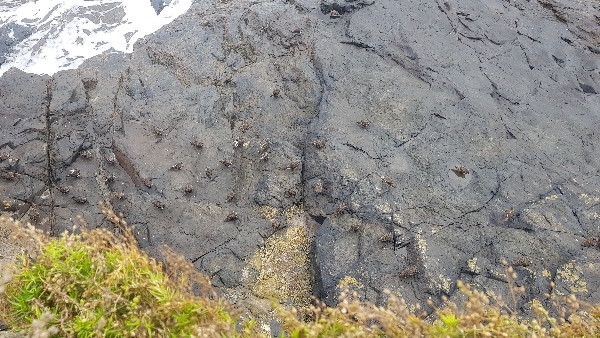 there 30+ Turnstones in this picture

I saw over 60 Turnstones before I found the Purple Sandpipers, all three of them!! I couldn't get a picture as they remained too far from me and I never had my scope. 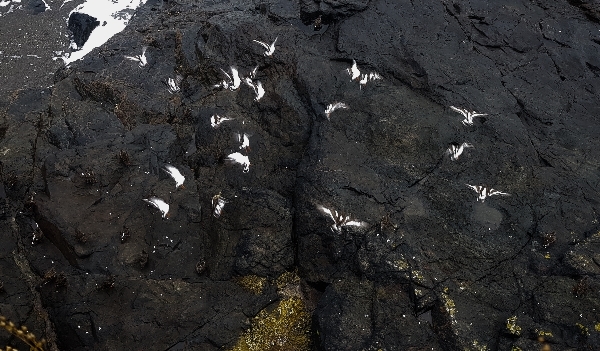 Dawn, Celia and Rachel met up with me a few minutes later and they continued to Mousehole which was another 3 miles alway along the coastal path. I decided to walk back to Marizion and collect the car so I could drive to Mousehole to pick them up. 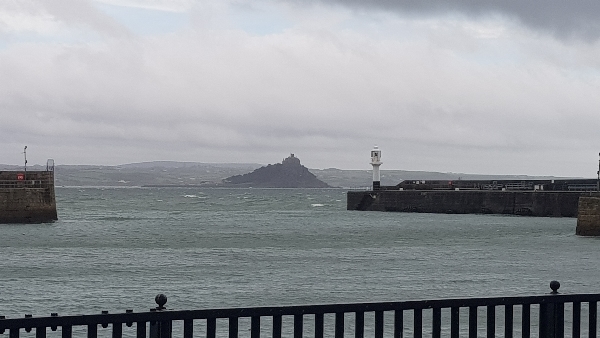 The Mount from the harbour at Penzance

On the way back I found a late Northern Wheatear on the beach area and saw more waders (although dog walkers and dogs were out in their droves). I added Ringed Plover, Bar-tailed Godwit and more Sanderlings to the list but nothing else. The sea was too rough to see much sitting on the water. I also two Kingfishers, one in the harbour at Penzance and one along the beach on the way back., 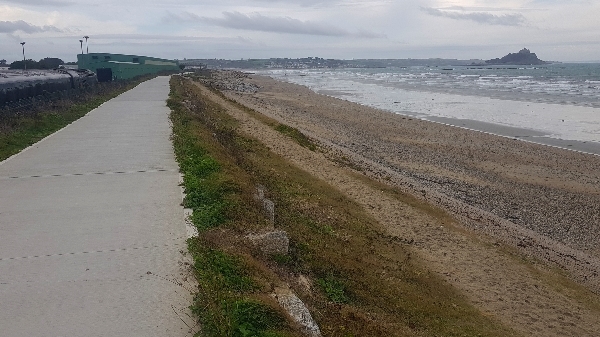 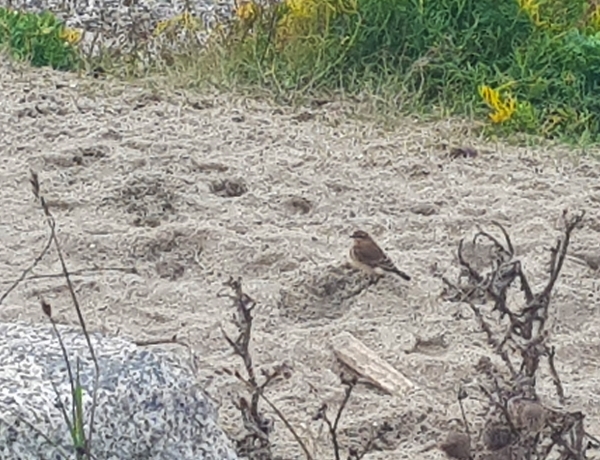 On the Pool at Long Rock I saw Mute Swan, Coot, Moorhen and a couple of Mallards, I didn't venture onto the reserve at Marizion Marsh.

At Mouseole I met up with the girls, I found them in a cafe, we stayed for another hour or so but it started to look like rain so we drove back to Marizion. I did see a Grey Wagtail in the harbour area of Mousehole. 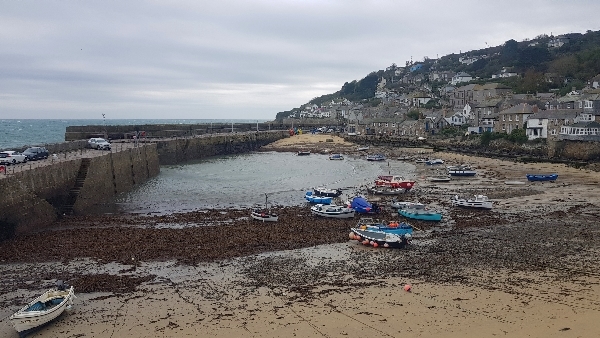 the sheltered harbour at Mousehole

It was almost 3:30 when we got to the St Michael's Mount causeway and we were told that the gates onto the island were closing at 3:30pm becuase the tide was coming in and wouls submerge the causeway very soon. We managed to get across and stay for a little while but we never made to to the top of the 'Mount'. We saw a Little Egret feeding in the rocky pools that surround the causeway. 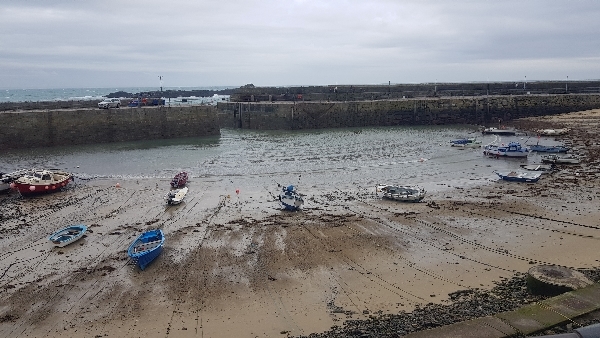 On the way back the waves were lapping up and over the casueway and we just about made it across without getting wet! 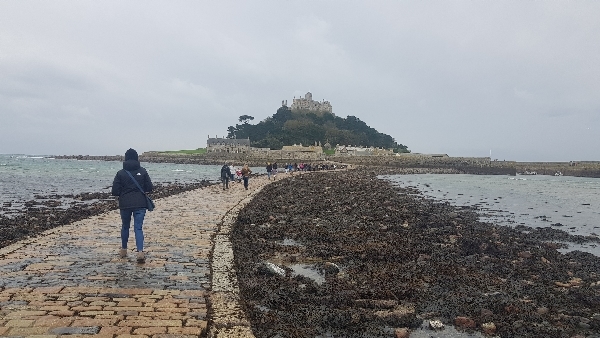 the causeway onto St Michael's Mount

It started to rain as we walked back to the car so we called it a day and drove back to the hotel. Dinner was fish n chips in Hayle.