A WALK FROM WEYMOUTH TO FERRYBRIDGE AND BACK

A WALK FROM WEYMOUTH TO FERRYBRIDGE VIA THE RODWELL TRAIL

I know I had put on some weight during our summer in Spain, so…………..I had my haircut today! Unfortunately, my weight remained the same, therefore we tried Dawn’s remedy, a long walk, we made 17,000 steps today and according to Dawn that’s just a starter!!

Driving down to Weymouth at 9am was very pleasant, we parked next to RSPB Radipole Lake reserve at the tennis courts. From a fishing platform I scanned the main lagoon noting many Coots, Shovelers, Common Pochard, Mallards, Gadwall and Black-headed Gulls. I also noted a few Great-crested Grebes, Cormorants, Grey Heron, Mute Swans, Canada Geese and Moorhens. A few Swallows and House Martins dashed over the water. 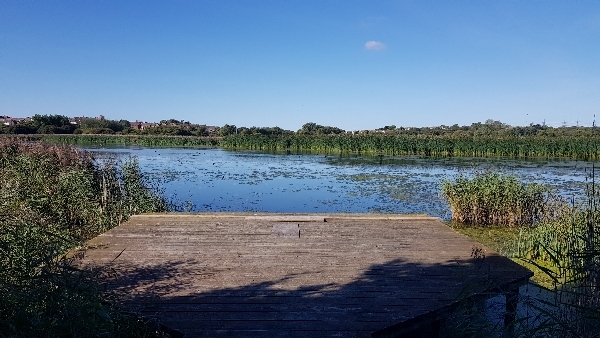 We walked down to the main Swan Car park and from the small wooden bridge just outside the visitor’s centre we saw more species. Tufted Ducks, Teal, Herring Gulls and two nice egret sightings were made of Cattle Egret and Great Egret. 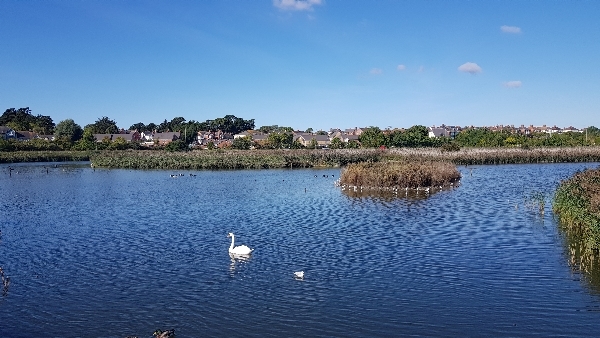 from the bridge at the Radipole visitor's centre

In the main Swan Pool we added Little Grebe to the day list. We crossed the town bridge and made our way to the start of the Rodwell Trail. This 4km trail takes you from the centre of Weymouth out to Ferrybridge. It was a very pleasant walk and although we did not many birds at all we saw dozens of butterflies. Small and Large Whites, Red Admirals and Speckled Woods were in abundance whilst Clouded Yellows appeared twice. Quite a few Migrant Hawkers we zooming around too. 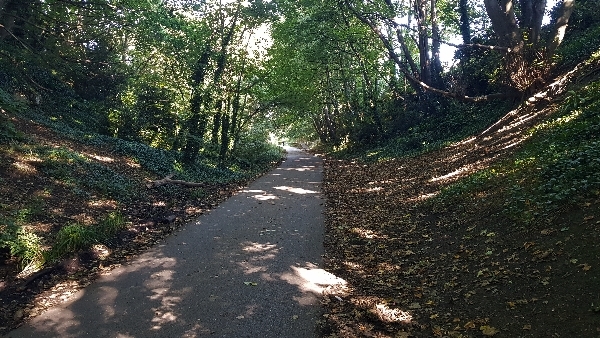 At Sandsfoot Castle we stopped for a coffee break and sat in warm sunshine, the parkland area around the castle was packed with people.

At Ferrybridge we noted that the tide was just turning, a few large gulls loafed on the shingle, Great Black-backed Gulls, Herring Gulls and Black-headed Gulls. We sat in the café and ate lunch whilst watching birds through the picture windows. As the tide receded a few dozen waders appeared, we saw Dunlin, Curlew Sandpiper (3), Red Knot (4), Little Stint (1), Greater Ringed Plover and a single Oystercatcher. 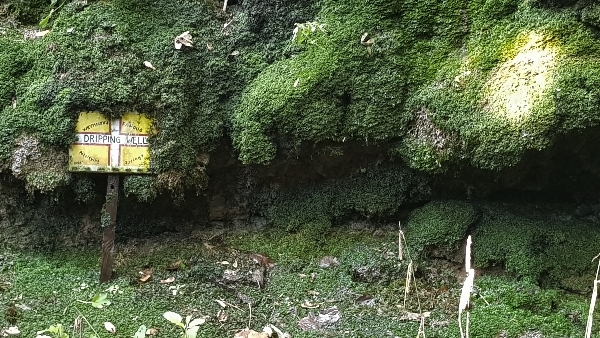 Up to 7 Sandwich terns dropped in and a single Mediterranean Gull circled and then dropped onto the shoreline. Linnets, Goldfinches, Skylarks and a large group of Starlings were seen around the buildings along with House Sparrows. 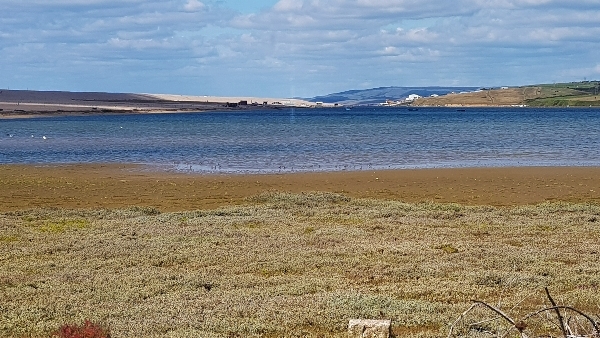 Ferrybridge from the cafe window 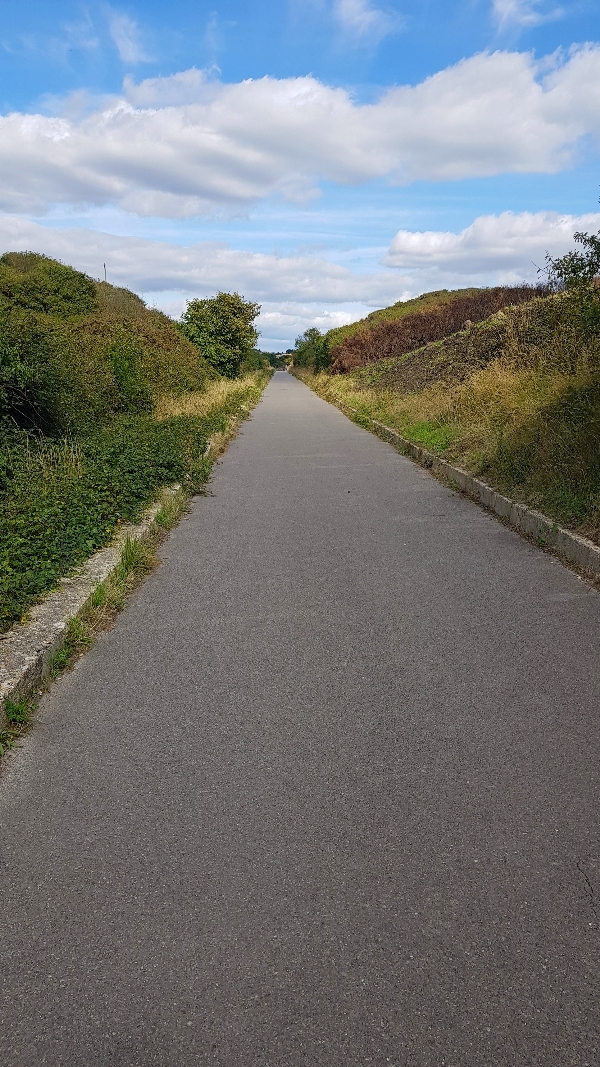 the Rodwell Trail looking from the Ferrybridge entrance 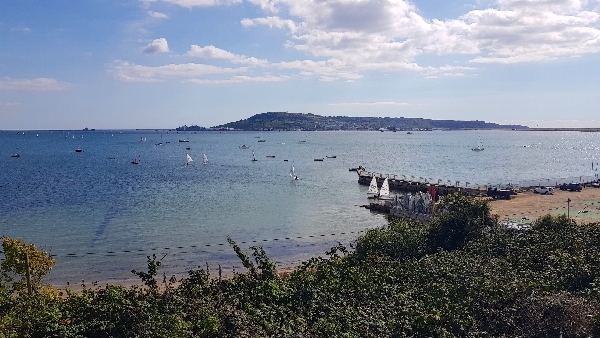 looking across Portland Harbour to Portland 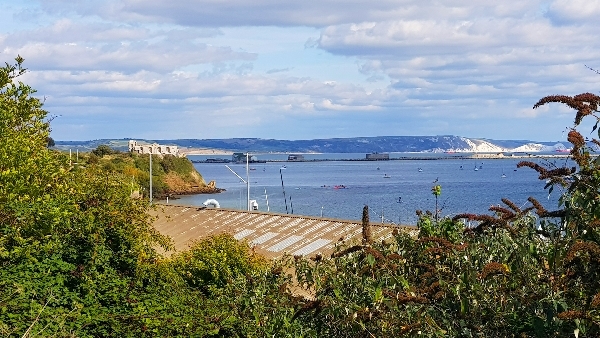 Sandsfoot Castle and the 'White Nothe' in the distance

Back at the car after walking 17,000 steps I was pooped, we drove home and lo and behold, surprise, surprise, my weight had not changed. So that proves that lots of exercise does not mean that you lose weight!!!