Our first day began at Malaga Airport, it was raining and rained for most of the day but we did have an hour or two in the afternoon with dryer warmer weather. We did managed to see over 55 species including some nice migrant species............

I collected Jimmy at 10am, we then drove straight to a favourite area of mine which is close to the airport. A large area of open scrub with a stream (in flood) lay in line with the main runway at Malaga airport and is usually good for a number of species. A Eurasian Hoopoe was our first sighting, nice one! At the main car park near the beach we stood on a raised bank and viewed a stream, a golf course, some scubland and the sea. 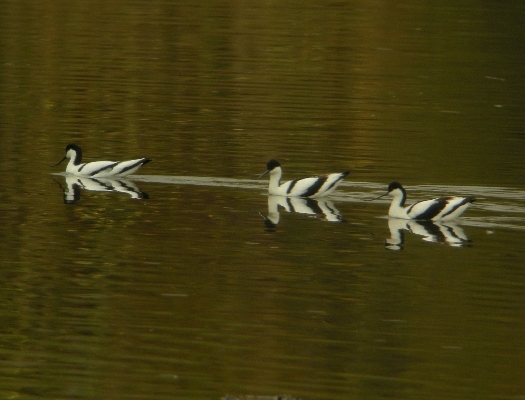 Over the course of an hour we saw a good number of species, a couple of Little-ringed Plovers, Common Sandpiper, White Wagtail and lots of Barn Swallows, Sand Martins and House Martins flew over the water. On the fence around the gold course we saw Woodchat Shrike, Serin, Greenfinch, Meadow Pipit and a few Monk Parakeets. 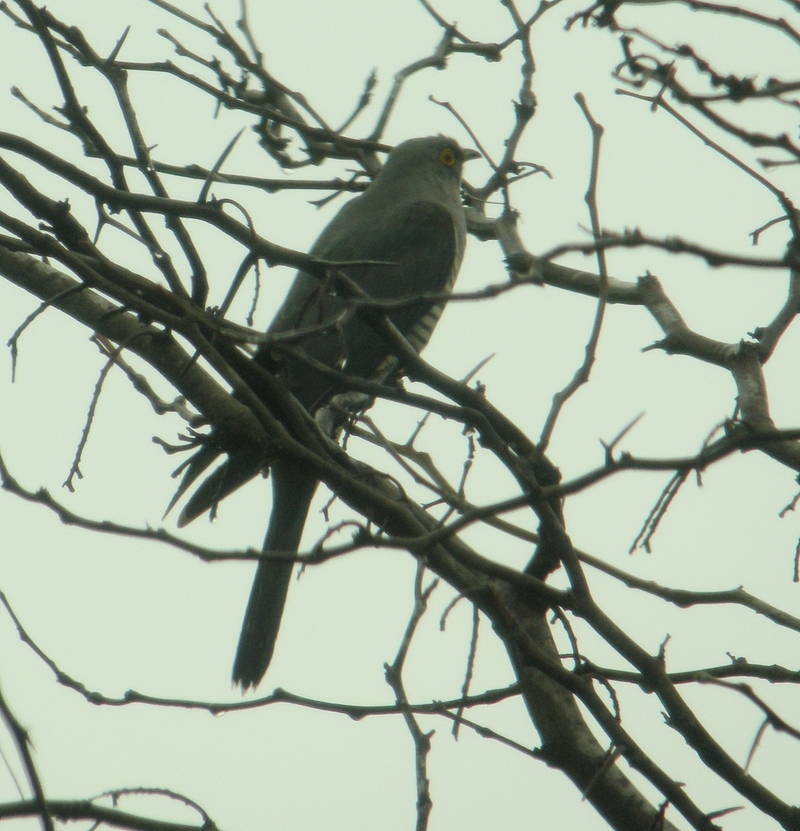 Out at sea a large flock of gulls held; Audouin's, Mediterranean, Black-headed, Yellow-legged and Lesser Black-backed Gulls, we also saw Northern Gannet, Common Scoter, a few Pilot Whales, Common Dolphins and a distant, unidentifyable Skua. In the scrub and reeds we found a number of Common Chiffchaff and a single Bonelli's Warbler.

After stopping off to buy lunch and sheltering from a heavy shower we drove about a mile to the Nature Reserve at Guadalmar, the Desembocadera de Guadalhorce, this reserve has recorded more species than any other reserve in the whole of Spain! The river Guadalhorcecsplits into two and surrounds a central area of lagoons, scrub, open grassland and reedbeds. The rain eased as we made our way across a bridge onto the central area, we saw Grey Heron, Common Pochard, Common Coot and Zitting Cisticola along the way. 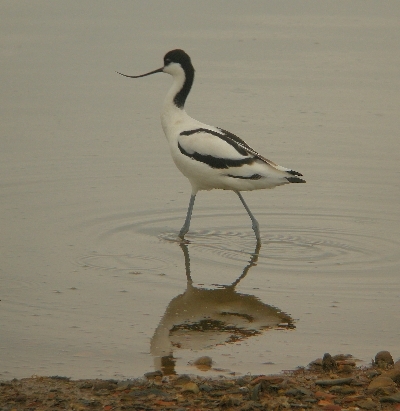 At the first lagoon we found our main target species, the WHITE-HEADED DUCK, several males fed in to pool, we also saw Common Pochard, Gadwall, Common Snipe and a Subalpine Warbler. Along the track we stopped to watch a Common Cuckoo, Corn Bunting, a perched Booted Eagle and a few more Woodchat Shrikes.

Lagoon number two gave us better views of the WHITE-HEADED DUCK, also Little Grebe, Northern Shoveler and a party of 15 Avocets dropped in, they actually landed on the water and swam, it was too deep for them to wade! 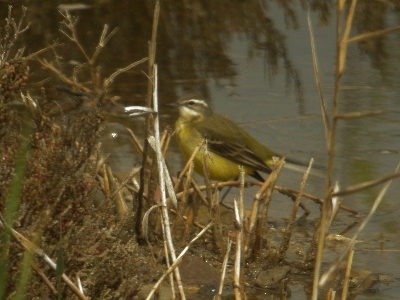 Laguna Grande provided the best birding, we had close views of Black-winged Stilts, Yellow Wagtails, Little-ringed Plover and many other species fed a little further away, these included Redshank, Greenshank, Black-tailed Godwit and lots of Great Cormorants. 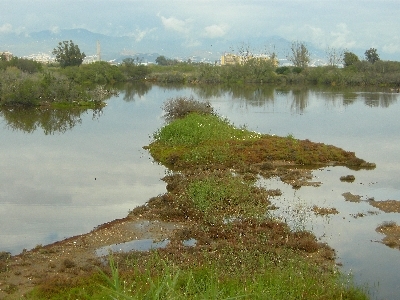 Laguna Grande with Malaga in the distance

From there we drove down the coast before turning off to Gaucin, my home village. The rain came down as we reached the mountains, it got very dull as we drove through low cloud. Our birding was over for the day, so we went to my house where Jimmy was staying for the week. Dawn served us a lovely dinner at 7pm. JImmy retired around 8:30pm after a very long day.