AUTUMN MIGRATION HAS STARTED IN EARNEST

Reports of increasing numbers of birds of Prey over southern Spain heralds the beginning of the Autumn mass migration.

Huge numbers of Black Kites were reported from Gibraltar during the second week of August, this was due to strong easterly winds which prevented the birds from crossing over the Strait to Morocco and caused a massive build-up. 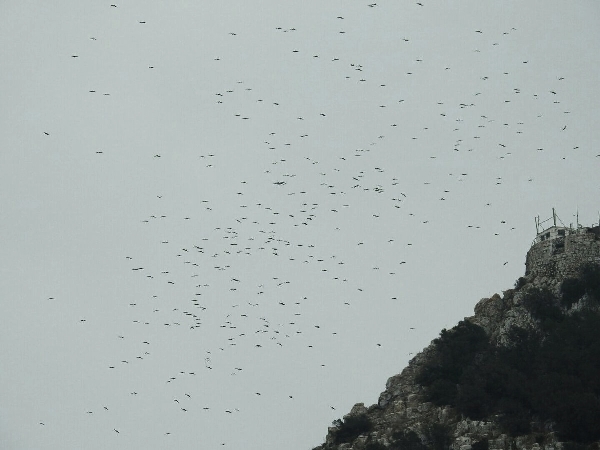 Elsewhere the first Honey Buzzards were seen over Gaucin today by Paul, he also reported sightings of small numbers of Black Kites and Egyptian Vultures.

Nearly all the swifts have now left the village with fewer numbers of House Martins and hardly any Barn Swallows remain.

THERE ARE STILL PLACES AVAILABLE FOR THE FIRST MIGRATION TOUR SEPT 2ND  - 9TH  CONTACT ME IF YOU ARE INTERESTED!