Another superb day in Southern Spain, we saw some terrific species in glorious weather, it doesn’t get much better than this!

After an early breakfast we set off for Laguna Medina which is a large body of water just outside of Jerez. We found a Pied Flycatcher in the car park after an hour’s drive, noting Black Kite, Short-toed Eagle, Common Buzzard, Marsh Harrier, Cattle Egret, Jackdaw, Spotless Starling and Crested Lark along the way.

Watching a Pied Flycatcher in the car park at Laguna Medina

Our walk took us along the main track to the only hide at this site, we stopped to scan the huge number of ducks on the lake, they consisted of mainly Mallard, but we also logged Common Pochard, Common Teal, Gadwall and singles of White-headed Duck and Garganey.
The bushes along the track held Cetti’s Warbler, Common Nightingale, Sardinian Warbler and Zitting Cisticola. We noted a good number of Red-legged Partridges in the surrounding fields along with crested Lark and Common Stonechat.

From the hide we added a few more species but most of them were distant sightings, two Ospreys, Great-crested Grebe, Common Sandpiper, Little Ringed Plover and a Reed Warbler. A Hoopoe flew over the hide and across the lake whilst Common Kingfisher dashed across our line of vision a couple of times.

We left Medina and drove across to Sanlucar where we visited the small pools dotted around the north side of town. A nice selection of species was present including MARBLED DUCK, we found two of these rare beasts. Other species included White-headed Duck, Purple Swamphen, Common Pochard, Little Grebe, Green Sandpiper and several others. 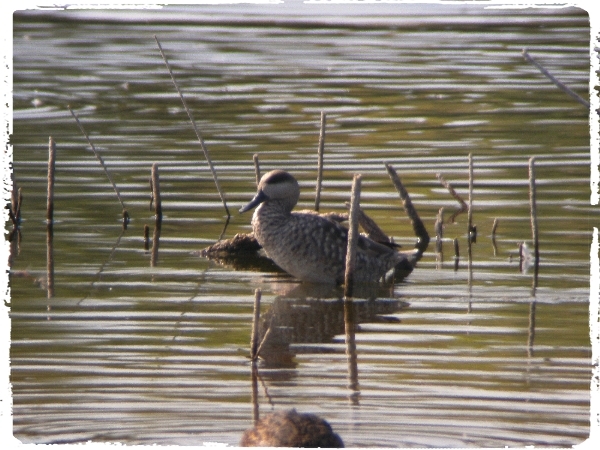 One interesting sighting was of a Mallard, it seemed to be struggling in the water with its head below the surface, on closer inspection we could see that it was being drowned by Terrapins!! A bizarre and ghastly scene as we watched 3 or 4 Terrapins hold the duck down to kill it, I assume to eat it!

A second pool produced sights of Squacco Heron (2) and Night Heron (3) as we as more Swamphens and common ducks. 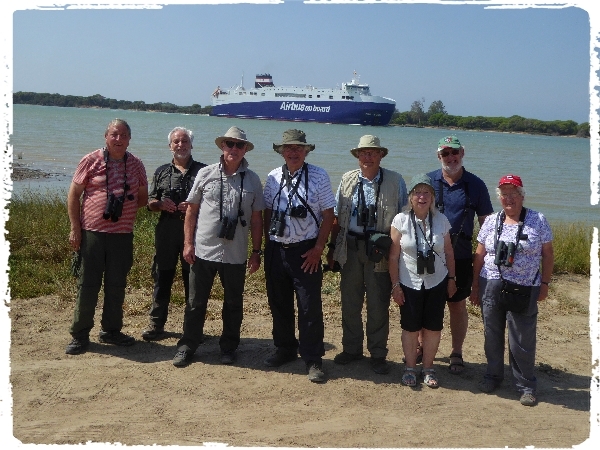 standing on the bank of the mighty Rio Guadalquiver - a ship makes its way to Sevilla some 80km upriver!

Bonanza pans were terrific as usual we spent a lovely time there, a drive through the area found us watching a good selection of waders and the number of Greater Flamingos was impressive. Slender-billed Gulls didn’t impress the group but Black Terns along the river did as well as Little Terns and another three Ospreys. 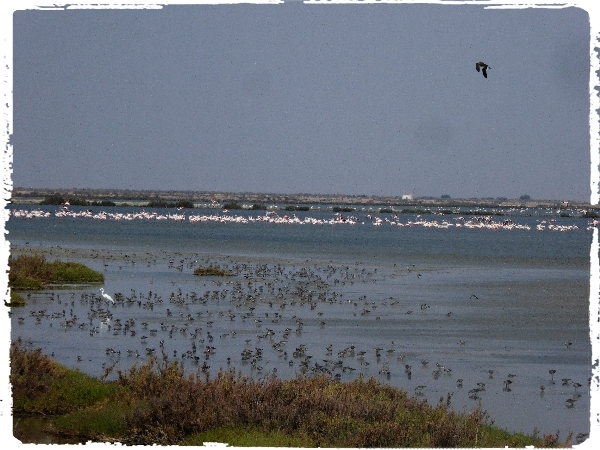 a huge number of waders and flamingos at Bonanza

Up to four Caspian Terns quartered the nearest pool, diving to catch fish whilst at least a thousand Greater Flamingos fed all around us. The wader numbers exceeded 500 too! 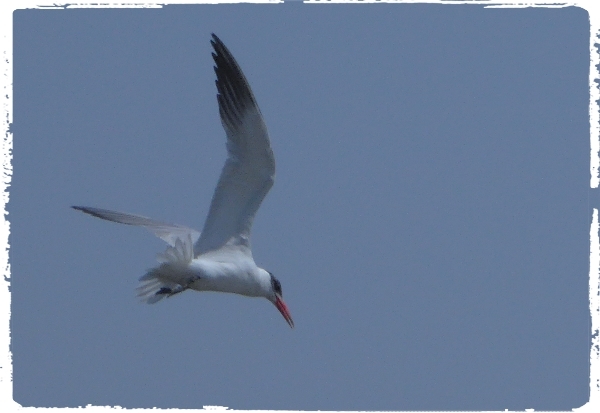 A quick visit to Laguna Tarelo was nice, another 9 MARBLED DUCK were present with a local celebrity the RUDDY SHELDUCK and about 25 WHITE-HEADED DUCK. Many other birds rested on islands including, Northern Shoveler, Gadwall, Common Teal, Common Pochard and a number of common waders.

We popped into Algaida Woods to look for migrant passerines, but found the biting flies a bit too much to handle. We found Tree Sparrows, Short-toed Treecreeper, Spotted Flycatcher and a single Olivaceous Warbler.

Lastly we dropped into the town of Chipiona on the way back to the hotel. It was very windy there but we managed to see several of our target species, LITTLE SWIFT! These little beauties are nesting near the beach and performed well, we also logged Ruddy Turnstone and a few gulls.

Finally we set off for the hotel at 4:30pm arriving just over an hour later, a cold beer went down well. We had seen 87 species including some excellent sightings of rare European birds.