Today was my weekly 'green' day, which means I leave the car at home and make my Carbon Footprint as small as I can. I took the 7:35 train from Yeovil to Weymouth and arrived at 8;24, it was fairly bright with some cloud as I approached Radipole Lake RSPB reserve some 4 minutes later. I had set myself a target of seeing 60 species and I expected to walk about 10 miles! I started listing from the train and notched 12 species during the 49 minute journey. 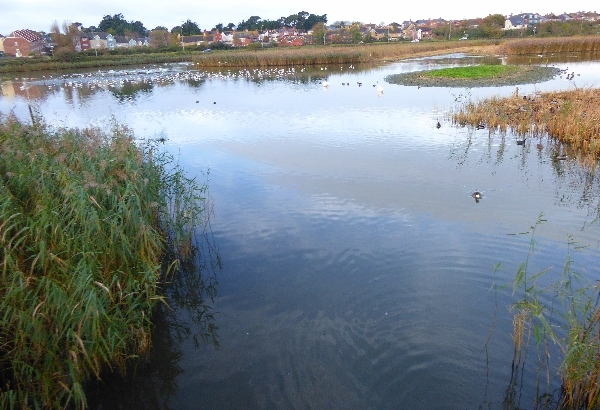 Radipole was buzzing with hundreds of gulls, tons of ducks as well as my best sighting, 12 Bearded Tits. What a little gem that species is, they were a bit too far for photographs so I made a short video which I ditched later - poor quality. 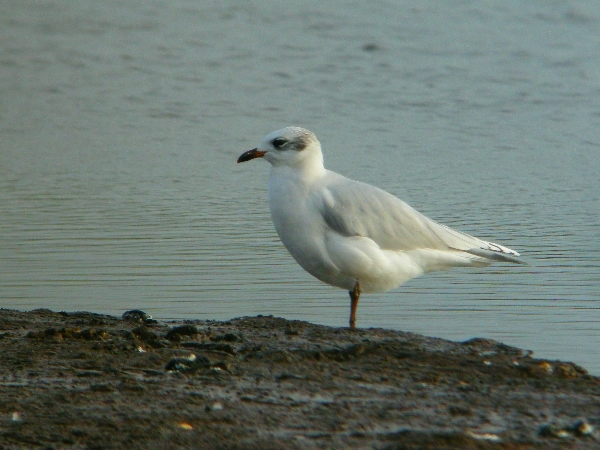 I walked the length of Radipole Lake Lane hoping for a Bittern sighting but I didn't get one so I went to church instead! I left Radipole with 34 species on my list, not bad. 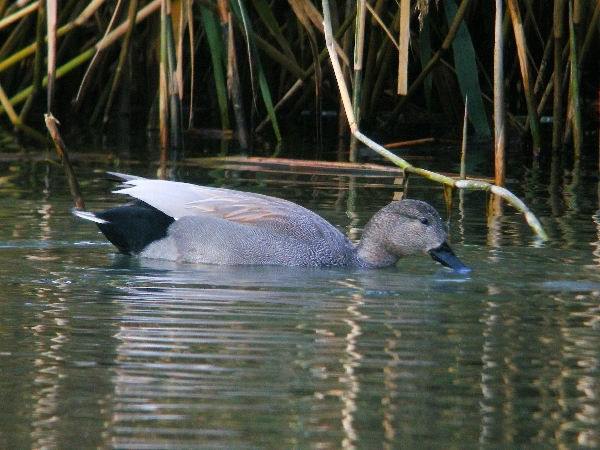 Yes, as I passed a local church I noticed that they had a coffee morning on the go, I was desperate for the toilet, so I popped in. Couldn't believe my luck, a coffee and a slice of homemade cake for 80 pence and you get a free re-fill! God works in mysterious and non-profitable ways.

Back to birding - I walked to RSPB Lodmoor taking the back door entrance at the end of Weymouth Bay Road, the first birds I saw were....Bearded Tits, amazing! But my main target was an American wader called Lesser Yellowlegs, which showed up just nicely. I also saw 3 Ruff, 12 Black-tailed Godwits, 22 Dunlin and dozens of Common Snipe. 2 Water Rails ran along the track in front of me and a Kingfisher dashed by. Other Lodmoor sightings included Goldcrest, Linnet, Stonechat, Greenfinch, Long-tailed Tit and Cetti's Warbler. I left Lodmoor at 12 noon with 50 species on the list. Surely 60 species was going to be easy? 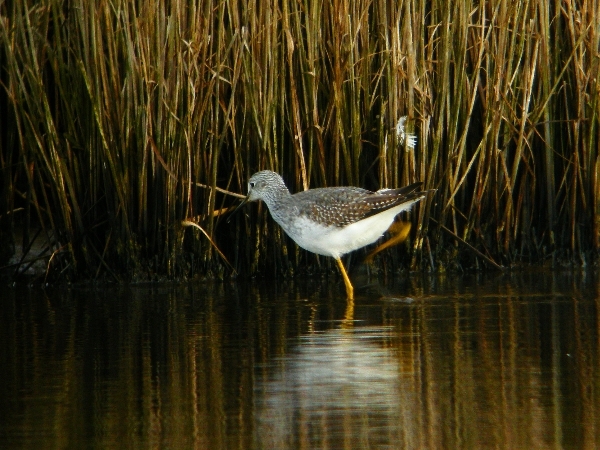 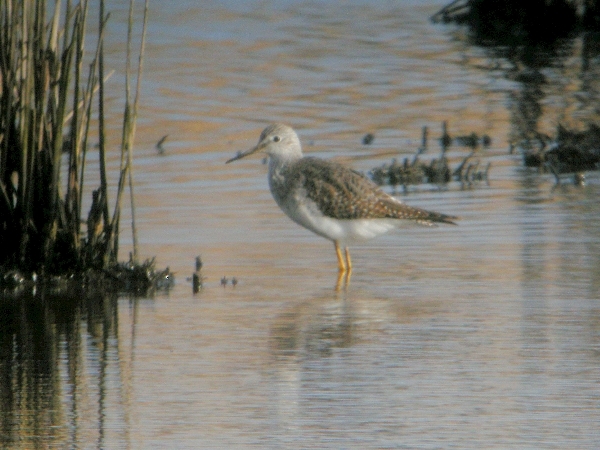 I walked across the main road at Lodmoor to the sea-front and scanned Weymouth Bay for sea-birds of which I saw practically zilch. A second scan produced a Great Northern Diver, a few Great Cormorants and a fly-by Red Throated Diver. My route took me along the entire length of Weymouth sea-front from Preston to the Nothe Fort. Just passed the fort I notched 5 Oystercatchers, 3 Shags and a distant group of 8 Black-necked Grebes. 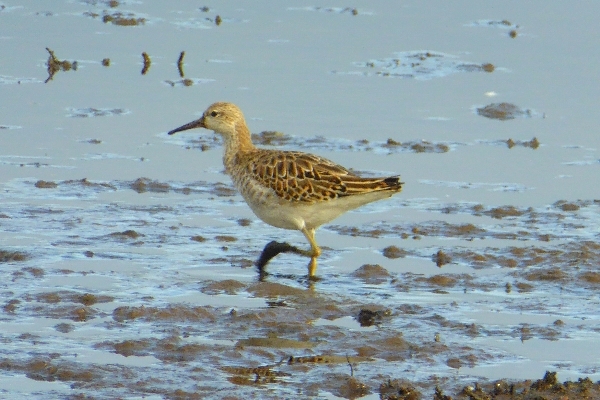 Ruff - a good sighting for November in the UK 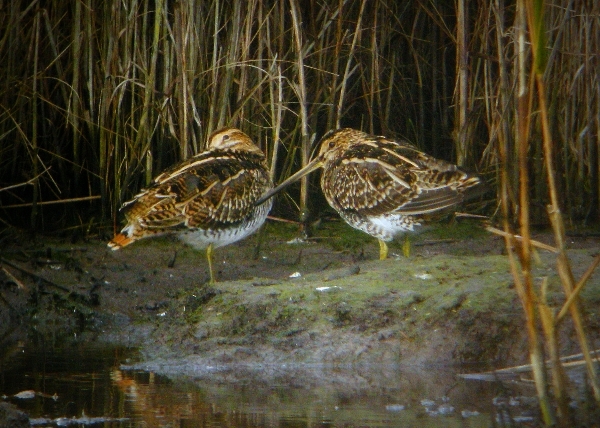 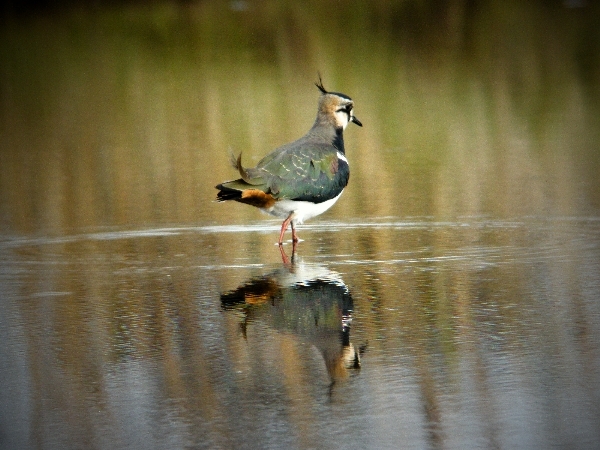 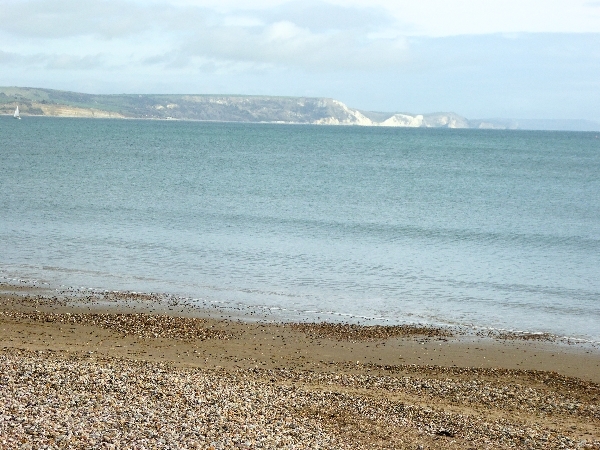 It seemed a long while until my next tick, I walked the coast path along the northern shore of Port Harbour passing below Sandsfoot Castle and Weymouth sailing club. It was hard going now, I had been walking for 6 hours. At 3pm I arrived at Ferrybridge, it had grown dull and overcast, at the visitor's centre I had another coffee, (£2.70....ouch! ), but it was lovely freshly ground coffee and worth every penny. 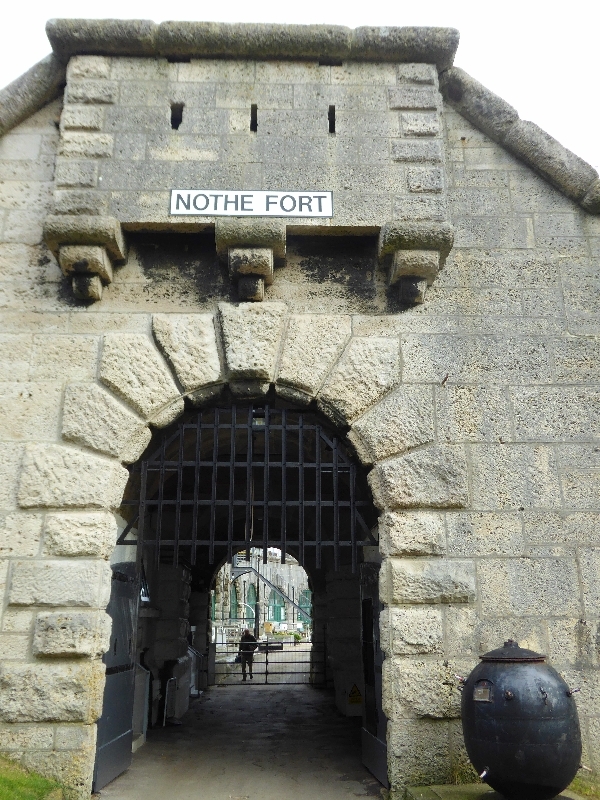 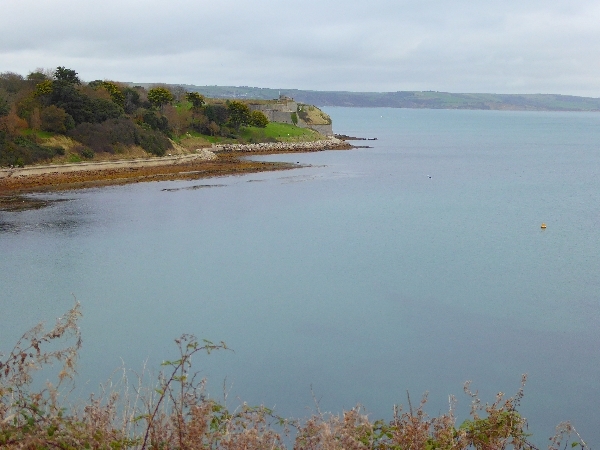 Looking back eastward at the Nothe Fort across the cove

A flock of some 200 Brent Geese were in the air just as I arrived and I clocked Grey Plover. I was now on 59 species, I was tired and the light was fading. Across the main road from the Visitor’s Centre, lies Portland Harbour, I decided to give it another scan. I struck lucky when I found 8 Ruddy Turnstones very close and two Pied Wagtails were feeding on kelp flies nearby. 61 species in the bag, then I found a Great Crested Grebe, 62. 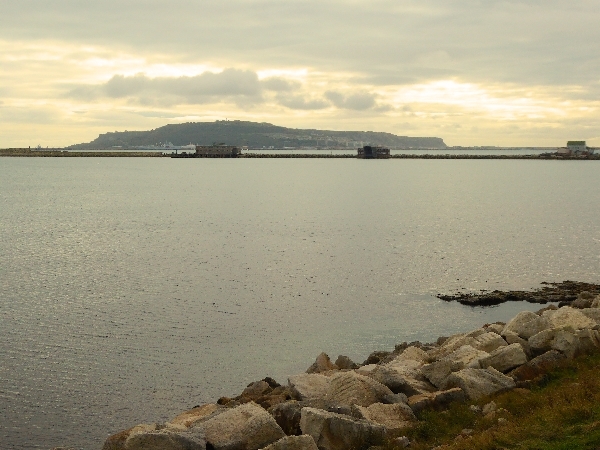 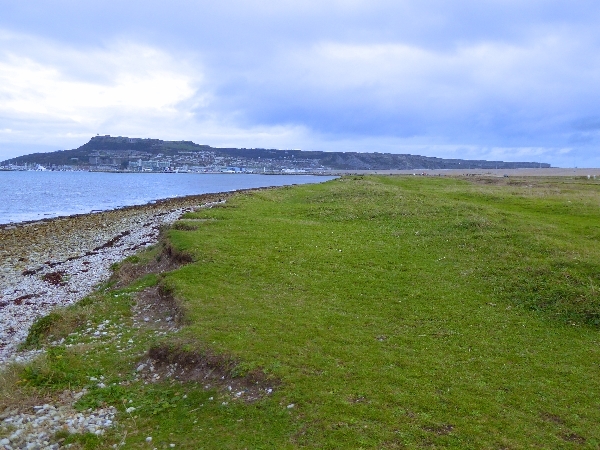 Portland - taken from the Harbour near Ferrybridge

I had to walk ½ mile to the nearest bus stop for my journey back to Radipole and the train station, (there was no way that I was going to walk back, my feet were killing me). I caught the 15:57 bus and got back to town 20 minutes later. Back at Radipole Lake I learned that I had missed a Siberian Chiffchaff and a Bittern! Hey, Ho you can’t see them all. On the Swannery Car Park I counted nearly 200 Pied Wagtails, a regular pre-roost gathering I’m told. I also added my last three species, Little Grebe, Wren and Song Thrush. Making 65 species – finished, job done. I caught the train back to Yeovil at 17:30, I was flaked out in my living room at 18:20, my ‘Tracking App’ on my mobile phone recorded 9 hrs walking and 11.2 miles covered!