BOURGAS WETLANDS – PODA RESERVE – BOURGAS SALINAS We spent all day in and around Bourgas, there are so many places to visit and so may birds to look for…….

Before breakfast we went for a walk in the strip of woodland between the hotel and the beach, it was quiet but we did see a few species. Cetti’s Warbler was new for us and a possible Thrush Nightingale would have been a great addition to the list but we never got good enough views. Golden Orioles, Olivaceous Warblers, Common Nightingales and common woodland birds filled the air with their songs.

We ate an English-style fry up for breakfast before setting off to Bourgas Lake for our morning’s birding. It was a beautiful sunny day, no clouds and no wind, perfect. Hundreds of White Pelicans crammed onto concrete platforms or sat on the flat calm water. The majority of them were White but a few Dalmatian were amongst them, they were joined by hundreds of Great and Pygmy Cormorants and lots of Mute Swans out on the water. We also saw good numbers of Common Pochard, Great Crested Grebes and Common Terns. A few Night Herons flew over, Great Reed Warblers sang from the reeds and a pair of Bearded Tits flitted about in nearby reeds. 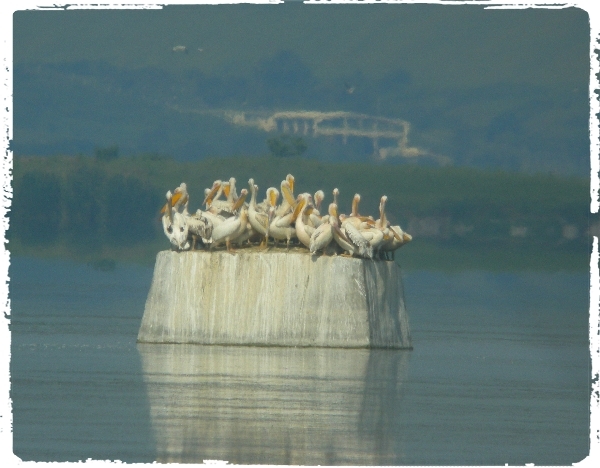 A second stop further south produced Purple Heron, Ferruginous Duck, Common Shelduck and Little Grebe. We then drove inland to visit the western side of the lake and it was there that we found our first Lesser Spotted Eagles, it was lovely to see them so well. Honey Buzzards, Marsh Harrier and Hobby added to the raptor tally. 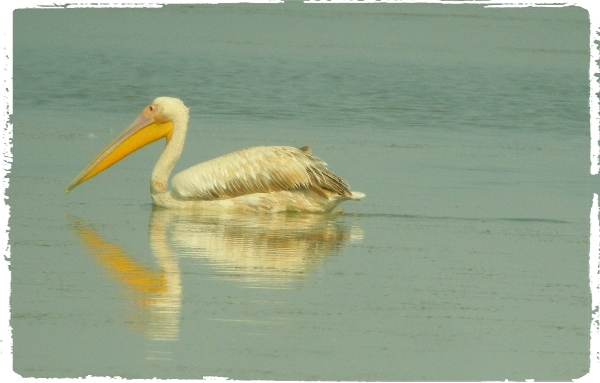 Another site further round the lake produced nothing new but better views of a lot of species, we also added a few passerines to the list such as Yellow Wagtail, Lesser Grey Shrike, Turtle Dove and Black-headed Bunting. 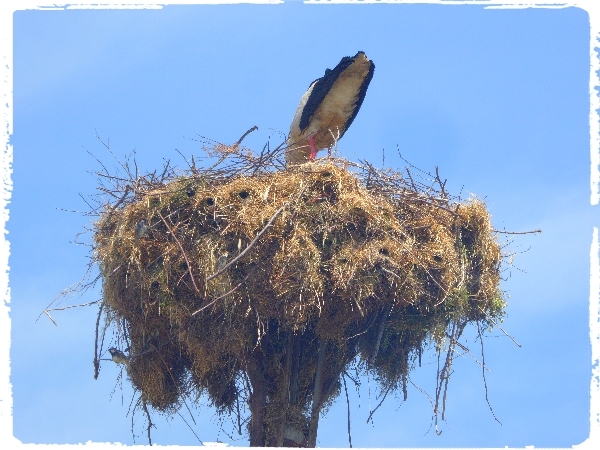 Stork's nest with about 30 Spanish Sparrows' nest built within it!

At a dam not far away we found Glossy Ibis with Little Egrets but a major find was a flock of about 10 ROSE-COLOURED STARLINGS!! This was a major find we had great views or them feeding and bathing in a pool, fantastic! We tried to get nearer to photograph them but they flew off never to return.

We ate our picnic lunch overlooking the lake, we spent time watching butterflies, dragonflies and birds of prey flying over. The rest of the afternoon was spent at Poda Reserve which consists of huge reed beds, open lagoons, shore-line on the Black Sea and a visitor’s centre. After visiting the centre we spent 2 hours walking the main track and visiting the raised hides. We added lots of new sightings including Little and Sandwich Terns, Oystercatcher, Black-winged Stilt, Little Bittern, Lesser Whitethroat and many more. 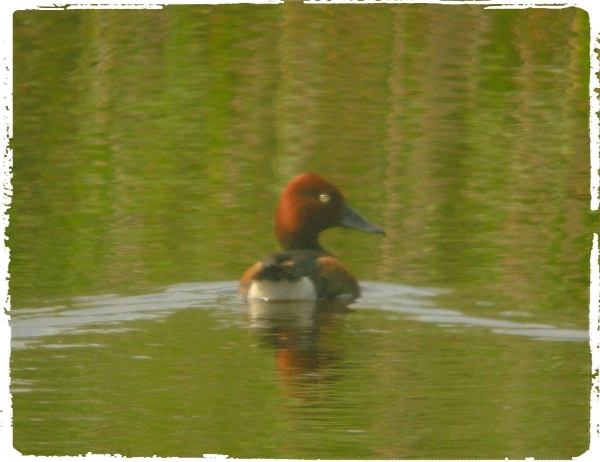 A very distant White-tailed Eagle sat on top of a tree, a single Black-necked Grebe sat out in the bay and Squacco Herons, Eurasian Spoonbills and Night Herons tended their nests in a small colony with Little Egrets. 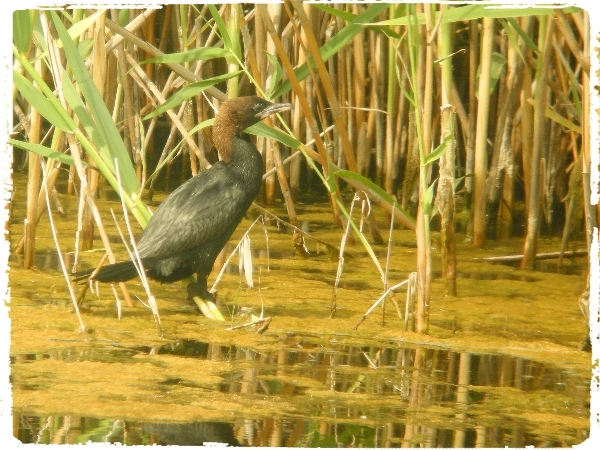 The Pygmy Cormorant showing its brown head - just after this photo was taken a Little Bittern appeared behind it in the reeds!

For our last venue we visited another part of the wetlands to the north where large salt pans could be scanned from a raised bank. We added a few new species there such as Eurasian Curlew, Pied Avocet and Slender-billed Gull but generally it was very quiet. Good numbers of Common Terns were using the breeding platforms, lots of Eurasian Spoonbills were feeding too and a flock of roosting gulls included Mediterranean, Black-headed and the Slender-billed Gull.

We were back at the hotel just after 6pm with time to take a leisurely shower before dinner. Tomorrow we are heading north towards the Romanian border to complete the final stage of this super tour. We have seen 166 species so far, Rose-coloured Starling was voted bird of the day.