On Christmas Eve I twitched a Yellow-browed Warbler in the centre of Yeovil, there was two birds in a flock of 'crests' - at least 10 Goldcrests and a single Firecrest had been seen over the last few days. Common Chiffchaff, Long-tailed Tit and many common birds were also in the same area. As the light was so bad and it was raining I never had an opportunity to digiscope anything. 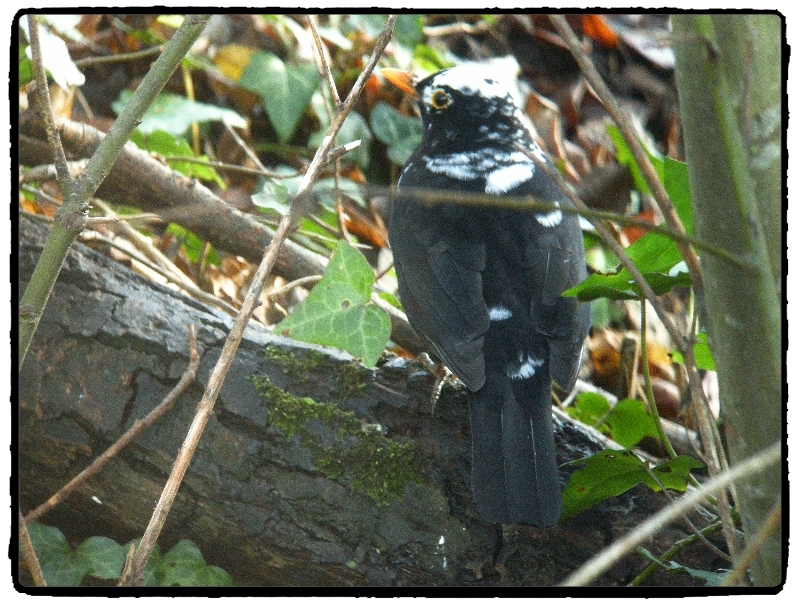 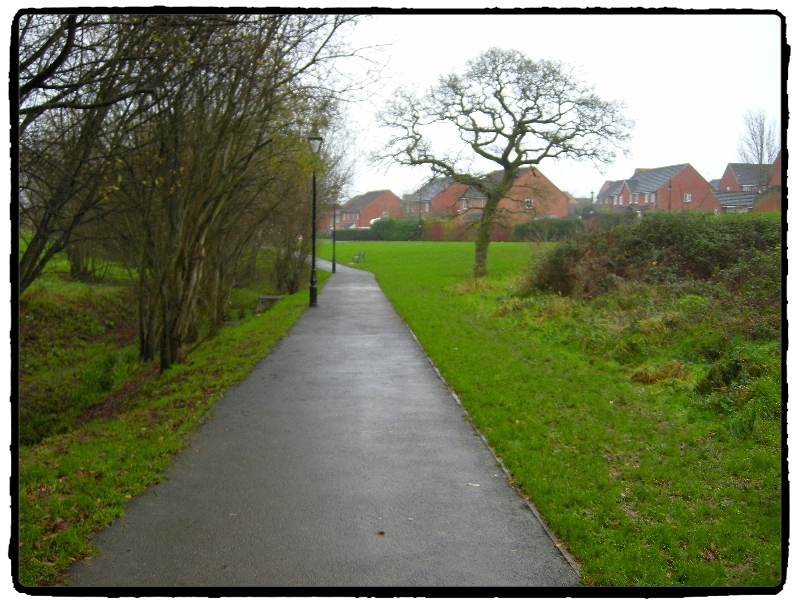 On December 27th. Dawn and I drove to Surrey to visit my son and his lovely family - our two grandsons are adorable but can wear you out. A morning walk on Thursley Common on December 28th  produced a few birds including Dartford Warbler but not the Great Grey Shrike we hoped for. 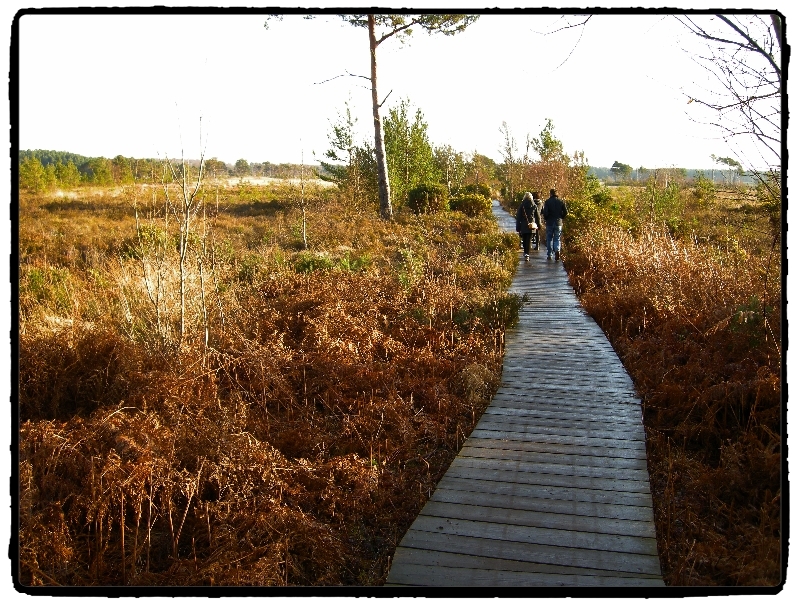 the boardwalk on Thursley Common

A similar walk early on the 29th December was taken at Frensham Ponds, the Little Pond produced many Goldcrests, Long-tailed Tits, Meadow Pipits, Reed Buntings, Shoveler, Tufted Duck and Mallards but again we dipped on another Great Grey Shrike. The Big Pond held fewer birds but a large flock of Siskins was nice to watch. 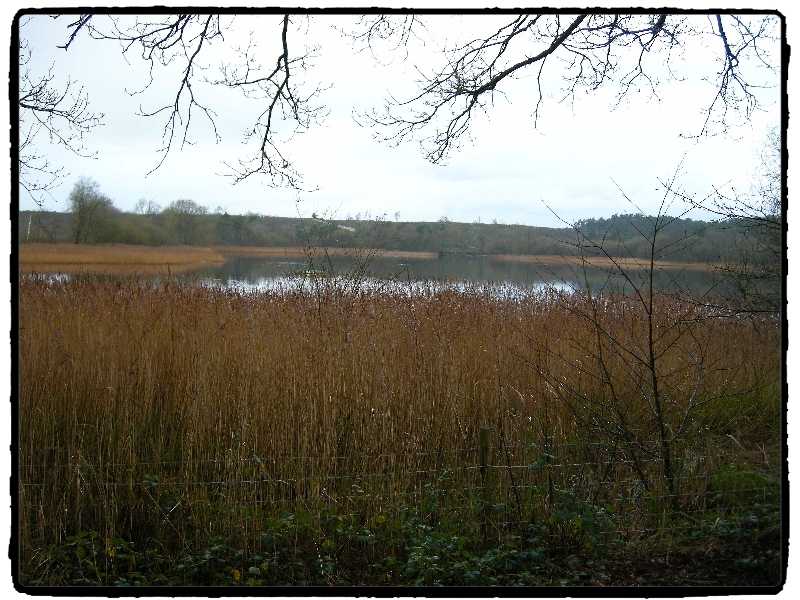 Frensham Little Pond - we heard Water Rail at this Point.

Today, 31st December I returned to the Yellow-browed Warbler site in Yeovil, it was bright and sunny but cold and windy! I saw one of the two birds but again I couldn't get a picture, from the look of things these birds will be overwintering here and will be a nice addition to my New Year's list.

Tomorrow I will be heading off into Dorset for my first birding of 2016 - watch this space for a good list to start off the year.

I WISH YOU ALL HAPPY BIRDING FOR 2016