​BIRDING AROUND OUR HOTEL NEAR THE AIRPORT

We arrived in San Jose late afternoon local time after an 11 hour direct flight from London, it was 28C a clear blue sky but a little windy.  Whilst waiting for the shuttle bus to our hotel we logged Grey-breasted Martin, Long-tailed Grackle, Western Kingbird, Black and Turkey Vultures and House Sparrow.

After settling into our rooms at the hotel we went for a late afternoon stroll, 11 of us assembled at 4:30pm in the hotel foyer. A short walk for about an hour produced a number of species, our first ‘hummer’ Rufous-tailed Hummingbird. Our first Tanager, Blue and Gray Tanager and lots of other firsts! Rufous-collared Sparrow, Rufous-naped Wren and lots of Crimson-fronted Parakeets, the trees around the hotel were flowering and dozens of parakeets fed on them. 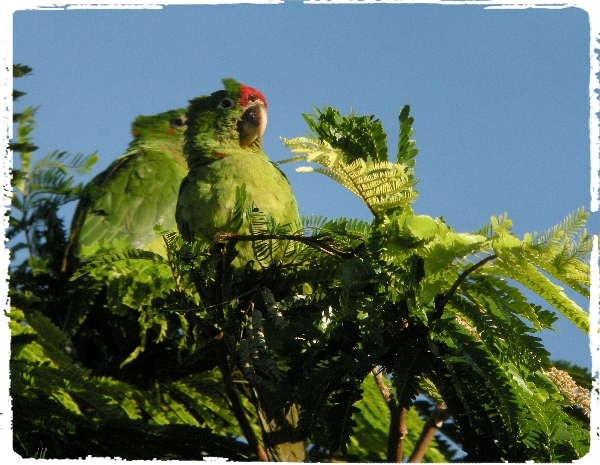 An area of wasteland produced more Grackles, Clay-coloured Thrush and our first woodpecker, a female Hoffman’s Woodpecker showed very well. A Cattle Egret flew over as did Blue and White Swallows, we found a Black Phoebe in a rock-strewn stream and our first reptile, the ‘Jesus Christ Lizard’ a big one!

Our last bird sighting was of a Yellow Warbler found in shrubs near the hotel swimming pool.

Our 12th group member, Eva, arrived after dark, so we were now all assembled at the hotel ready for tomorrow’s official tour.