A complicated morning of arrangements worked out just fine! Jimmy, Dawn and I left Gaucin at 8am. We collected a minibus at Malaga Airport at 9:30am then Dawn drove home and I dropped Jimmy off at Guadalmar before driving to the airport to collect Sue, Guy, Ian & Sue. They all arrived on time and we all drove to another area of Guadalmar where we spent 30 minutes birding before we set off to collect Jimmy, Paul and John from a hotel. During our short birding excursion we listed: European Bee-eater, Eurasian Hoopoe, Turtle Dove, Red-rumped Swallow, Purple & Grey Herons, Little Ringed Plover, Eurasian Jackdaw, Monk Parakeet and a few common species.

The group was finally assembled at 11:45, we then set off for Coto Donana via Teba and Laguna Fuente de Piedras. At the Teba bird of prey observatory we saw no birds of prey!! Unless you count 43 Griffon Vultures as birds of prey, we did see  Red-billed Chough, Crag Martins, Rock Doves and not much else.

Our drive to the huge laguna of Fuente de Piedras produced Red-legged Partridge, Common Buzzard and Black Kite. The laguna was virtually dry, we stopped at a mirador giving a gloomy panoramic view of a white coloured, barren landscape of dried salt with a small amount of water in its centre. About 1-2 thousand Greater Flamingos huddled together in the centre of the water, it looked like a second year of non-breeding for this species, normally on a good year 10-15,000 pairs would breed. 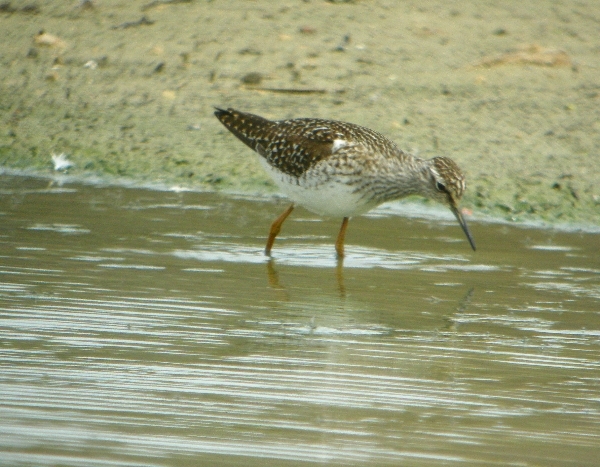 At the visitor’s centre there were more humans than birds, but a couple of seasonal shallow pools held a good concentration of species, the first of which was best viewed along the approach road to the centre.

We walked to the lagunas that are found at the rear of the centre’s main building, we squeezed into a crowded hide, it was nice to see a lot of Spanish teenagers with binoculars in their hands instead of electronic gaming devices! Again this laguna held a good concentration of species we were delighted to see both Black Tern and White-headed Duck, two top birds. 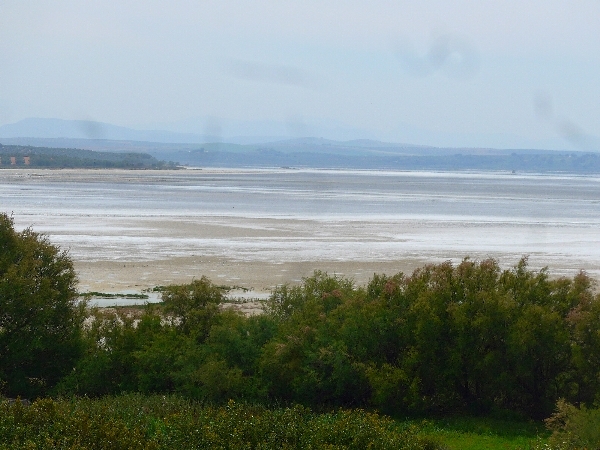 view of the dried up laguna Fuente de Piedras

At the final laguna we heard Great Reed Warbler but failed to see it the same went for Common Nightingale and Cetti’s Warbler.

From there we set off towards Sevilla and after making a quick stop for coffee we set off in earnest with no intention of stopping until we reached El Rocio in the centre of Coto Doñana. We saw two Rollers near Osuna, lots of White Storks and Black Kites all along the way. Iberian (formerly Azure-winged) Magpie and Eurasian Magpie also went on the list.

At El Rocio we spent 30 minutes scoping the huge laguna on the edge of town, the Laguna de Madre de Marisma. A good selection of birds were present, we added Garganey, Eurasian Spoonbill, Red Kite, Little Egret and Cattle Egret. 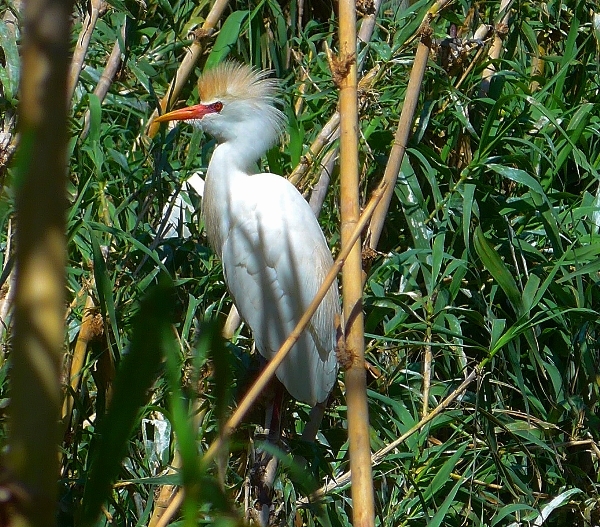 That concluded our first day’s birding, we drove round the laguna and into El Rocio, this wonderful atmospheric town was crowded with Easter visitors¸ but it still has a unique blend of the old and the new and a lovely ambiance. The roads are just sand, many horses and carriages are found in the streets, we ate dinner on the outside terrace overlooking the main street, wonderful.