WEATHER: the change came today it was dull and overcast all day, rain in the afternoon. Temp 13C

What a difference a day makes! It was quite chilly and it looked like it was going to rain at any moment as we left the hotel this morning. Some of the group had walked around to the laguna for some early-birding and came back with tales of Little Bittern, Squacco Heron, Garganey and Great Reed Warbler.

We drove down to the coast at Matalascanas and stood on the cliff tops scanning the ocean for passing birds. It was quite calm out there and very few birds were passing. We did see Skuas, Great and Arctic, both were attacking Terns to plunder their food, they were quite far out and not all of the group saw them. A single Northern Gannet went on the list too and dozens of immature Yellow-legged Gulls drifted by. 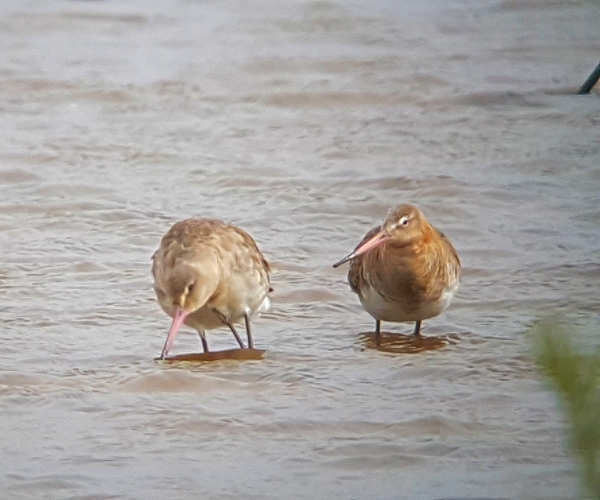 A Hoopoe flew around the car park as we were about to depart for Huelva. We stopped to buy picnic supplies before driving onto the Natural Park of the Marismas de O’Diel. This narrow strip of land runs parallel to the mainland for about 24 kilometers and finishes at the tip with a lighthouse.  You have the Atlantic Ocean on one side of you and the Rio O’Diel on the other, a huge system of salt pans, marshes, mud-flats and clumps of pine woods cover the reserve.

Our first stop was next to a small laguna where Black-tailed Godwits and Black-winged Stilts joined many Common Coots and a range of ducks with a couple of Common Shelduck. It was nearing high tide so many waders were feeding frantically on the last remaining mud, we found Whimbrel, Grey Plover, Common Sandpiper and Greenshank by the visitor’s centre and a huge mixed flock of  Dunlin and Greater Ringed Plovers on the tidal marshes. A few Curlew Sandpipers fed with the flock. 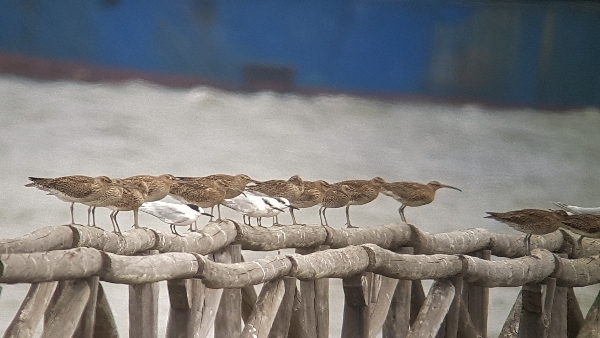 An Osprey put the whole area in panic mode and all the waders flew up in a swirling mass, soon after the passage of the Osprey a Peregrine Falcon and then a Booted Eagle flew over, even more panic ensued. As we drove deeper into the marsh we logged Marsh Harrier and we saw Osprey nesting platforms, all were in use, this re-introduction scheme seems to be working well.

The road took us very close to open areas of exposed tidal mud where we saw Ruddy Turnstone, Whimbrel, Redshank, Greenshank, Dunlin, Grey Plover and some Eurasian Spoonbills and Little Egrets. We came close to the shoreline of the Rio O’Diel where sand-bars were quickly diminishing in size as the tide came in. We stopped for lunch and watched a huge flock of Little Terns with some Sandwich Terns and a single Common Tern. We counted 295 Little Terns, what a great sight it was to see such a good number. They constantly took to the air as the water level rose. A single Kentish Plover and a couple of Sanderling were down there with the terns at some point. 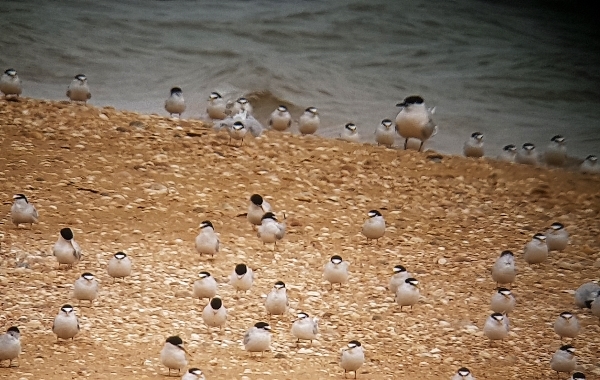 SOME OF THE 295 LITTLE TERNS WITH A SINGLE SANDWICH TERN

After we ate our picnic lunch we walked on a wooden boardwalk across to the beach where a large gull roost held a dozen or so of Audouin’s Gulls alongside Yellow-legged and Lesser Black-backed Gulls. We saw more Sanderling there and one of the group walked further down the beach past the gulls and found a small group of Collared Pratincoles.

The sky was turning darker as we boarded the bus to leave the marshes, things looked grim for the afternoon. We stopped to watch a ‘flock’ of three Montagu’s Harriers on the way out, the male bird was stunning with beautiful markings, all three came fairly close to the bus. A toilet stop at the visitor’s centre gave us the opportunity to watch roosting birds on a disused jetty. Twenty one Whimbrels were joined by Ruddy Turnstone, Sandwich Terns and few gulls. 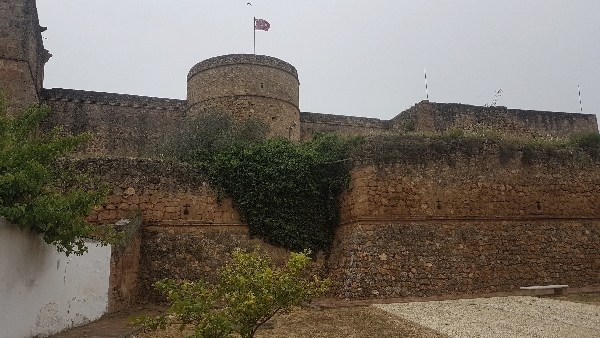 The rain started as we visited Laguna El Portil, it curtailed our visit, however there wasn’t much activity there other than Coots, Grebes, Gadwall and Shoveler. The marshes at El Rompido next to the Rio Piedras produced just a couple of Ravens, Great Cormorants and Common Sandpiper, a walk in a pine wood produced very little. The fence lines and hedges gave us Woodchat Shrike, lots of Serins, Goldfinches and Crested Larks. One stop with a short walk produced a sighting of Iberian Woodpecker (a recent split from the European Green Woodpecker). 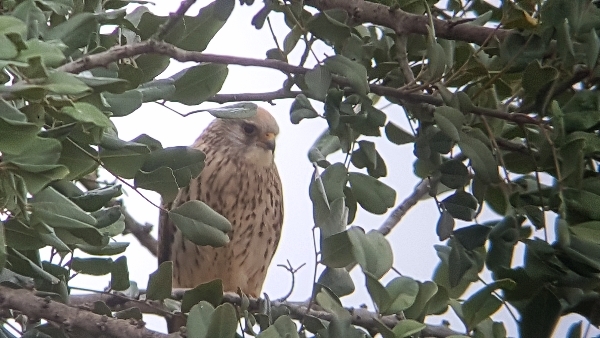 Our last port of call was the impressive Castle at Niebla, this huge monument has Roman, Moorish, Catholic and modern influence. It provides a nesting site for many pairs of Lesser Kestrel, Common and Pallid Swifts and Crag Martins amongst others. We had fairly good views of a few of the Kestrels but the weather and the light wasn’t in our favour.

We left at 5:30pm and arrived back at El Rocio in good time for our last dinner, tomorrow we are moving up to Extemadura, let’s hope we don’t take the rain with us.