WEATHER: Cloudy to start, then sunshine all day, no wind. Top temp 28C

Our first birding of the day was done before breakfast, we set off in the dark to the Salto del Gitano in the National Park just a few kilometers away. We were hoping for a sighting of a Nightjar along the way and an Eagle Owl on the rocks, we got neither. But, we did have lovely time watching the vultures wake up at sunrise, we were surprised at how maby take off at this time.

We stayed for a while searching the rock faces for an Owl but what we got was; Griffon & Egyptian Vultures, Black Stork, Black Kite, Blue Rock Thrush and a few common passerines in the trees. On the way back we found a Cirl Bunting, our first of the trip. 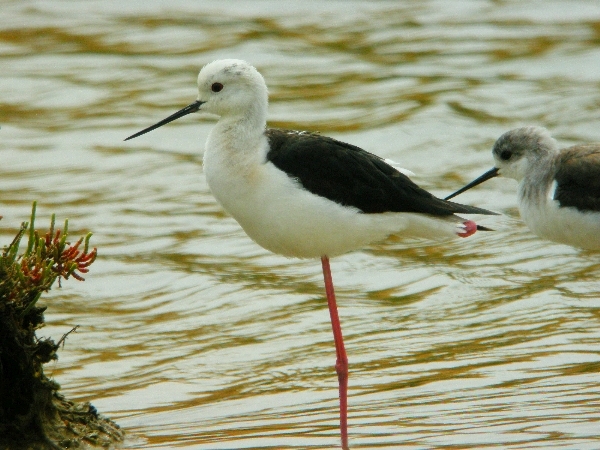 Black-winged Stilt in a road-side pool

After breakfast we packed our luggage onto the bus and set off on our way to Malaga, twenty minutes later we were on the Heathland near Jaraicejo looking for warblers. It was a beautiful morning, dead calm with no wind, an amazing contrast to the last 4 windy days. Dartford Warblers were everywhere we counted half a dozen in just one small area with two males singing and displaying within a couple of meters of one another. But our target bird took a lot longer to find, the Spectacled Warbler finally made an appearance after we had made several short walks. A male bird sat on top of a bush singing and it even performed its display flight.

Very satisfied with our find we drove down through Jaraicejo village to the river Almonte where three bridges span the river, the bridges also span hundreds of years, the oldest being 400 years old. We stood on that bridge and scanned the river and the surrounding open pastures. Many species were visible but the most interesting for us was: two Hawfinches feeding in a middle-distance row of bushes, a first for the trip Grey Wagtail and several Spanish Sparrows. 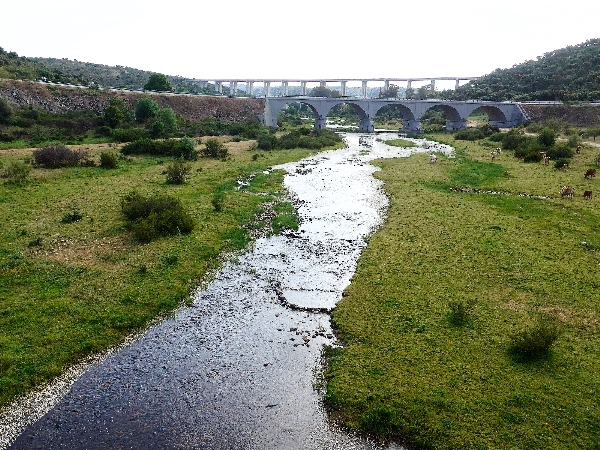 We then set off for the long journey back to Malaga Province making one lunch stop and one coffee stop we reached Montejaque, near Ronda, by 3:30pm. A walk in a cork oak woodland was lovely in the afternoon sunshine, we saw our first Bonelli’s Warbler, also Eurasian Nuthatch, Short-toed Treecreeper, Great Spotted Woodpecker and a few common birds such as Blue Tit, Great Tit and Chaffinch.

Next we drove into the hidden valley behind Montejaque called the Llanos de Libar where we spent a hour or so searching for a number of species still not seen on the tour. Bonelli’s Eagle was one of them and after scanning the cliffs it still remained elusive. But we did eventually find Black-eared Wheatear but not Rock Sparrow. In this beautiful valley we also found; Red-billed Chough, Black Wheatear, Black Redstart, Blue Rock Thrush, Raven, Booted & Short-toed Eagles, Griffon Vultures, Crag Martins and lots of Stonechats, Linnets, Goldfinches and Sardinian Warblers. 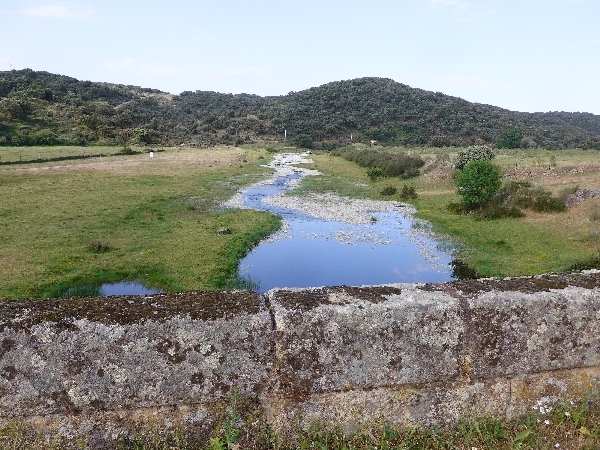 It was now 5pm and we still had a way to go to our hotel in Malaga! We still managed one more stop on a road between Ronda and Malaga where I have seen Bonelli’s Eagle many times in the past. Sure enough we found a pair of them, one perched and one flying around, a great result and a superb species to finish our tour with.

We arrived at our hotel in Malaga at 7:30pm and sat down to dinner at 8:30pm, our bird log revealed that our total count for the trip was 181 species, not bad at all considering that a few days were spoilt by windy conditions. It had been another successful trip with a lovely bunch of people.