The weather forecast looked good, unbroken sunshine but cold - in reality it was quite cloudy and very cold with a North Westerly wind. As usual the levels were flooded and covered in birds, whereever you looked huge flocks of ducks, geese and lapwings could be seen.

I arrived at Greylake car park just after 8am. and before setting off to the hide I stopped to watch the feeders there. A number of species arrived, Common Starling, Common Chaffinch, Blue Tit, Great Tit, Dunnock, European Robin, Reed Bunting and a Blackbird. 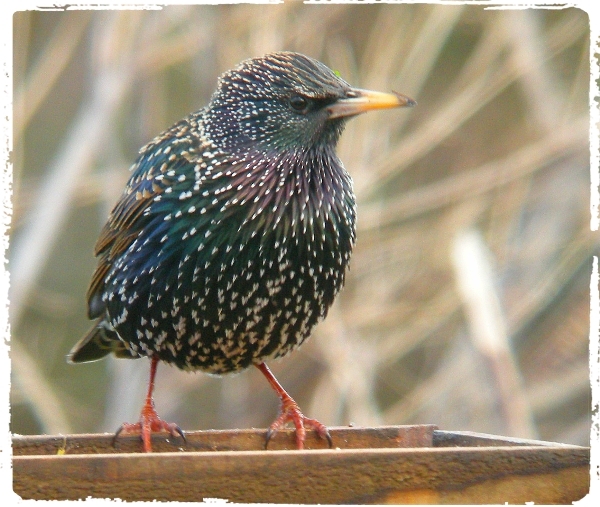 no matter what your thoughts are of Common Starlings you can't deny them their winter beauty. 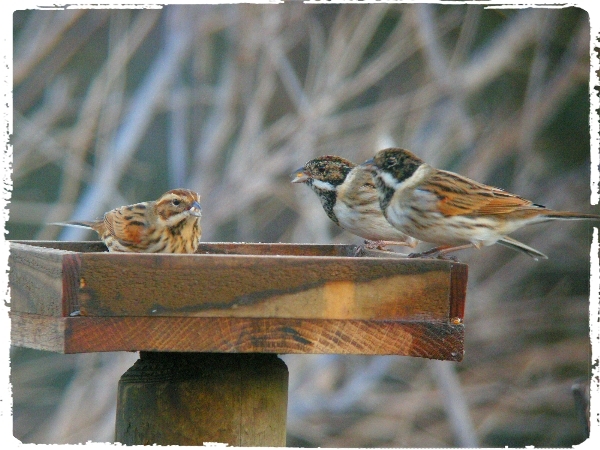 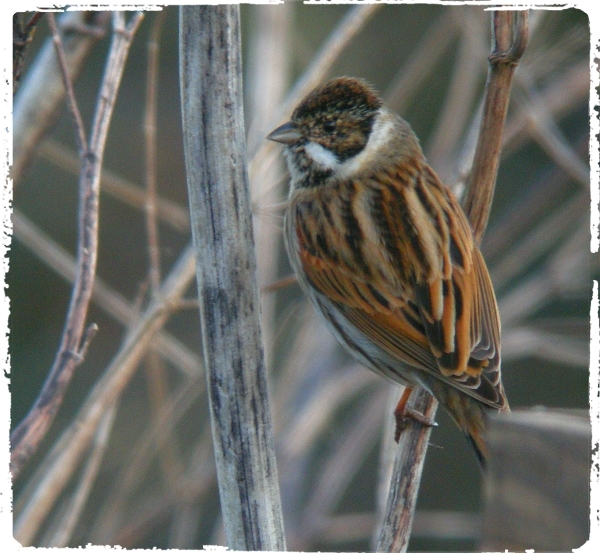 As I walked along the track to the hide I noticed a dark shape up ahead in the ditch, a little bit of patience was rewarded with good views of two Water Rails. I also logged Cetti's Warbler, Redwing, Common Chiffchaff, Northern Lapwing and Little Egret. 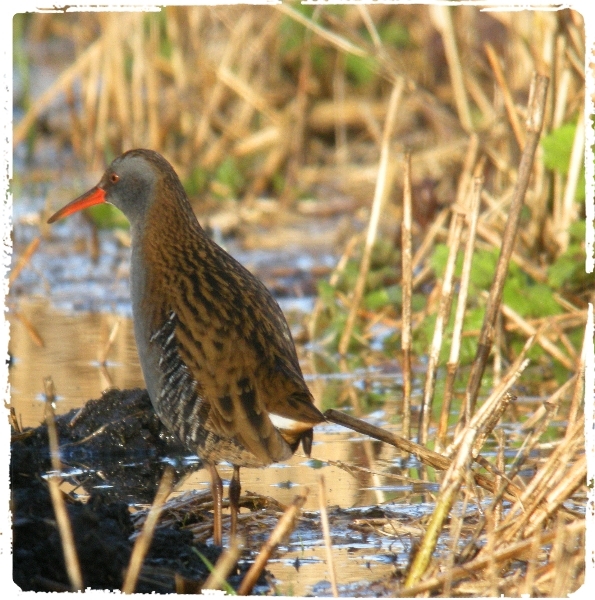 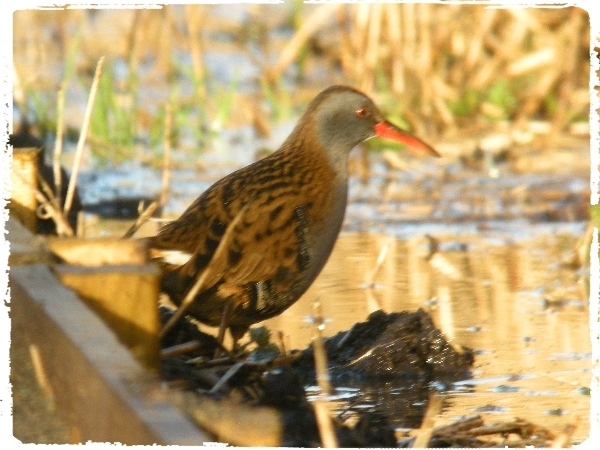 I had to wade through several inches of water to get to the hide but it was worth it, the flooded meadows viewed from the hide were covered in birds, thousands of them! Eurasian Wigeon and Eurasian Teal were the most common species, but Mallard, Gadwall, Northern Shoveler, Common Snipe and Northern Pintail were also found. 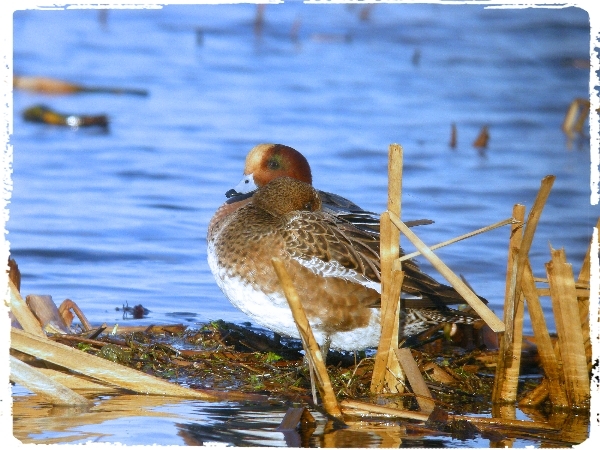 Eurasian Wigeon above and Eurasian Teal below 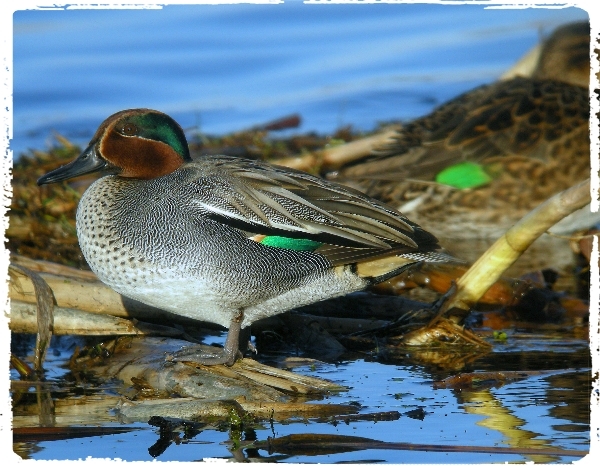 A Peregrine Falcon sat on a distant pylon whilst Common Buzzard and Marsh Harrier flew over several times causing chaos and panic amongst the waterfowl. 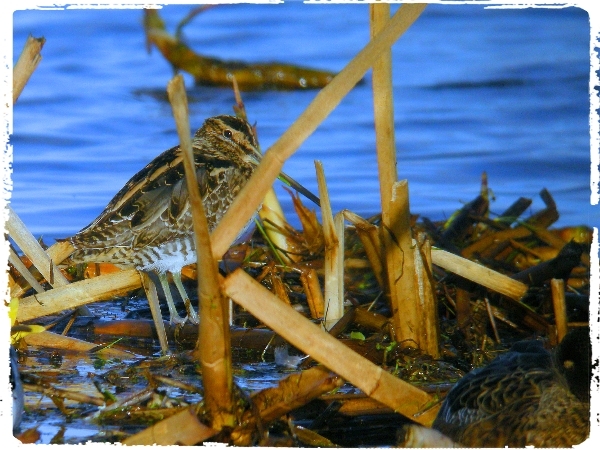 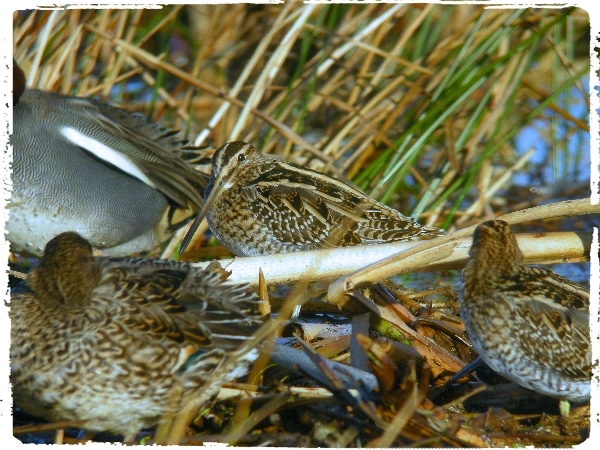 A distant Great White Egret added rarity value to the list and a Black-tailed Gidwit flew over with a small flock of snipe. My walk back to the carpark was just as eventful as the outward journey, I saw both the Water Rails again and plenty of Reed Buntings.

I then drove around to Barrow Mump and visited the moors around Staith looking for Whooper and Bewick Swans and maybe Common Crane. I came across an area covered in Lapwings and at least 1,000 Golden Plover, a small flock Dunlin and a few Ruff were also there. When all of these birds took to the air it was a magical sight, a Marsh Harrier made sure this happened frequently.

I failed to find the swans but enjoyed watching many other species despite the blast of a strengthening northerly wind. Fieldfare, Stock Dove, Great Crested Grebe, Canada Geese and several others were added to my day list just before I set off for home at lunchtime.