Down by the riverside

A morning visit to the Rio Genal and the Rio Guadiaro

Peter, Chris and I set off a little later today,  at 8:30am. The recent cloud had cleared resulting in wall to wall blue sky as we headed our of the village down to the Rio Genal.

Once at the river we walked along the track noting flocks of both Greenfinch and Goldfinches in the flat pastures beside the river, after a couple of hundred meters we stopped to watch a row of fruiting pomegranate bushes which were attracting several species and below the bushes water was gushing from a waterpipe which was flooding the field. We watched Spotless Starlings, Chaffinches, Blackcap, House Sparrows and more Greenfinches in the bushes and dozens of White Wagtails and a single Grey Wagtail were in the field. 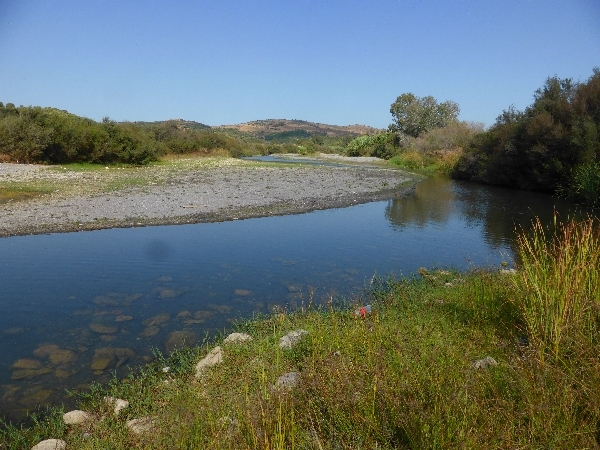 view of the Rio Guadiaro

As we 'scoped the nearest tree tops to watch the Starlings we picked up a Great-spotted Woodpecker, a Hawfinch and two Eurasian Jays flew over us. Further time was spent looking for Golden Orioles without any sightings, a Cetti's Warbler called from the dense scrub and we noted Sardinian Warbler, Spotted Flycatcher, Grey Heron, Wood Pigeon and a couple of distant Short-toed Eagles.

Our next stop was on the Secadero track which begins as tarmac high up above the Rio Guadiaro and ends in dirt running alongside it a few kilometers further on. We spent the next couple hours birding the field and riverside, at the begining I left Chris and Peter alone whilst I dashed down to the coast to buy spare parts for my water heater at home and during that time they logged a Goshawk! as well as Woodchat Shrike, Crested Lark, Common Stonechat and lots of Barn Swallows. 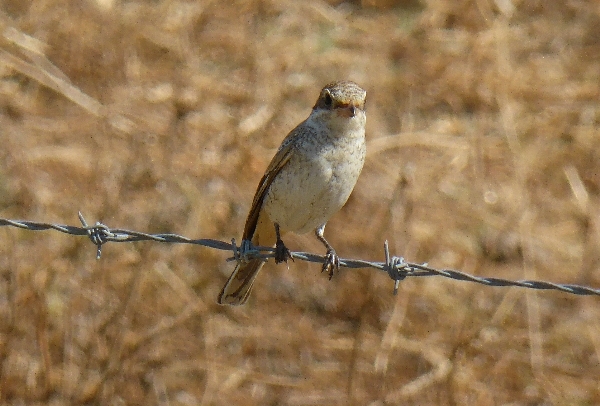 On my return we drove down to the river where we spent an hour or so watching a variety of species, we saw Cattle Egrets with the Cattle, Little Egrets in the river, also Green Sandpiper, Little Ringed Plover and huge flocks of Goldfinches and Linnets coming down to drink. Further along the river we watched a pair of Little Owls in their usual tree and a few Griffon Vultures, Booted Eagles and a single Common Buzzard circled over.

On the return journey we had two Eurasian Hoopoe sightings, lots of European Bee-eaters on the telephone wires, Common Kestrels sat on the pylons,  several Woodchat Shrikes sat on the fence-lines and a single Tawny Pipit appeared briefly. The number of Common Stonechats was incredible, they must have had another good breeding year. 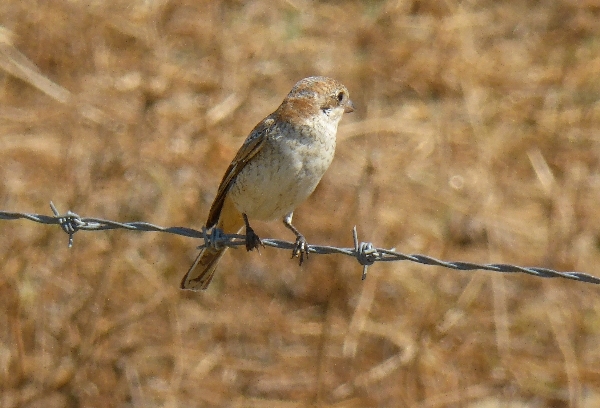 The temperature reach 28C as we made our way back up the hill to the village where we spent the rest of the afternoon. At 7pm we all, including Dawn,  set off for Casares to visit our good friends John and Penny, they also knew Chris and Peter so we had a reunion dinner on their behalf. Sitting on John and Penny's terrace eating a delicious paella, having a most beautiful view and watching raptors that appeared every few minutes, good company and a nice red wine has to be close to paradise! 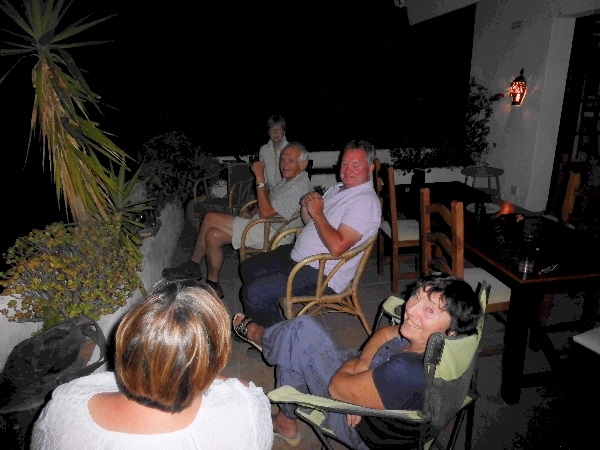 on the terrace from the back:  Dawn John, Peter, Penny (smiling) and Chris.

The excitement increased as it got dark when a Eurasian Eagle Owl started calling from behind the house, after a while it got nearer but it never sat in views so we had to be satisfied with just the call.

Dawn drove us home a little later, a splendid ending to a lovely day!