A day of two halves, in the morning I got up early and drove to Bangor where I visited a couple of urban parks and in the afternoon Joanne, our host, took Dawn and myself to a local beauty spot for a walk up a mountain.

All day the weather was perfect, clear blue sky, no wind but it was cold, 32F registered in the car on the way to Bangor at 6:30am, I know that is freezing point. It was very picturesque along the way with frost covered grass and trees and a white mist over lakes and ponds. 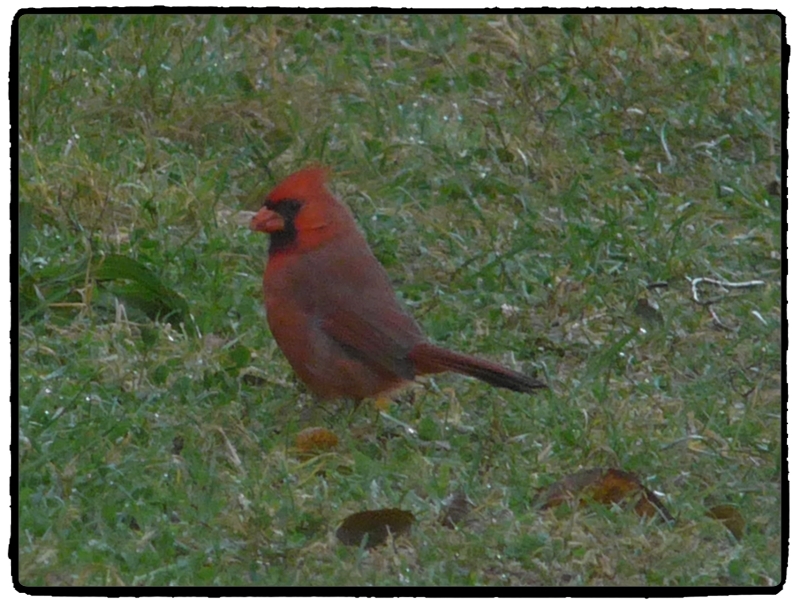 I arrived in Bangor at 7:30am and spent 3 very enjoyable hours walking through manicured parkland which led to open scrubland, that is where most of the birds were. Flocks of sparrows were everywhere, it is very difficult to identify them as some look alike and all had several plumages, all the ‘chip’ and ‘chuck’ calls are different too. 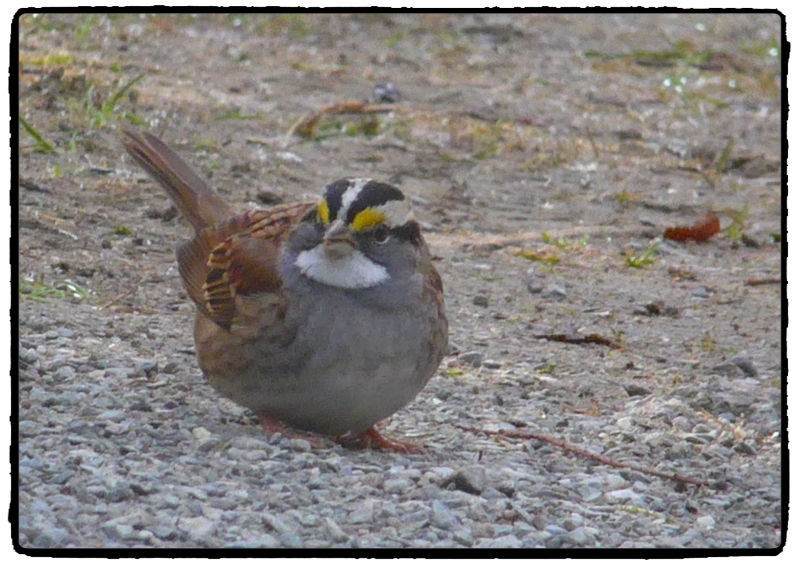 I finally nailed down 5 species, Song Sparrow was the most common and they were joined by White-throated, Whit-crowned, Savannah and Swamp Sparrows. In the meantime many other species put in an appearance. Small flocks of Yellow-rumped Warblers were everywhere, I did see one other warbler, a Common Yellowthroat but no others. Red Cardinals were nice, one male fed on the ground with a Hermit Thrush. 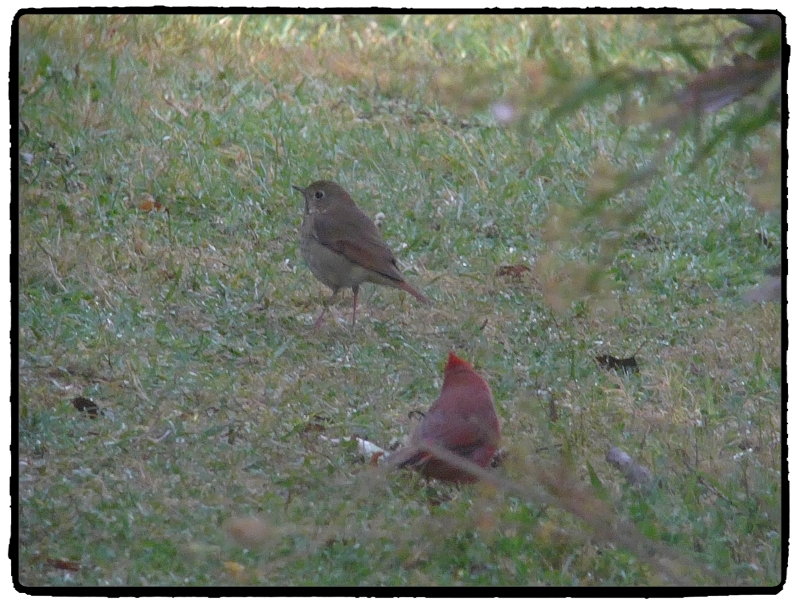 CARDINAL WITH A HERMIT THRUSH

American Robin, Grey Catbird, Blue Jay, Black-capped Chickadee, American Crow, Mourning Dove and Common Gull were also seen a lot. My 3 hours were soon up, I spent a little time in a pine woods before I left hoping for nuthatch and kinglets but saw neither. It was a pleasant time and I saw most of the species recorded here over the last days except for a couple of vireos and warblers which had probably moved on. 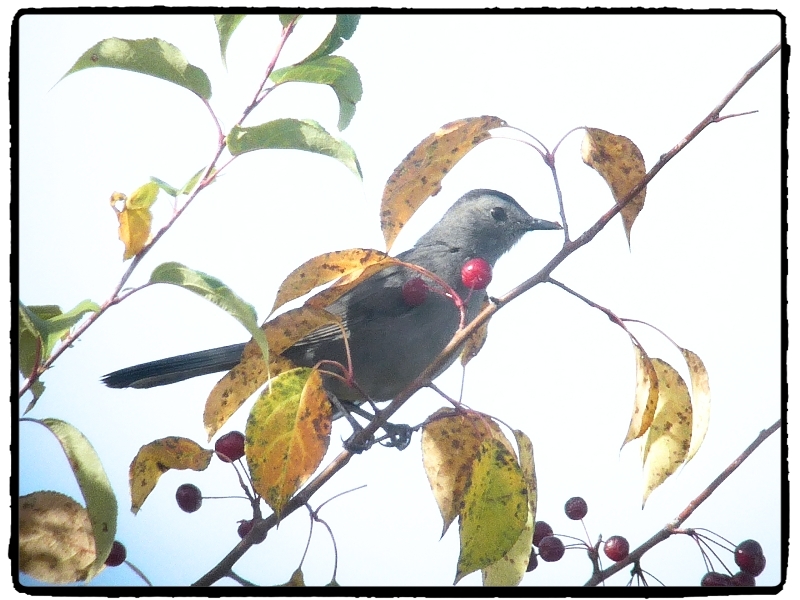 Before I went back to our holiday home I stopped off at a local site where a river runs into Northern Bay, Penobscot. There I saw Belted Kingfisher, Double-crested Cormorant, Great Blue Heron and 3 Greater Yellowlegs. 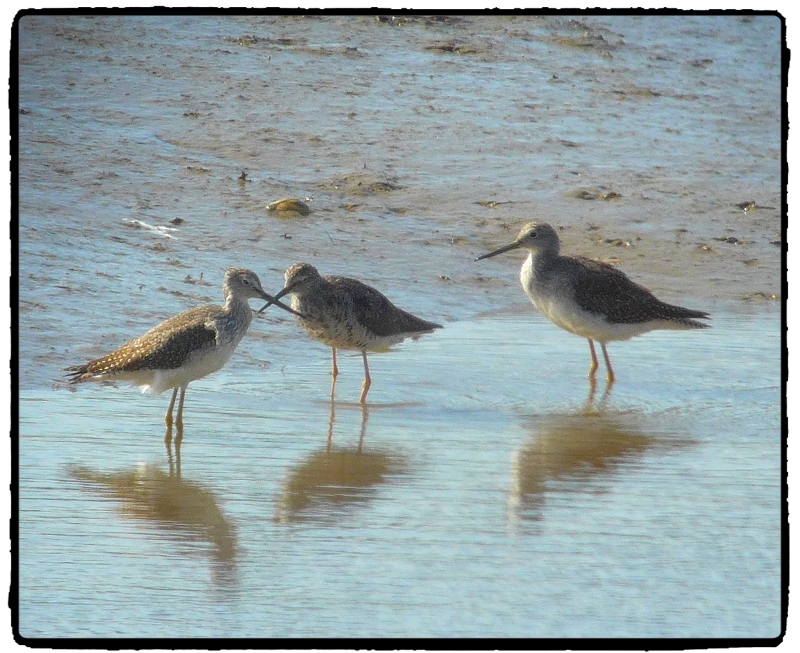 GREATER YELLOWLEGS - the middle one still showing some summer plumage

The afternoon was spent with Joanne our host, she lives next door with her family, I say next door but it is about ¼ mile away and they own all the woodland in between. Both properties sit on the shoreline of Pierce’s Pond where Common Loons breed, it is a wonderful setting. 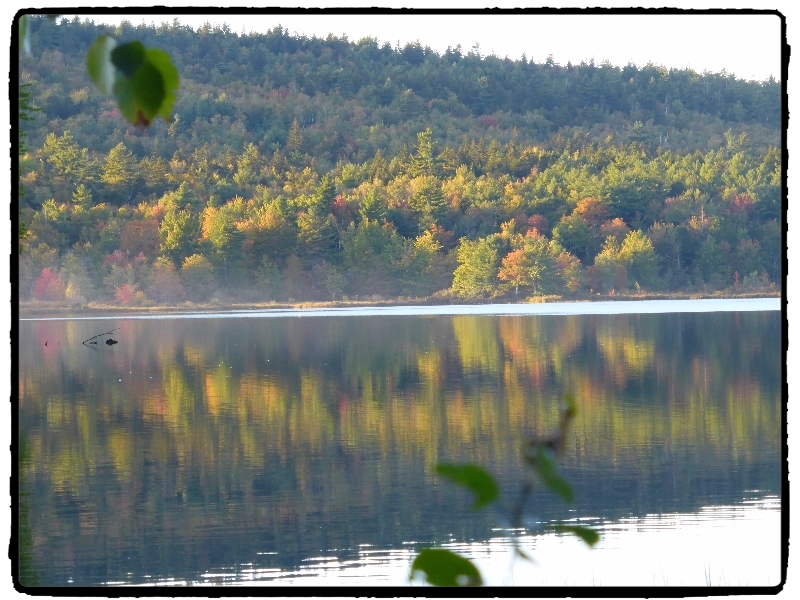 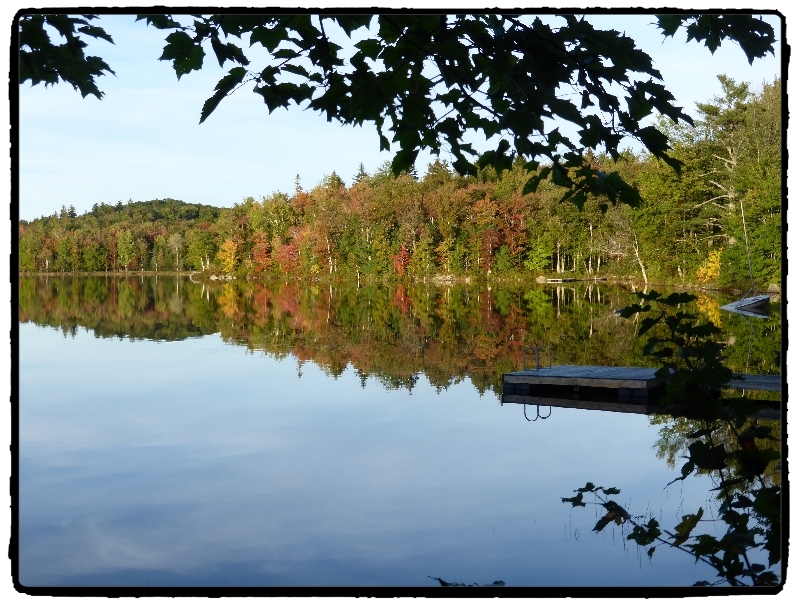 Joanne took us for a drive around the local area pointing out various beauty spot and scenic lookouts, it was lovely in the afternoon sunshine. We saw a few birdies, Mallard, Black Duck, Ring-billed Gull, Double-crested Cormorants.

Finally we took the walk up Blue Hill Mountain it was truly wonderful, the view from the top was stunning. I noted a few common birds with Yellow-rumped Warblers numbering over 30. 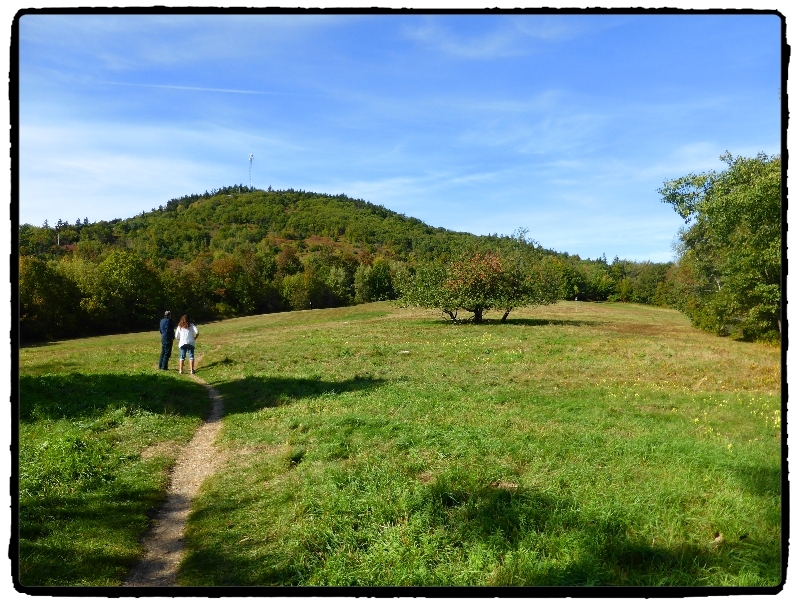 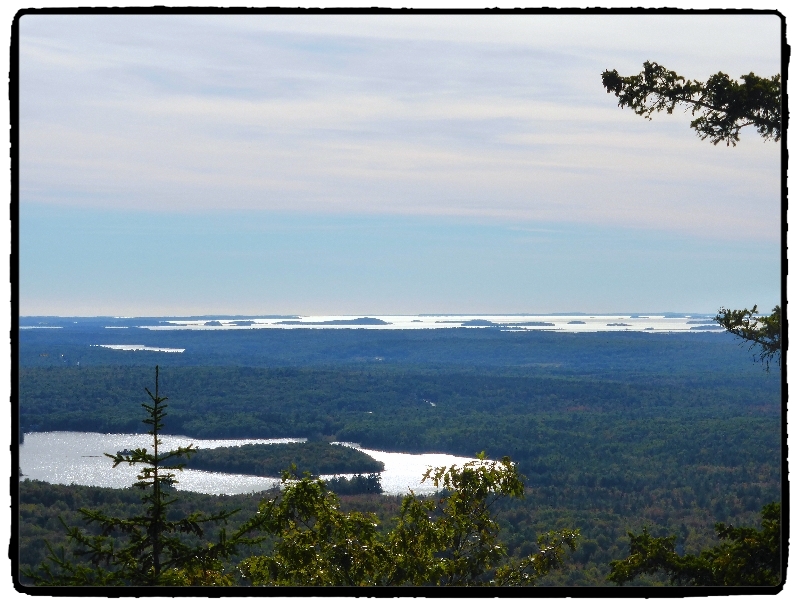 A VIEW FROM THE TOP OF BLUE HILL 'MOUNTAIN'

At the end of the day we sat or lay on hammocks outside Joanne’s house, watching Loons and as it got dark a Barn Owl came out and quartered the narrow reed-bed  on the far shoreline a great sighting to finish off another lovely day. 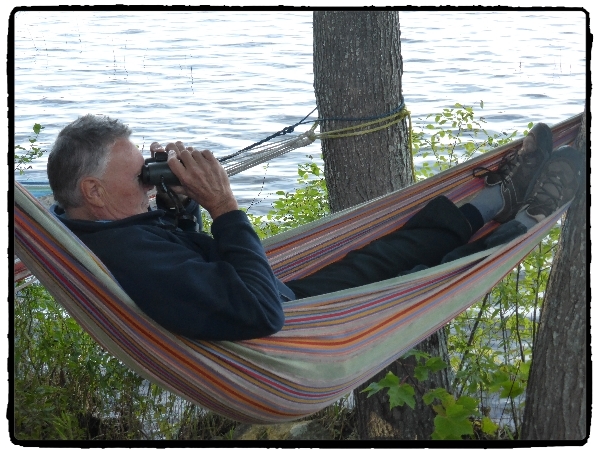 ONE OF THE BEST WAYS TO BIRD AT MY AGE!