We had a great start to our tour of Eastern Poland, the weather was fantastic, the plane arrived early (yes early and it was British Airways!!!!), Our guide Bart met us on time and the air-conditioned bus was waiting for the 10 of us.

After landing at 11am we drove for 90 minutes and stopped for lunch midway through our journey, around the restaurant we saw Tree Sparrow, Hooded Crow, Jackdaw, Wood Pigeon, Common Redstart and we could hear Skylarks in the distance. 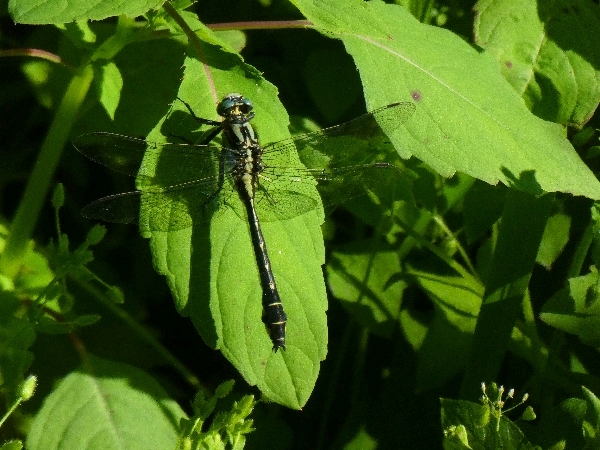 A little later we stopped by the roadside near the town of Laskowiec because we saw a Black Stork circling ahead of us. During our stop we also found Common Crane, we heard Common Rosefinch and Garden Warbler. We arrived at our hotel on the edge of the massive Biebrza Marshes and after settling in we met at 4:30pm. |A quick bit of birding in the hotel grounds produced very little, Tree Sparrows, Black Redstart, White Wagtail and a Lesser Whitethroat. 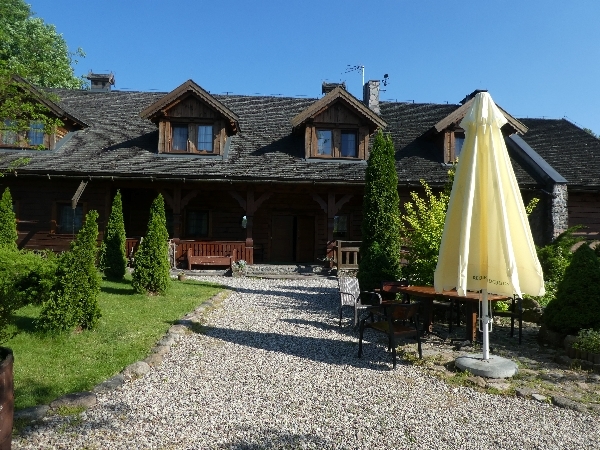 We are staying in a 'Dwor' type hotel, this building houses our lovely rooms. 'Dwor' refers to the type of construction of the hotel, mainly of wood.

We made a short visit to the Biebrzañski park, we walked along the Honczarowska Dam Trail for about 3km from the car park, it was a wide track which took us through hazel woodland and small areas of marsh. Our bird list was small we heard far more species than we actually saw. Some interesting songs were new for the group: Thrush Nightingale, River Warbler and we also heard Willow Warbler, Garden Warbler, Chiffchaff, Song Thrush and a few others. 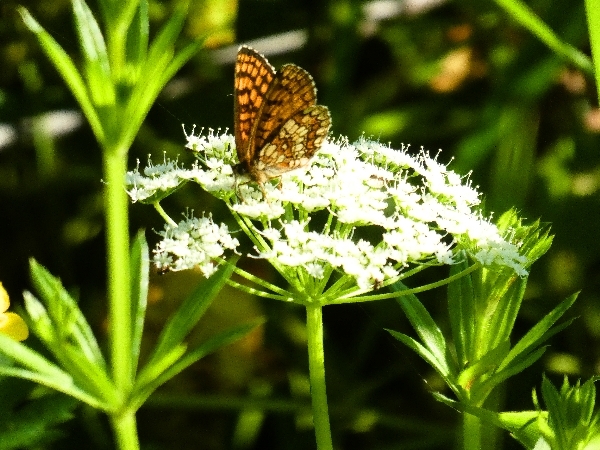 Interesting insects and plants were also noted, we saw Heath Fritillary, Common Clubtail dragonfly, Banded Demoiselle and a Mole Cricket. One flowering plant seemed to have two different flowers, blue and yellow. It was a Melampyrum sp. commonly known as Cow Wheat. 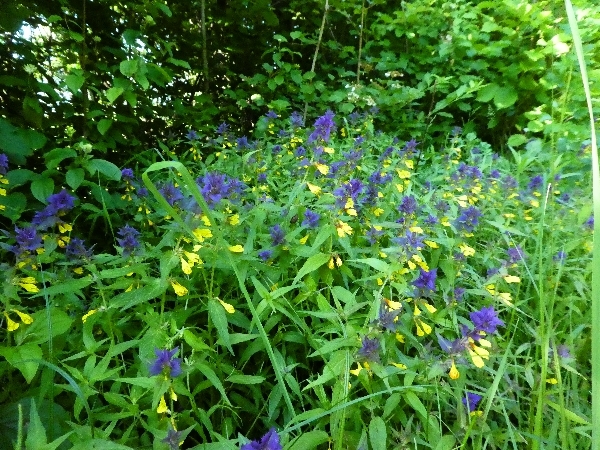 two flowers on one plant? This is a Melampyrum sp. Cow Wheat

We were back at the hotel at 7pm and quickly got ready for dinner at 7:30pm. It was a lovely dinner, we quickly went through the checklist before shooting off to bed. We were all very tired, it had been a long old day.