A fantastic start to this late spring tour of two very contrasting habitats. We saw several exciting species as we made our way from Madrid to Trujillo.....

It was oh so simple at Madrid Airport, I stayed overnight last night in Barajas having flown in from Malaga, I collected our minibus and arrived at the airport with minutes to spare. My group of four ladies from Brighton arrived early, (it should have been five but Rita had to pull-out for health reasons), we met straight away and within minutes we were on our way in a brand new minibus! I noted White Stork, Spotless Starling, Monk Parakeet and Common Swift in the plaza at Barajas beforehand and as we all left the terminal we added Eurasian Magpie and Wood Pigeon. 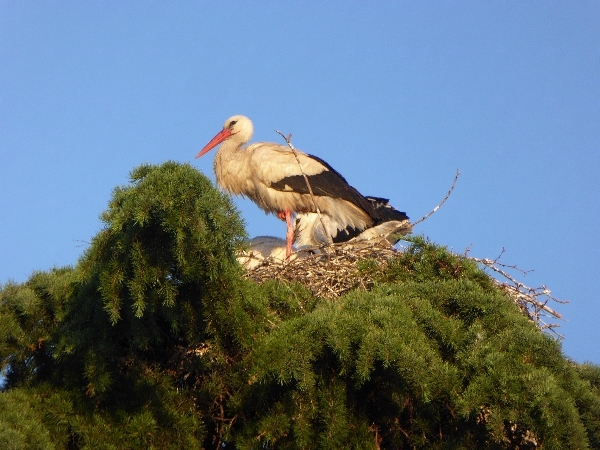 The White Storks in the plaza de Barajas, Madrid

Our journey out to Trujillo took us around the southern edge of Madrid before we turned southwest onto the autovia, we noted more Eurasian Magpies, Collared Doves, Eurasian Jackdaw, Wood Pigeons and a couple of Monk Parakeets during this part of the journey.  Once we were out of town we started seeing Black Kites and Common Buzzards, after an hour we stopped for lunch and had great views of Black Vulture from the car park.

From then onwards we had regular sightings of White Storks, Black Kites, Vultures, Common Buzzards and the odd Common Kestrel. After 200km we turned off at a small town called Jaraicejo and made our way into the hills above the town. Once we were off the bus it didn’t take long to find our two main target species, both the Spectacled and the Dartford Warbler showed extremely well. During this first scheduled stop we also saw Mistle Thrush, Iberian (Southern Grey) Shrike, Thekla Lark, Corn Bunting and above us we listed Griffon & Black Vultures, Black Kites and a Common Buzzard. As we drove away from the heathland site a male Golden Oriole flew across thw road just in front of the bus. 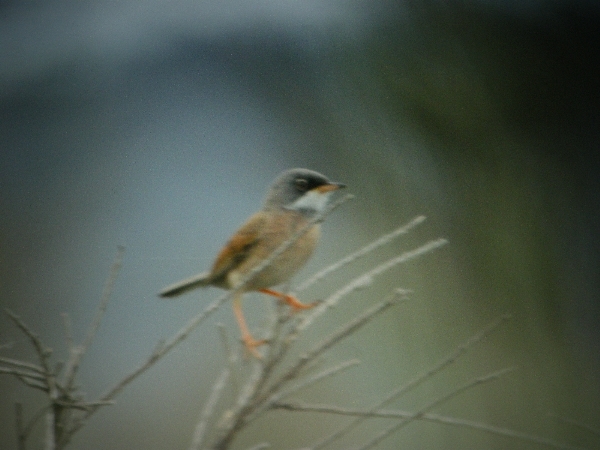 Iberian Magpies became a feature of the fly-bys as we made our way further into Extremadura, our second scheduled stop was made at the ‘Three Bridges’ over the Rio Almonte a few kilometers further southwest. We spent an hour enjoying the lovely afternoon sunshine, the beautiful and colourful landscape and a fist-full of birds.

A couple of Common Nightingales flew around the bushes as we arrived, a lovely male Greenfinch sat on the track and Iberian Magpies were everywhere. From the oldest bridge, we found a good number of birds: Grey Wagtail, Barn Swallow, House Martin, European Bee-eater, Eurasian Hoopoe, Spanish Sparrow, Woodchat Shrike, Spotless Starling and looking skyward there was always a raptor or two floating about. 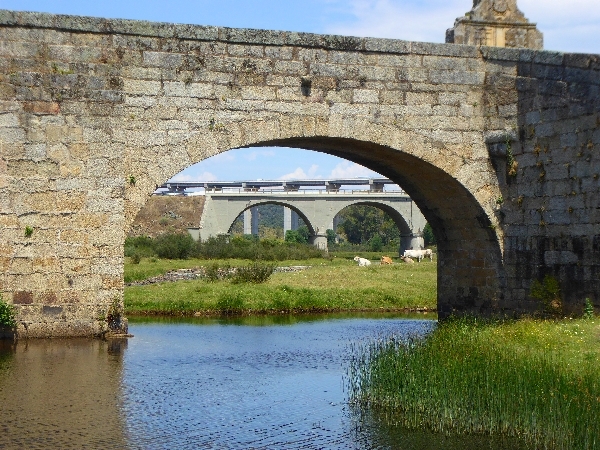 The 'Three Bridges' and the Rio Almonte 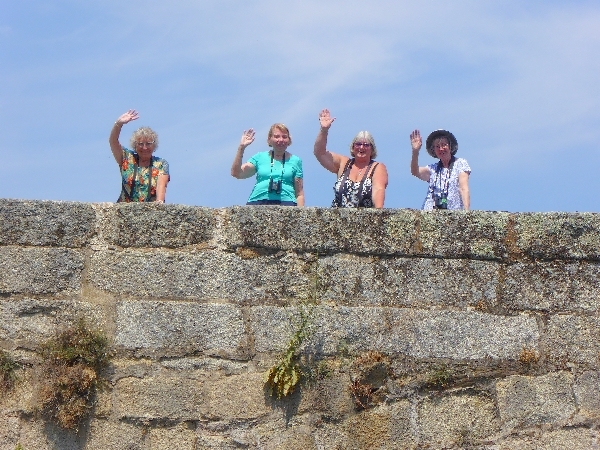 As we approached Trujillo we turned due south and drove to Finca Santa Marta some 14km away. One impromptu stop produced Short-toed Eagle and not much else although we did see our first Red Kite a little later.

Finca Santa Marta is as charming as ever, the tranquil ambience is a drug for relaxation and that is exactly what my group decided to do. After a nice cup of tea, during which we saw Goldfinch and Linnet, two of them went swimming, one went off for a doze and the other was last seen furkling in her room. I went birding alone, not that I saw many species but I added Serin, Sardinian Warbler and Red-rumped Swallow to our list. 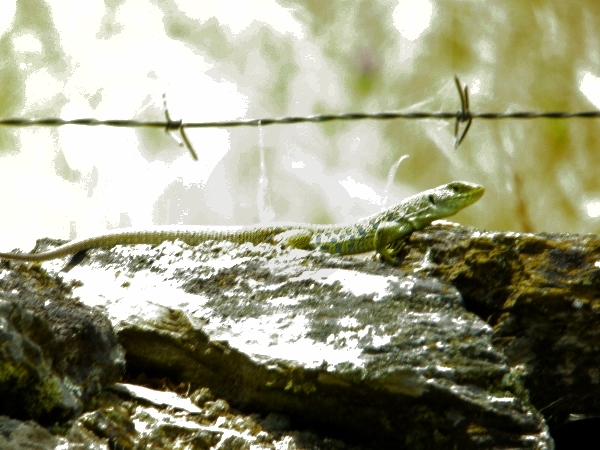 We met for dinner at 7:30pm and ate outside in the courtyard, it was wonderful, there was a great atmosphere at dinner, the food here is just fantastic and the wine helps too!