WEATHER: dry all day with plenty of sunshine in the afternoon, a chilly wind persists to keep us cool.

What a great day we had today, we saw 80 species and some of them were much sought-after by the group. I really enjoyed every minute today especially the first few hours. We left the finca at 8am and drove up through Trujillo towards Monfragüe stopping at the large bridge over the Rio Almonte. 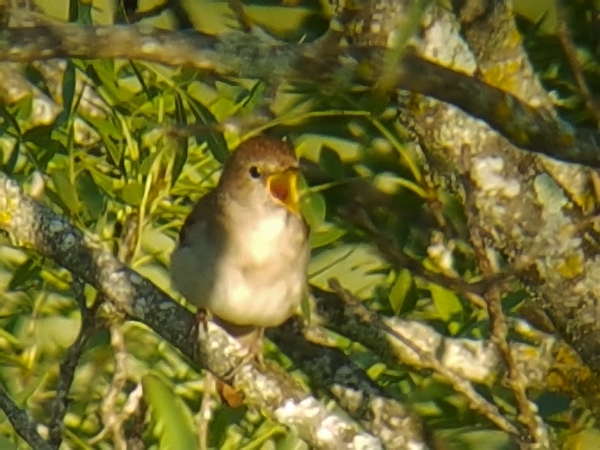 A Common Nightingale in full song

It was perfectly calm, no wind and nice light. Three of the loudest birds in Europe greeted us as we left the bus, Common Nightingale, Great Reed Warbler and Cetti’s Warbler. We got the first two in the scope for everyone to see be the Cetti’s was only seen in flight. 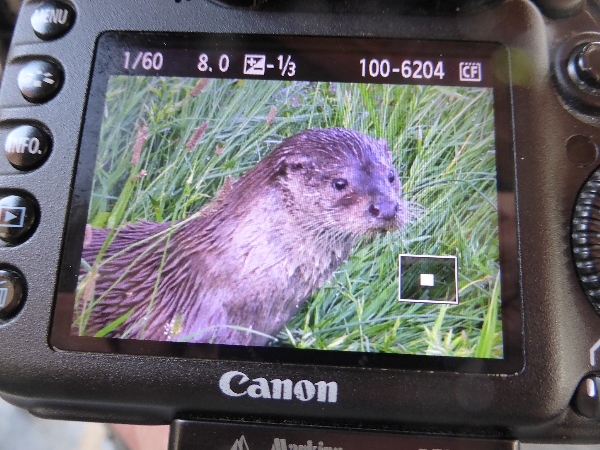 Our first Rock Sparrow was seen well and we enjoyed great views of Crag Martin, White Wagtail and Red-rumped Swallow. We had fleeting views of Little Ringed Plover and Common Cuckoo, there were many common species on show. Our best sighting by far was that of an Otter, we had such good views of it below us near the bridge, fantastic, we were all very pleased to see it.

Our journey into Monfragüe Park took another twenty minutes but we were at the Castillo (castle) by 9am. Again, it was superb birding with fantastic light and no wind. We stopped just below the Castillo to scan a rock face where we found sveral Griffon Vultures attending their nests and young, We also saw Blue Rock Thrush, Rock Bunting, Crag Martin and Serins.

As soon as we got out of the bus at the top car park we found two WHITE RUMPED SWIFTS, oh my god! Our most sought after bird already in the bag. Even better than that was to come because as we walked along the track we had unbelievable close eye-level views of this enigmatic and rare swift, they were so close it felt like you reach out touch them. 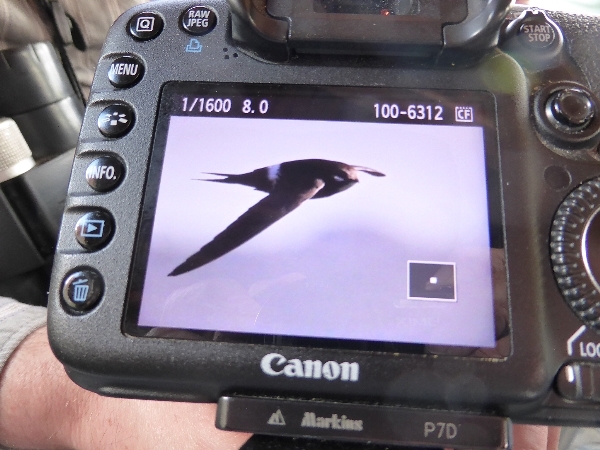 another picture taken of one taken by Tony Moore

We continued our walk to Castillo from the car park and found a small number of butterfly species, including several Large Tortoiseshells, Holly Blue, Wall Brown, Ilex Hairstreak and Speckled Wood. 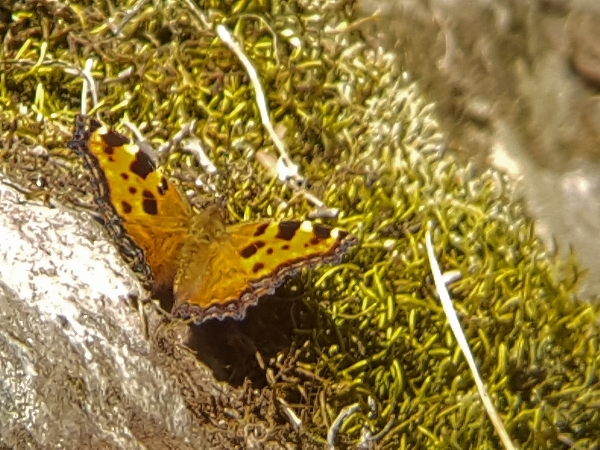 At the top the vultures took centre stage, they drifted close by and many were already high above us, we added Egyptian Vulture and Black Stork to our trip list and revelled in the company of so many species around us. The views of the surrounding landscapes were terrific, both the Rio Tajo and the Rio Tiétar could be seen as well as the snow-capped Gredos Mountains. 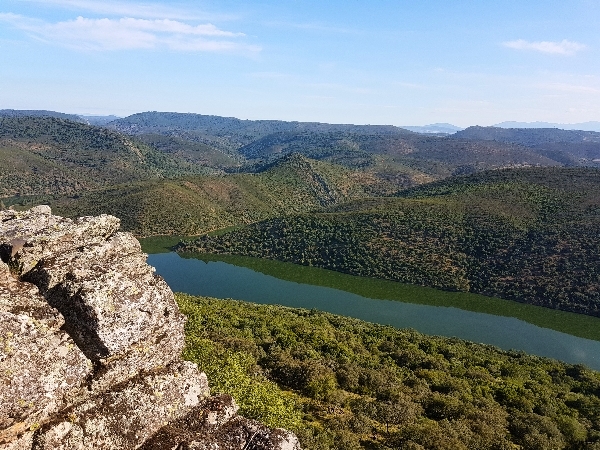 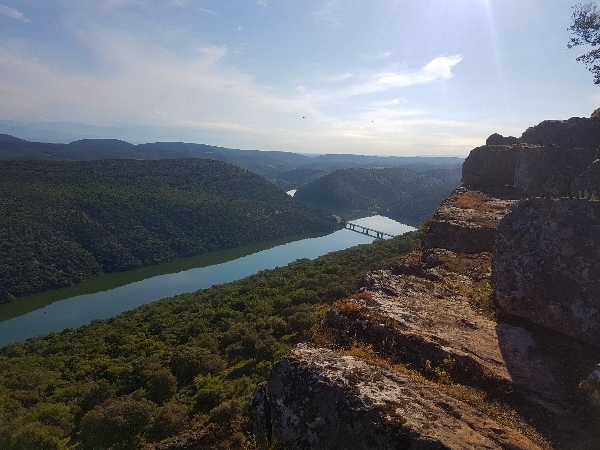 Our next stop was at the rock pinnacle of Peñon Falcon where even more vultures congregated, many were on nests with almost fully-grown chicks. We also found two Black Stork’s nests and we had excellent views of Blue Rock Thrush, Black Redstart and Crag Martin. 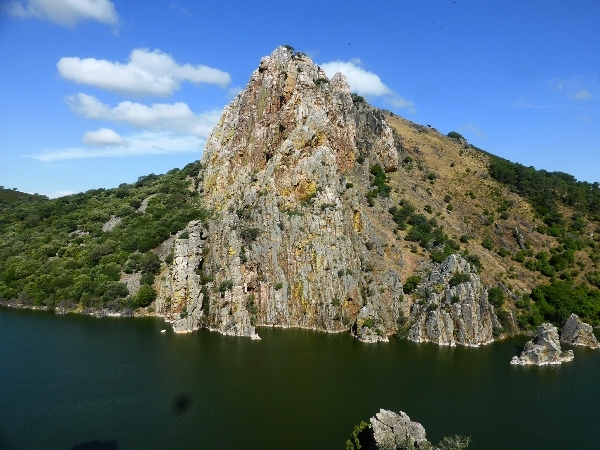 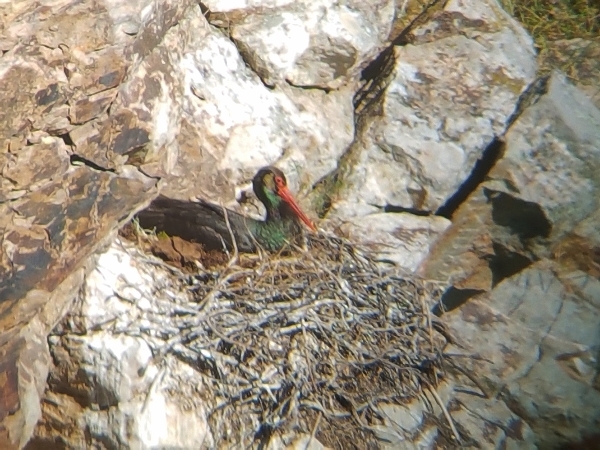 A Black Stork sitting on the nest

Next, we stopped at the main bridge over the Tajo river where a thousand pairs of House Martins breed alongside a colony of Alpine Swifts and a group of Rock/Feral Pigeons. These birds were menaced constantly by Black Kites which often put the breeding birds into panic mode. Whilst we were watching this entertaining altercation we found a good number of butterflies. The most common species was the Spanish Purple Hairstreak, what a beauty, we also found many Ilex Hairstreaks, Cleopatras and more Large Tortoiseshell. 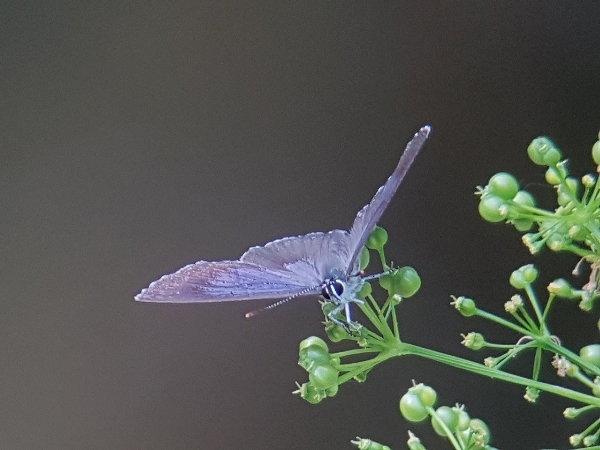 We took lunch in Villareal, the village inside the park, before making our way to two other Miradors (view-points) in the park. The first produced views of a couple of Egyptian Vultures, Short-toed Eagles and the usual Griffon Vultures and Black Kites. 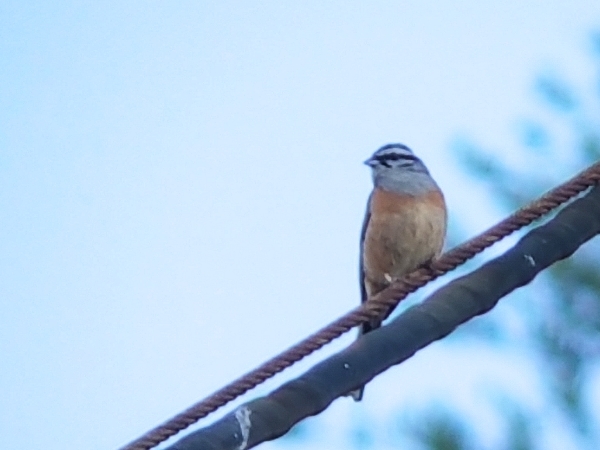 At Portillo de Tiétar another rock face is covered in nesting Griffon Vultures, but it had the added attraction of housing a pair of Spanish Imperial Eagles nearby. It wasn’t before one of these magnificent beasts drifted over us, it was fairly low and we could all of its markings, unbelievable! A second appeared before long and furthermore a guy informed us of a nest site of these birds about a 10 minute away. 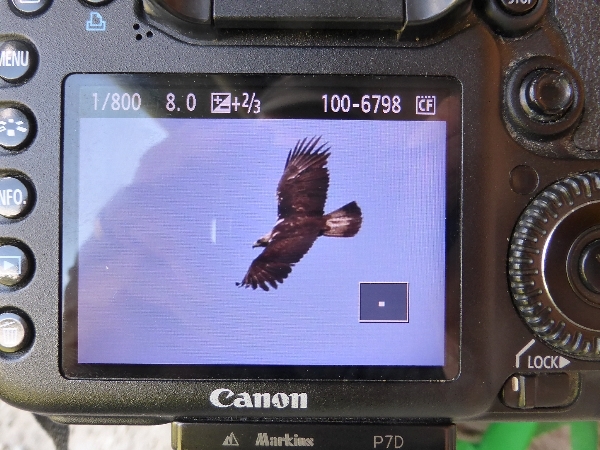 a picture of Tony Moore's phot of the Spanish Imperial Eagle

A coffee break followed next and after that we set off for the series of lakes and reed-fringed pools of the Embalse de Arrocampo, two Red Kites and two Iberian Grey Shrikes just before we arrived at the reservoir (embalse). We spent the last two hours of our birding day walking the tracks and driving to a series of hides that overlooked the water. A surprisingly good number of species were found, starting with Purple Heron, many of which were seen during our visit. Early sightings included Moorhen, Coot, Great Cormorant, Little Egret, Cattle Egret and Zitting Cisticola. 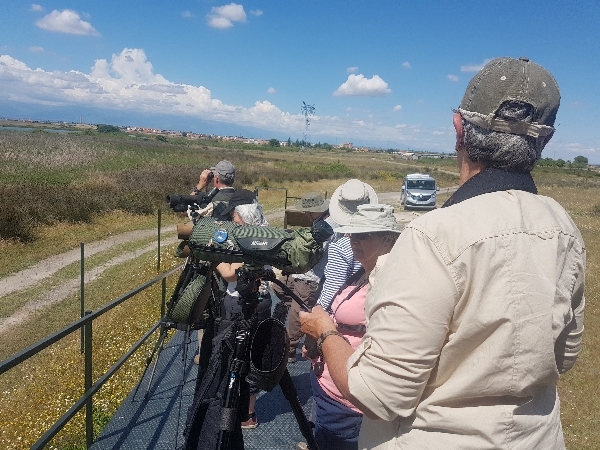 The final stop produced the most birds. We saw a Little Bittern fly across the road as we walked towards the water. We then found Purple Swamphen and a Savi’s Warbler was located from it ‘reeling’ call. Over the next 30 minutes we saw Night Heron, Squacco Heron and the Marsh Harrier was ever-present. A Great White Egret flew over us and we found more butterflies and dragonflies.

It was almost 6pm when we left the area, it had been a full day indeed with some of best birding of the trip so far. A lovely dinner was served at 7:30pm, I must the quality of the chefs and the food has greatly improved at Finca Santa Marta over the last couple of years.