This pre-tour extension covers 3 days on Trinidad before the main tour to Guyana. Day 1, the 21st Jan. was taken up with travelling from the cold UK to the tropical climes of Trinidad.

I joined Reg, Gill and David at Gatwick in readiness for our 9 hour flight to Trinidad which went smoothly, we touched down at 5pm local time and by the time we got through customs it was 6pm and getting dark. We managed to see a few Tropical Kingbirds around the airport perimeter, a few Grackles, Cowbirds and Swallows (probably Barn Swallows), a couple of Turkey Vultures were also seen.

LANDING IN THE EVENING LIGHT AT PORT-OF-SPAIN, TRINIDAD 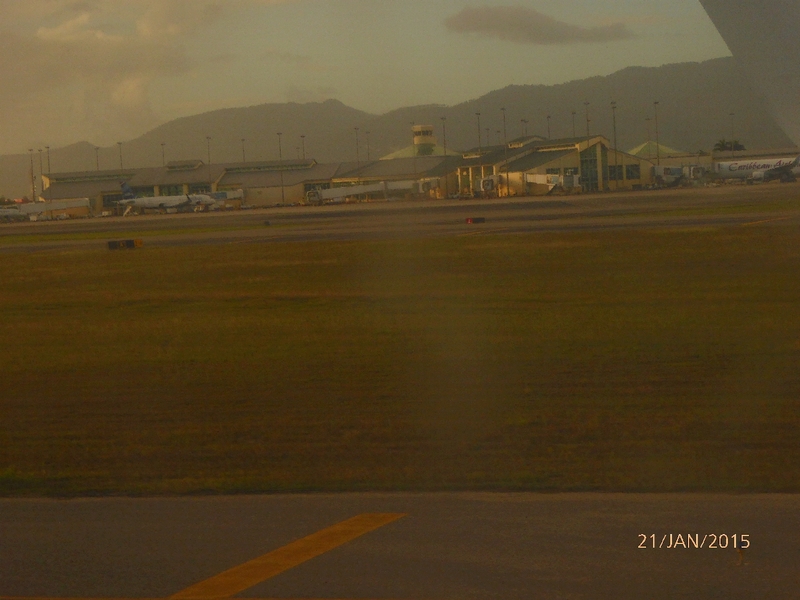 We arrived at ASA Wright about 7pm and just had time for a quick wash before dinner was served, after that we had a few minutes settling in time with a cold beer before we joined an evening ramble in the grounds.

During the walk we listed several interesting insects, spiders and other creepy crawlies as well as Ferruginous Pygmy Owl which answered the guides calls and came close without showing itself.

TRINIDAD CHEVRON TARANTULA - the size of your hand 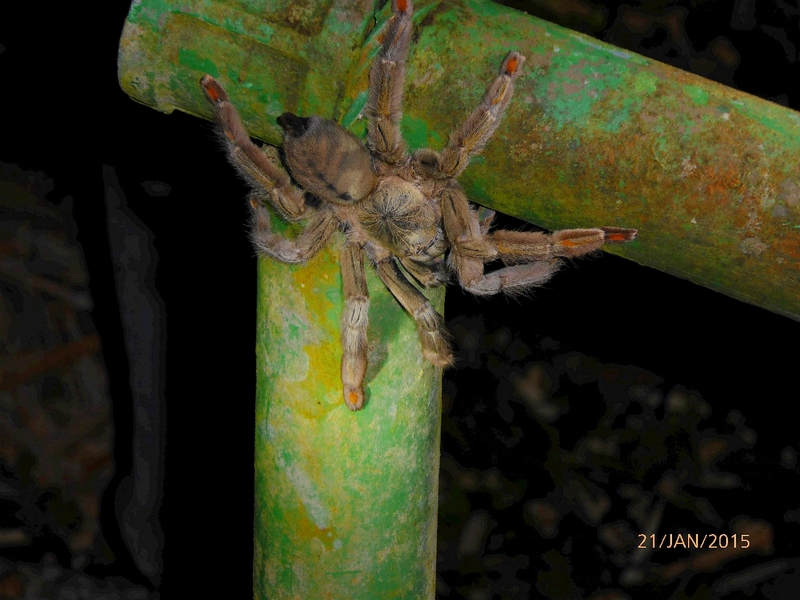 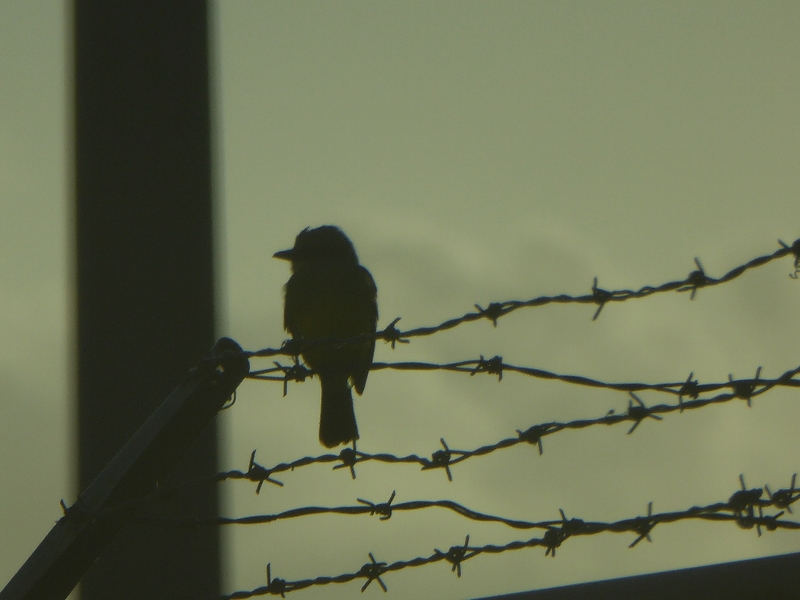 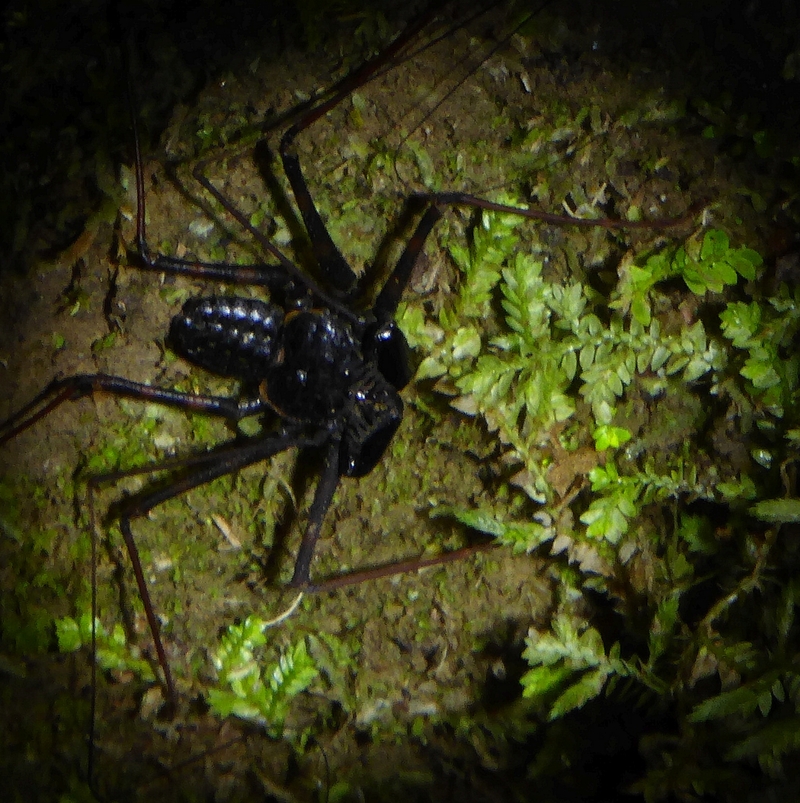