WEATHER:  overcast all morning, a nice drop in temperature to 28C

We have a lovely family from the USA staying with us and today I took Lori and Chuck, the parents, out for a morning's birding whilst their 3 teenage sons stayed at the apartments. 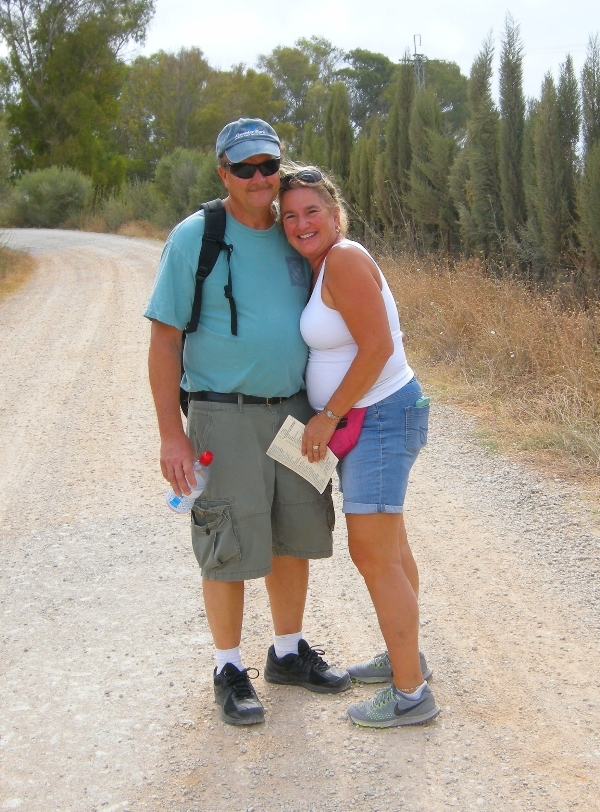 Lori and Chuck, after many years of marriage and 8 children, they never had time to go birding until now!

We were very lucky with the weather, a massive heat-wave has settled over Mediterranean Europe, it has been with us for several weeks and looks to contiue. However, this cloudy morning gave us a little respite from the searing sun.

We met at 7am just as it was getting light and drove directly to the Marchenilla Track some 20 kilometers away. Lori and Chuck are not 'twitchers, birders or bird-watchers but are perhaps Robin-strokers, they like to see wildlife and take a keen interest in their garden birds back home in Ohio.

We set off on foot along the dirt track quickly bumping into small flocks of sparrows, finches, doves and starlings. Once my guests saw a Goldfinch and then a Greenfinch through the 'scope, I had them hooked, they even marvelled at a Collared Dove! But it was a very obliging Short-toed Eagle that perched on a pylon that really got them interested, wow, what a star. 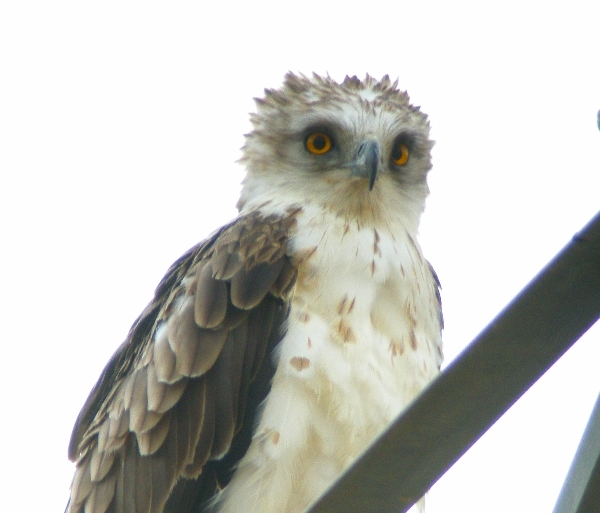 We went on to see another 10 Short-toed Eagles, in fact raptors were showing all the time we were there, we added Booted Eagle, Black Kite, Montagu's Harrier (3, including a black (melanistic) individual), Griffon Vultures (30+), Common and Lesser Kestrels and Common Buzzard. 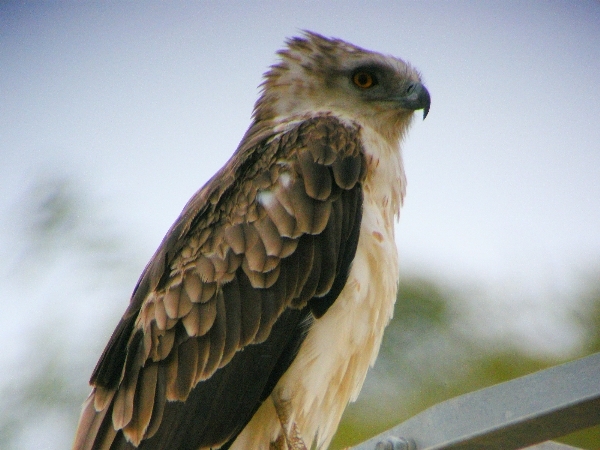 As we climbed the hill into open pastureland which was dry as a bone we saw a surprising number of species, both Woodchat and Southern Grey Shrikes were common, so were Stonechats, Crested Larks, Linnets, Serins, Corn Buntings, Barn Swallows and the sky was just full of swifts. We saw 3 species of Swifts, Common, Pallid and Alpine. 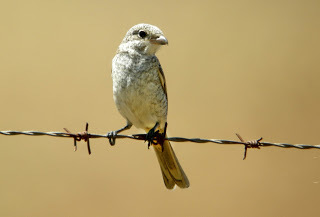 By 10am it had warmed up and cloud cover began to thin, we made it to the top of the hill where superb views of the dry landscape and  the village of Jimena de la Frontera couls be had. 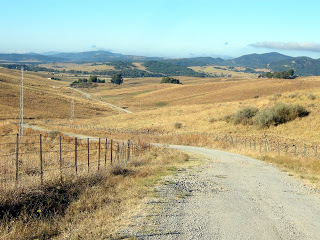 Other 'in-the-scope' species included Zitting Cisticola, Tawny Pipit, Spotless Starling and Serin, all seen well along the fence-lines where hundreds of aestivating White Snails could be seen on every fence post.

We were back home by noon, Lori and Chuck were 'made-up' they loved this little excursion and planned to take up more serious wildlife watching in the future.