WEATHER: overcast for most of the day, some sunny spells, light rain (drizzle) early afternoon. Temp. a low 10-12C with moderate easterly wind

It was a busy day, we  walked 12km, but not all in one go, we adopted a leisurely pace with plenty of birding stops and a lunch stop at a café.  We  listed 57 species, not bad for a tiny island, and we did add a few to the trip list.

Our early morning jaunt found us making a short stop at Porthcressa beach which is just yards behind our Guest House, there we found a Bar-tailed Godwit and a White Wagtail. From Porthmellon Beach we scoped across to Porthloo Beach where we saw 12 Oystercatchers, a Curlew and a Grey Plover. We also notched a Rock Pipit at both places. 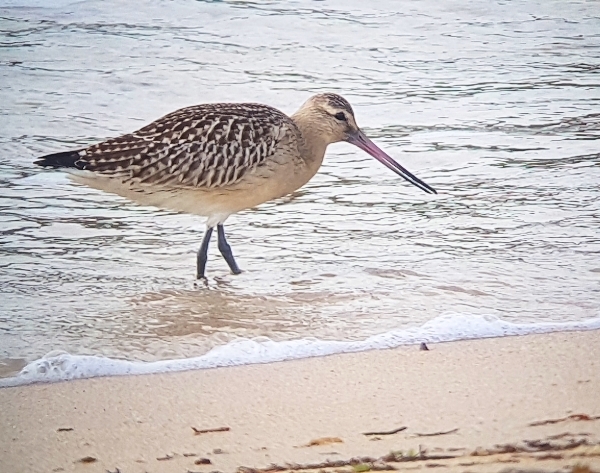 We then walked to the dump-clump, which is a copse of mature trees near a local refuse area, we saw zip there and that goes for the rest of our early morning walk which included Old Town Churchyard.

After another superb breakfast we set off for a circular walk around St Mary’s, we first went to Higher Moors and Porth Hellick pond and beach area. From the hides we saw Greenshank, Dunlin, Common Snipe, Teal and our first Sedge Warbler. The beach area offered nothing new but we really enjoyed the scenery and plenty of Northern Gannets, Oystercatchers and a couple of European Shags. 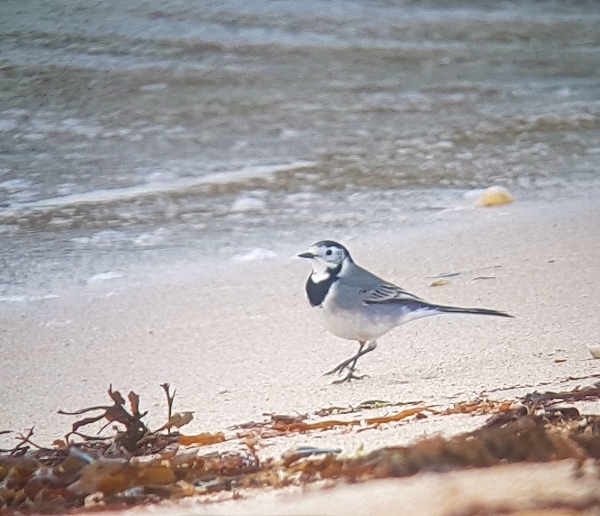 Crossing back across the Higher Moors we found our first Reed Bunting, we added Common Kestrel and Eurasian Sparrowhawk to the day list. We made it to Newford Duck Pond hoping for a sighting of Yellow-browed Warbler but soon found out that it hadn’t been seen all morning. We did find at least 3 Common Chiffchaff, a Blackcap and some dodgey ducks.

From the ponds we made the short trip to Watermill Cove, which again was very scenic but quite bird-less. A brief sunny spell brought out a few butterflies, we saw Red Admiral, Speckled Wood and our first Common Blue and Small Copper. 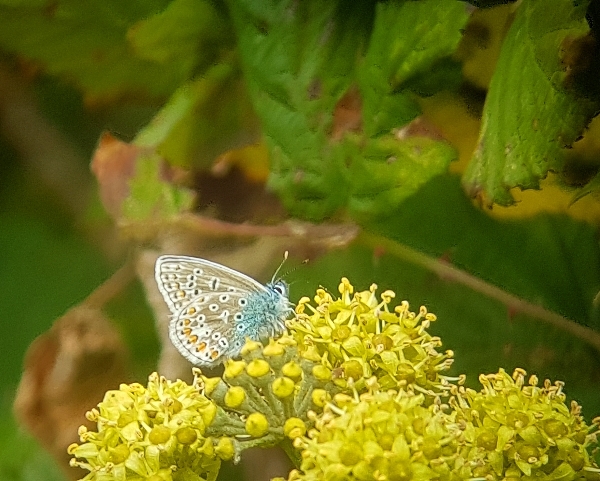 For lunch we stopped at one of the best tea rooms on the island where the Apple Strudel went down a treat and the chicken stew was superb. It rained whilst we were there and cleared as we left, how convenient!

The last part of the day produced our best sightings. We returned to Lower Moors and from the hide we had superb views of Jack Snipe feeding alongside Common Snipe, it was great to compare the two species. Not much else was present except for the usual Mallards and Eurasian Teal. 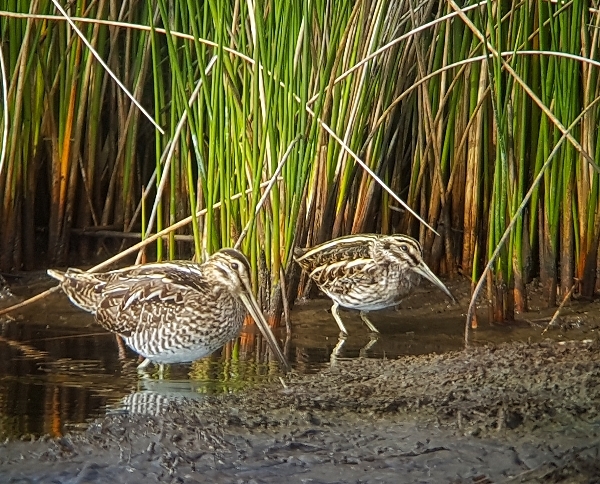 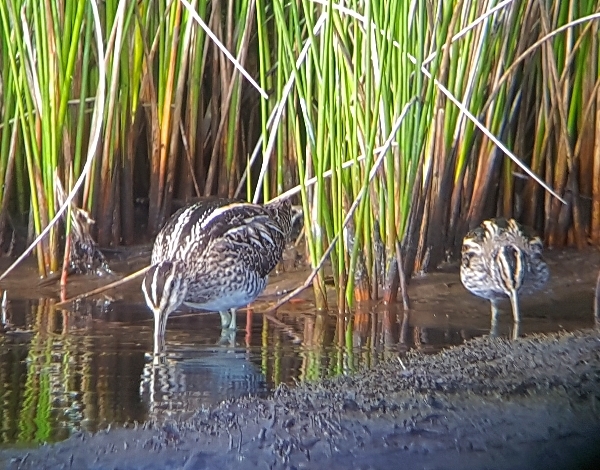 compare size and head markings of the two species

Nearby we scanned the “Field of Stones” where some migrant birds had been noted during the last few days. We saw Whinchat, Northern Wheatear, Stonechat and a few Meadow Pipits. For the last hour we roamed around the Old Town Churchyard and the small fields surrounding ‘Nowhere’ Cottage. We found small flocks of Goldfinches, Linnets, Chaffinches & Greenfinches. A Common Whitethroat was a nice find.  Then something quite bizarre happened, as four of us were leaning on a five-barred gate a Merlin flew between us from behind, its wing clipped the shoulder of one guy! The Merlin dashed into the field and tried unsuccessfully to take a Linnet! Amazing! 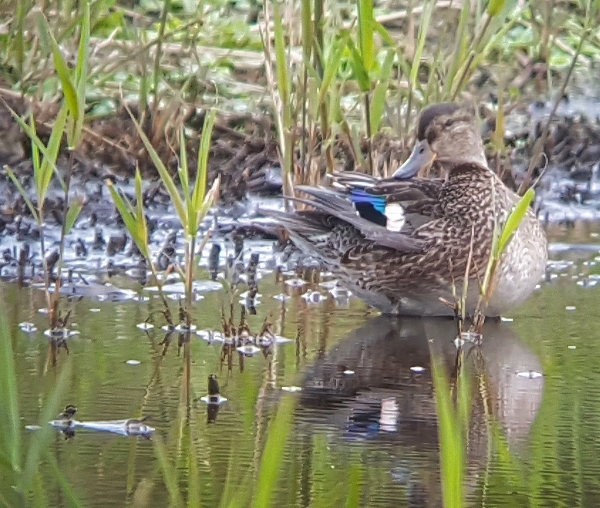 We left the area at 5pm and walked back into Hugh Town and our Guest House, it was nice to take off my boots and to sit down for a while.

Dinner was taken at the Scillonian Club, it was a lovely carvery, we completed our bird-log before retiring for the night. We have now seen 83 species.