WEATHER: overcast for most of the day with sunny spells mid-afternoon. Top temp 16C

This tour started officially at 11:30am when my group walked through the arrivals gate at Thessaloniki. However, two of the group had travelled with me last to Thessaloniki when we met up with Dancho our local guide. The four of us went birding to Laguna Angelochori early this morning and found some interesting species. 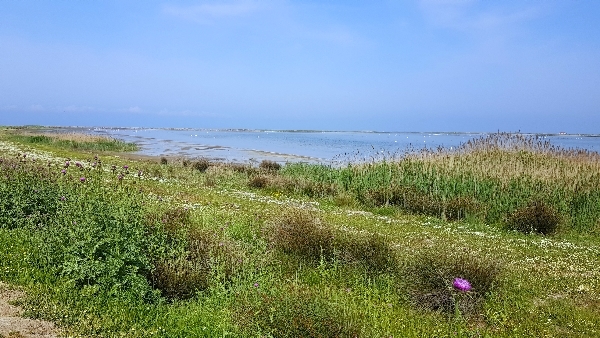 We list over 30 species in and around the laguna which included: Pygmy Cormorant, Collared Pratincole, Stone Curlew, Black-necked Grebe, Little Owl, Greater Flamingo and quite a few waders. We almost ran over a Grey Partridge as we drove back towards the airport. 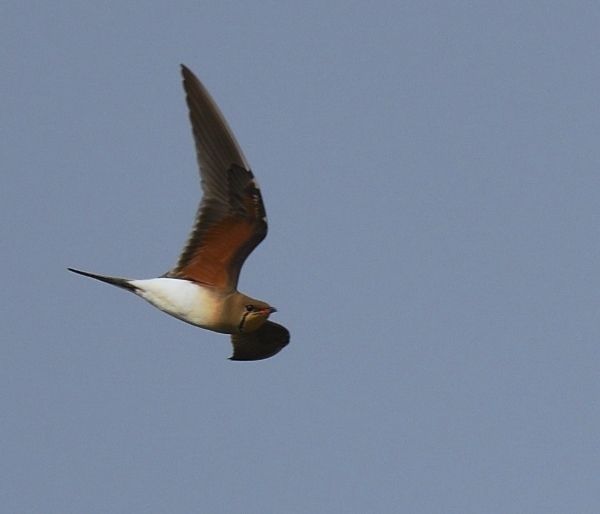 Around 11am we set off for the airport to collect the main body of the group and to start our trip. Their arrival was on time and before long we set off for our 7 day trip to Lake Kerkini.

We listed Common Swift, Jackdaw, Eurasian Sparrowhawk, Collared Dove and Barn swallow around the airport before we left. Our fist stop was 30 minutes down the road at a huge Lagoon called Kalochori, the habitat included large open water, mudflats, salt marsh and dry open pasture. 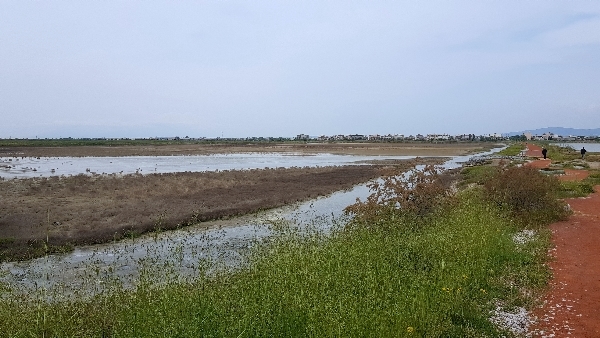 part of the salt marsh at Lagoon Kalochori

We had a great time finding many species with waders and terns being the prominent species. Hundreds of Little Stints were joined by Black-winged Stilts, Avocets, Ruff, Redshank, Greenshank, Ringed and Kentish Plover and both Spotted Redshank and Curlew Sandpiper looked superb in their summer plumage,  black (former) and brick-red (latter). 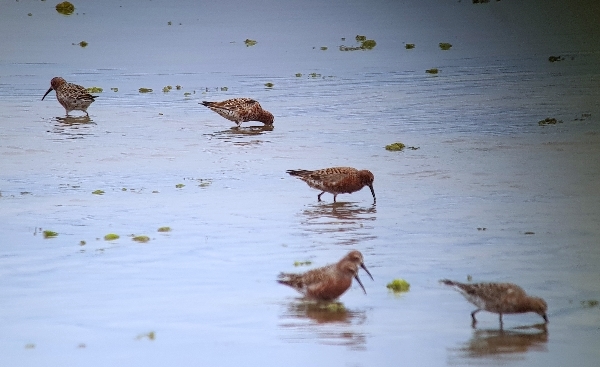 As we drove further into the area we drove along a causeway between the sea and the lagoon, from there we saw Common Shelduck, Marsh Harriers, a single Dalmatian Pelican, Common and Little Terns, Ruddy Turnstone, Oystercatchers, Pygmy and Great Cormorants and a stream of Mediterranean Gulls flew over us. Passerine sightings included Crested Lark, Corn Bunting, Whinchat, Hooded Crow, Rook and Collared Doves. 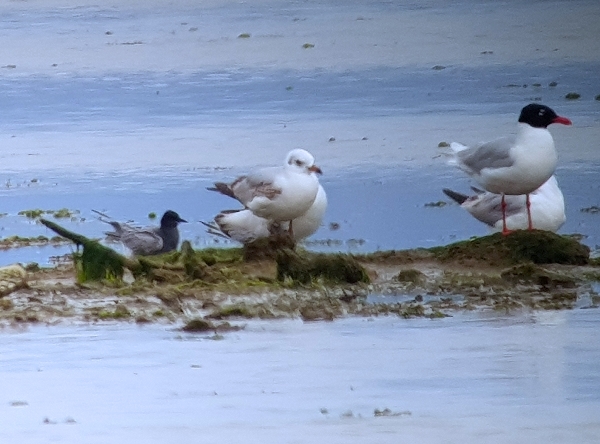 We turned onto a second track and spent 30 minutes watching a mixed group of Black and Whiskered Terns, they looked fantastic in their summer outfits and they came very close to us. A single Eurasian Spoonbill was noted, we also saw Squacco Heron, Grey Heron, a single Sandwich Tern and Mutes Swans. 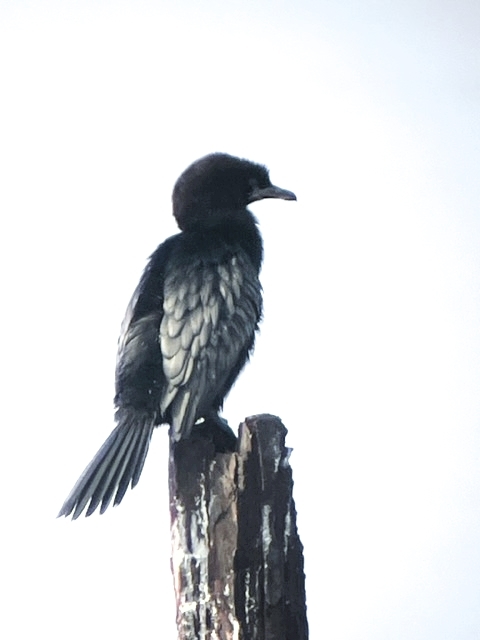 We Kalochori around 4pm and headed eastward to Kirkini, it took us around 90 minutes to reach the Kerkini area. We noted some nice rapotrs along the drive, Golden Eagle was seen from both buses and Honey Buzzard was recorded by the front bus only. We all saw Common Kestrel and a few other common species. Once we turned off the motorway, we made an unscheduled stop to look at 3 European Rollers sitting along a wire, what an incredible colour those birds are. Within minutes we had chalked up another dozen species!! How amazing was that?

We made it to our Hotel just before 6pm, boy what a setting. The hotel sits on the slopes of the Belles Mountains and overlooks the beautiful Lake kerkini. Thousands of birds were either on the lake, flying over it or feeding in the water meadows around it, it was just mind boggling so many birds in one place and most of them after a fish supper.

I have never seen so many Great White & Dalmatian Pelicans, Cormorants, Great Crested Grebes, Egrets, Herons (of several varieties), gulls terns and much more. We had an hour on our balconies calling out new species for the trip every few minutes. The birds around the hotel were also good, we saw Black-headed & Corn Buntings, Whinchat, Northern Wheatear and we could hear Nightingale, Turtle Dove and Golden Orioles.

By the time we got down to the dinner room and called our log we had seen 76 species and we only started counting at 12 noon, I think this trip is going to be a classic.