What a fantastic start to our Lake Kerkini birding holiday, everyone turned up on time from two UK destinations, we all met up outside the arrival’s hall in Thessaloniki and after a delay collecting the buses we set off.

We had noted Common Shelduck from the plane as we landed and we soon added both Common and Pallid Swifts, Common Kestrel, Red-rumped and Barn Swallows to the list as we left the terminal buildings.

We stopped after a short while to buy picnic supplies and to stock up with water, during that stop we saw Eurasian Hoopoe, Yellow-legged Gull, Hooded Crow and we heard a Cetti’s Warbler.

A 40-minute drive found us at the coast a little south-west of Thessaloniki, we drove through a huge industrial estate and came out on a large marshland, with a lagoon that was covered in birds. Over the next hour we saw an amazing 17 different species of wader, 5 tern species and some terrific gulls. Large numbers of Curlew Sandpipers were joined by equally large numbers of Ruff and a good quantity of Spotted Redshanks. We also found several large groups of Little Stints with fewer numbers of Dunlin, Marsh Sandpipers, Greater and Little Ringed Plovers, Kentish Plover and Ruddy Turnstones. But, the most amazing find was that of a Terek Sandpiper, this bird was quite distant but it flew over towards us and landed much nearer, it was a lifer for all of the group, what a bird. 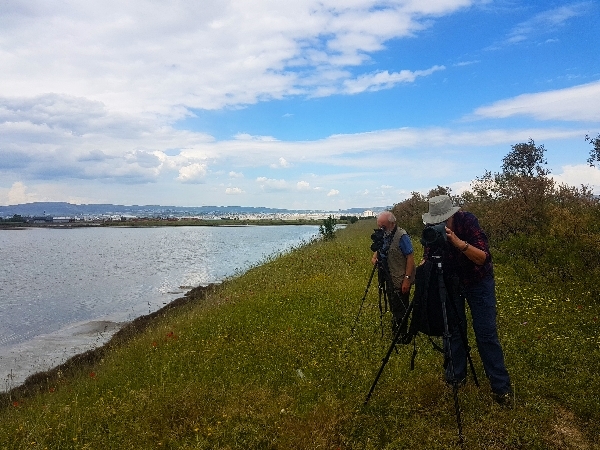 LOOKING OVER THE LAGOON AT KALACHORI 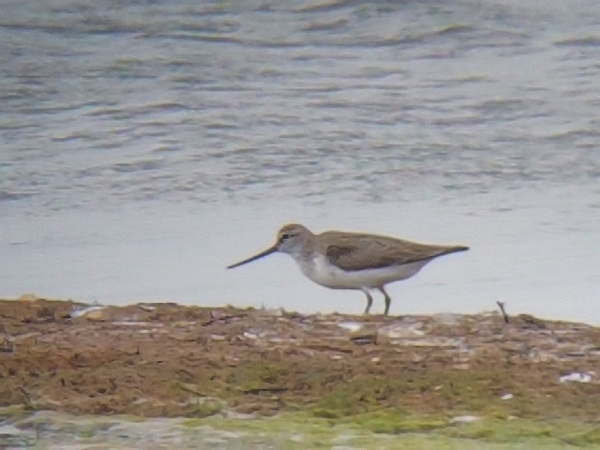 BIRD  OF THE DAY FOR MOST OF THE GROUP - TEREK SANDPIPER

White Winged and Black Terns swarmed over the far side of the lagoon, we saw Little, Common and Whiskered all perched below us and the Slender-billed Gulls were just stunning. 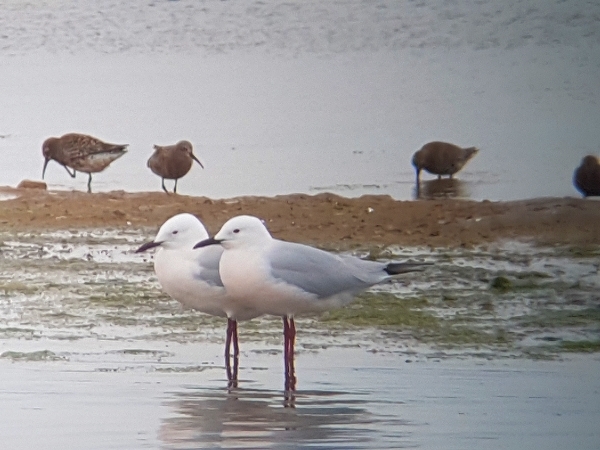 SLENDER-BILLED GULLS WITH CURLEW SANDPIPERS BEHIND THEM

We made several stops around the lagoon and the open marsh adding more species to the growing list, Glossy Ibis, Eurasian Spoonbill, Black Stork, Marsh Harrier, Woodchat Shrike and the beautiful Black-headed Yellow Wagtail we all seen well. Herons, grebes, egrets and a few ducks including the unexpected Northern Pintail we also added. 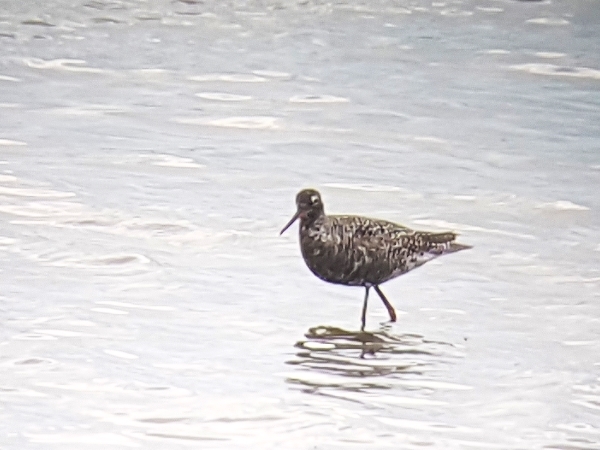 ONE FO THE FIFTY OR SO SPOTTED REDSHANKS SEEN TODAY

We left the area around 5pm and are really glad that we added this venue to our current itinerary. It clouded over and we drove through rain showers as we approached our hotel on the shores of Lake Kerkini. It was too late for birding on arrival but we scoped the lake from our hotel balconies where lots of Pelicans, herons, egrets, storks and waders could be seen.

Dinner was taken at 7:30pm we called the bird-log just beforehand and noted that our list for the three hours or so this afternoon came to 72 species!