WEATHER: cloudy all day with some sunny spells, cold all morning in the mountains but warmer later. 15C

With a complete change of habitat we saw a whole new range of species as we spent almost all day above 1800 meters. We set off early in order to get there at dawn but it was quite cold when we arrived. We set off at 5:30am with our breakfast in a bag and with coffee in flasks, it took just over an hour to drive up to the Vrondous Mountains. 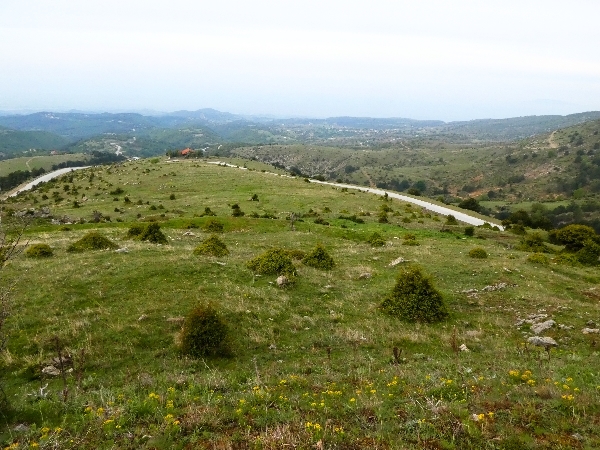 THE MOUNTAINSIDE WHERE WE SEARCHED FOR THE ROCK PARTRIDGE

What a fantastic place, stunning scenery great light and no wind, just great birding weather. We parked at the side of the road where we had superb panoramic views of the rocky hillside below us, this was perfect habitat for the elusive Rock Partridge which was our main target species. As we stepped from our minibuses bird song filled our ears, Woodlarks were singing from several places, Northern Wheatears joined in and several other species added to the crescendo of noise. Common Cuckoo and Eurasian Hoopoe called constantly in the background and despite all this we could still hear the call of a distant Rock Partrdige. 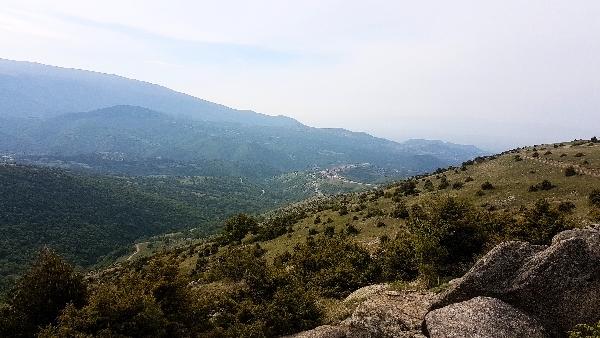 A VIEW FROM FURTHER UP THE VRONDOUS MOUNTAINS

We searched along the road for about 40 minutes for the Partridge without success, but we did find Sardinian Warbler, Subalpine Warbler, Common Whitethroat, Woodlark, Northern & Black-eared Wheatears, Linnet, Hawfinch (flyovers), Common Raven, Common Kestrel, Woodchat and Red-backed Shrikes. 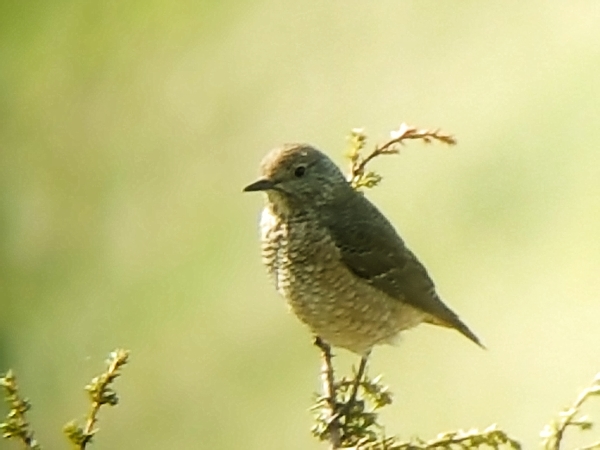 Our decision to drive back down the mountainside to scan an area where the Partridge call was coming from was a rewarding one because after 5 minutes we inadvertently flushed a ROCK PARTRIDGE. We watched it in flight and then had some short views of it as it walked amongst rocks and scrub, everyone got to see it well except for Mike who had disappeared behind a bush. 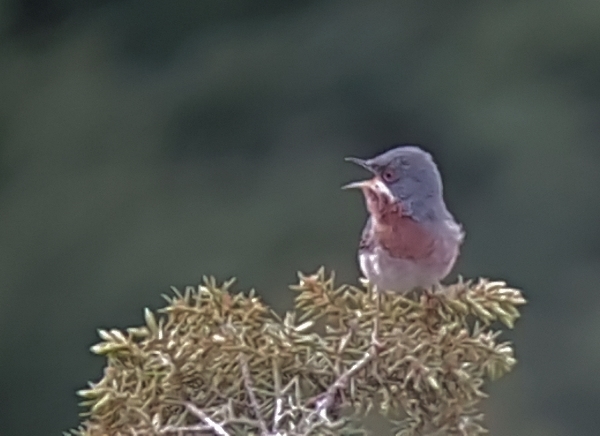 Next, we drove even higher and parked at the roadside where we hoped to find Common Rock Thrush, it took 5 minutes to locate a female and then an extra few minutes to see the beautiful male. We then went on to see Eastern Orphean Warbler, Cirl Bunting, Black Redstart, Booted Eagle and a Hobby shot passed us at a very low level, so low that we could hear the wind passing through its wing feathers, wow!! 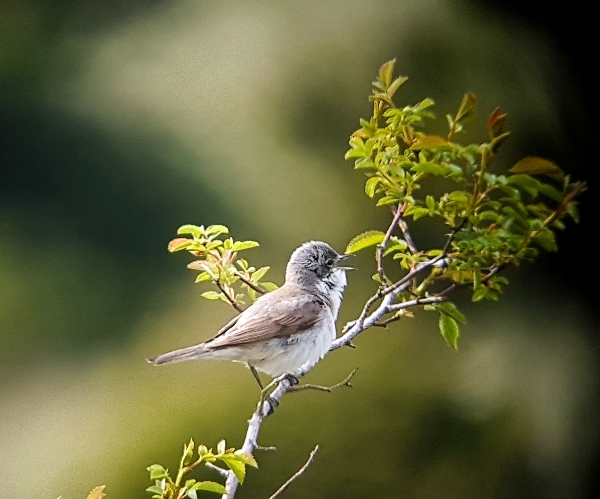 A little further up the hill we stopped again, this produced a very close encounter with a Lesser Whitethroat, it sang constantly whilst we were there and in full view. We notched more Black Redstarts, Mistle Thrush, White Wagtail and Common Starlings.

Another 5 kilometers further along the road took us to nearly 2000 meters, we parked up and took a forest track through some pine trees which lead us to a large rock face. We had a great time along this track, the light improved, we were sheltered from the very cold breeze and a lot birds were seen. 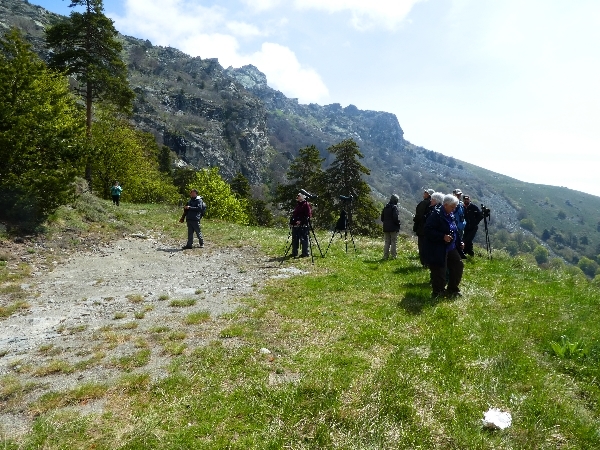 ON THE TRACK THROUGH THE PINE WOODS

Common Crossbills flew over us several times, we did eventually see a couple perched but not for long. We spent a good hour along that track and found several excellent species including: Tree Pipit, Rock Bunting, Firecrest, Lesser Whitethroat, Crested Tit, Coal Tit, Eurasian Nuthatch and we heard Short-toed Treecreeper without finding it.

At the Lailias Ski Resort we sat at picnic benches and ate our lunch, during which, we found Willow Tit, another Black Redstart and further Tree Pipits. A short walk afterwards failed to produce much and our search for Black Woodpecker in the beech woods was fruitless. On the way down we did stop to look at Serins which showed well and whilst we were there we found an Eastern Bonelli’s Warbler which, despite calling constantly very close to the road it took us quite a while to see it! 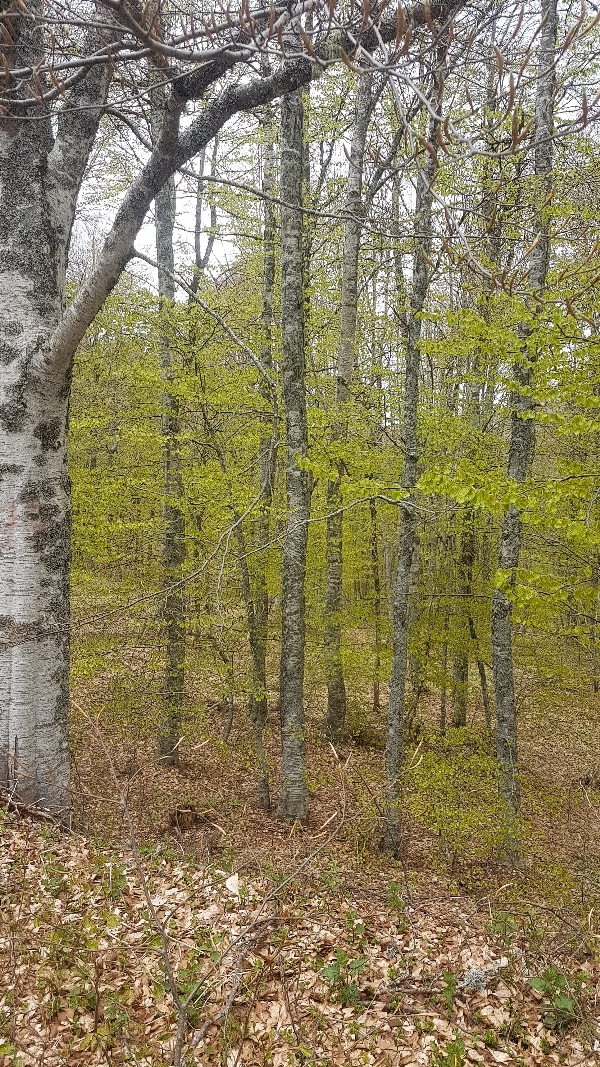 the beech woods where we looked for Black Woodpecker

After a coffee and fuel stop in Serres on the way back we had time to visit a series of disused quarries just outside of the town of Paleokastro. It was quite warm by then and a lot of birds were singing, we saw Common Nightingale out in the open and several Black-headed Buntings sang from the tops of bushes. A good number of European Bee-eaters perched on the power lines and the ubiquitous Olivaceous Warbler sang from several places.

In one of the quarries a Spotted Flycatcher was seen and then just after we found an Icterine Warbler which was another great find for the trip list. 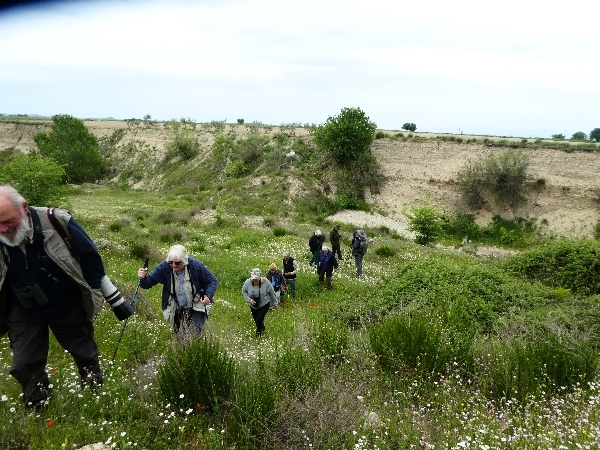 LEAVING ONE FO THE QUARRIES AT PALEOKASTRO

It was 5:30pm by the time we got back to the hotel, we had been out for 12 hours, it had been a long and tiring day but an immensely rewarding one.