The strong winds of yesterday were gone today, we enjoyed a lovely day out in the south of the island..........

Our pre-breakfast excursion took us to the small lake called Metochi but before we viewed the lake we made a quick stop at a rocky outcrop nearby to look for Western Rock Nuthatch. A regular nest site of this species is found right by the roadside and to our great delight it was active. We watched an adult bird putiing some finishing touches to the outside of its mud nest, we had stunning short range views of the bird. 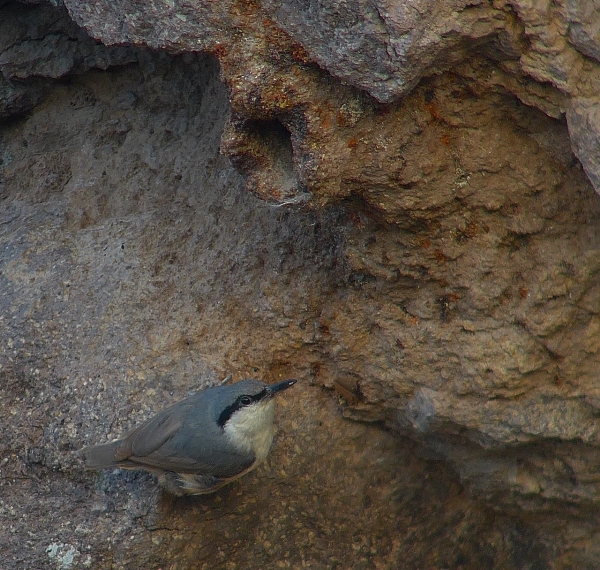 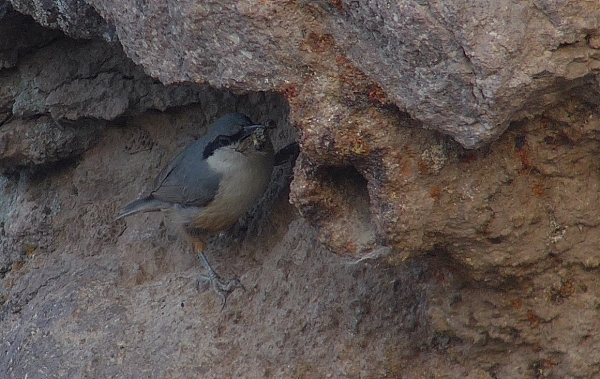 The lake was packed full of Little Crakes, we must have seen 10 from just two viewing places! Other species that grabbed our attention were Penduline Tit, Night Heron, Reed, Great Reed and Sedge Warblers. 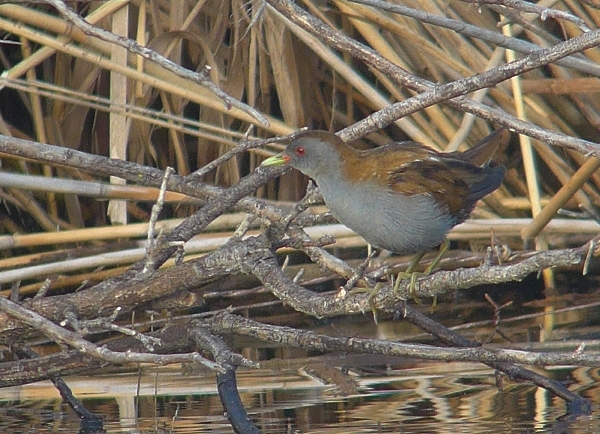 We headed to the south of the island after breakfast, driving around the southern edge of Kalloni Bay and south to Vatera, it was sunny and warm all day with a brisk breeze.

Our first stop was at the pine woods near the village of Achladeri, we hoped to see one of the island top specialities the Kruper’s Nuthatch. It took 15 minutes to walk from the bus through the woods and then two minutes to locate the Kruper’s Nuthatch nest site following directions given to us earlier. We watched for 30 minutes and saw both adults entering the nest hole to feed well developed chicks.

A Hoopoe could be heard from the Kruper’s nest site and over the next hour we walked through the woods looking for one, instead we saw Cirl Bunting, Serin, Middle-spotted Woodpecker, various common species and another pair of Kruper’s Nuthatches. 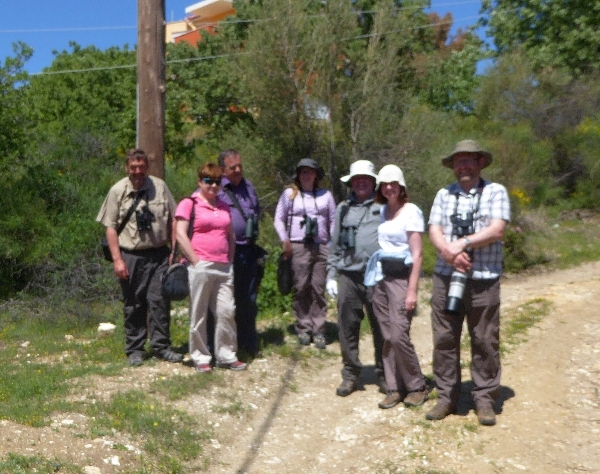 From there we worked our way along the south coast of the Bay passing through small sea-side villages and stopping at a small open lagoon where we ate our picnic lunch. In or around the lagoon we saw Wood Sandpiper, Ruff, Temminck’s Stint, Little Ringed Plover, Avocet and lots of Yellow-legged Gulls.

Another stop in the midst of some olive groves gave us glimpses of Eastern Olivaceous Warbler and our first Tree Pipit, but we could not find the elusive Olive Tree Warbler which sang from a little way in the olive grove.

At Polichnitos Salt Pans we were very disappointed as very few birds were present, just a handful of Ruff, Little Stints, Black-winged Stilts and a single Little Ringed Plover were seen.  From the pans we drove straight to straight to Vatera on the south coast. 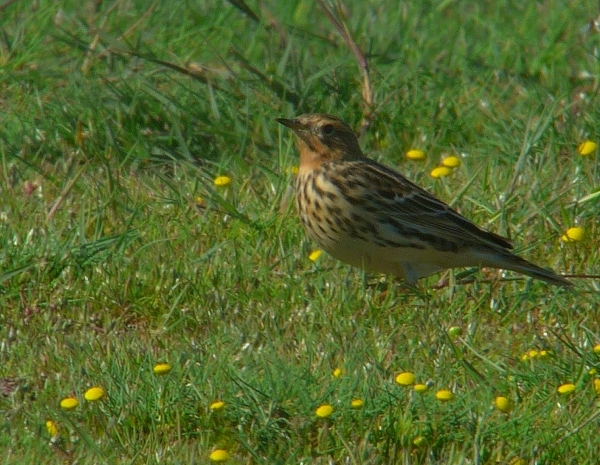 After a quick stop for coffee we made our way to the headland of Agios Fokas where we stopped to search for Sardinian Warbler, a few of the group managed to see one before we gave up and finished the drive to the headland.

A short bout of sea-watching resulted in the sighting of both Scolopi’s and Yelkouan Shearwaters, also European Shag and not much else.

It was now 4pm so we decided to drive back to the Salt Pans at Kalloni, the journey took an hour, we arrived in beautiful sunny conditions, the light was just fantastic. We heard from other birders that we had missed a Dalmatian Pelican and that the elusive Spur-winged Plover was nowhere to be seen. We enjoyed our last hour of the day walking in the flood meadows of Alykes Wetlands which are found between the Kalloni Salt Pans and the shoreline of Kalloni Bay.

We amassed a nice list of species, nothing special but some nice sightings of Red-throated Pipit, Short-toed Lark, Temminck’s and Little Stints, Kentish Plover, Black Stork and the usual 20+ species found in the salt pans.

Finally we drove back to hotel at 6pm in time to get ready for a lovely dinner.