Today I collected Christine & Peter from Gibraltar Airport, they are staying with us for 10 nights and will join me on the first Tarifa Migration Tour beginning on the 2nd September.

Before we left Gibraltar we headed out to Europa Point to sea-watch for a short while. The sea was c​alm and virtually birdless, a few Yellow-legged Gulls, a couple of Cory's Shearwaters and a single European Shag was all we saw. A pod of about 50 dolphin sp. were splashing about and were at least 1km from the shore. 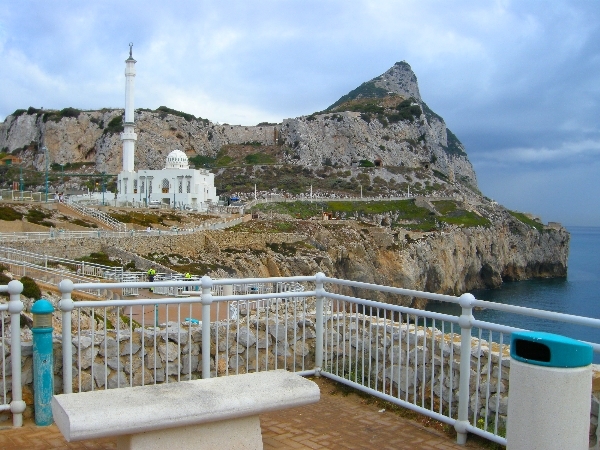 A view of 'The Rock' looking from Europa Point

Back on land we notched up a  Common Kestrel, a Blue Rock Thrush and a couple of `Barbary Apes' before we left Gibraltar and entered Spain at the border crossing. During our time on Gibraltar we never saw a single raptor on migration!

We then drove the short distance to Palmones Natural Park, a salt marsh nature c​onservation area where the river Palmones cuts a swathe through a large area of salt marsh and where a nice array of waders can usually be seen. When we arrived the tide was low with a nice margin of exposed mud on both sides of the river all the way down to the river mouth. We quickly located several species of wader and after about half-an-hour we clocked up 8 species, namely; Whimbrel, Common Greenshank, Common Redshank, Common Sandpiper, Common Ringed Plover, Kentish Plover, Dunlin and Sanderling. We also logged Black-headed, Yellow-legged and Lesser Black-backed Gulls, Grey Heron, Little Egret and Mallard. 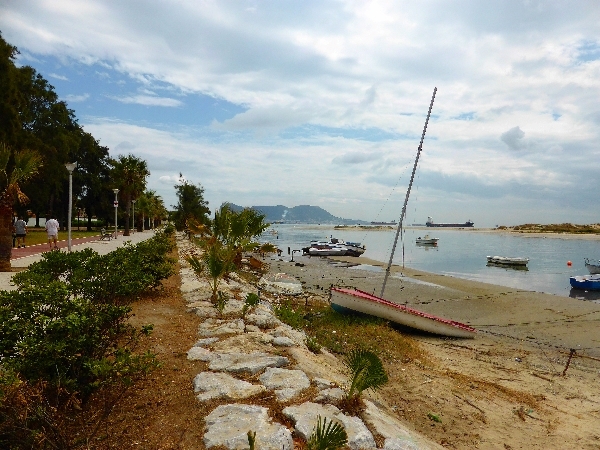 The sky began to clear and it warmed up considerably and not long afterwards we began to see a passage of raptors. Before long we saw flocks of Honey Buzzards, then more flocks and even more flocks. In 10 minutes we counted 250 Honey Buzzards, a dozen Black Kites and fewer numbers of Booted Eagles and Griffon Vultures. White Storks were also seen in small numbers. 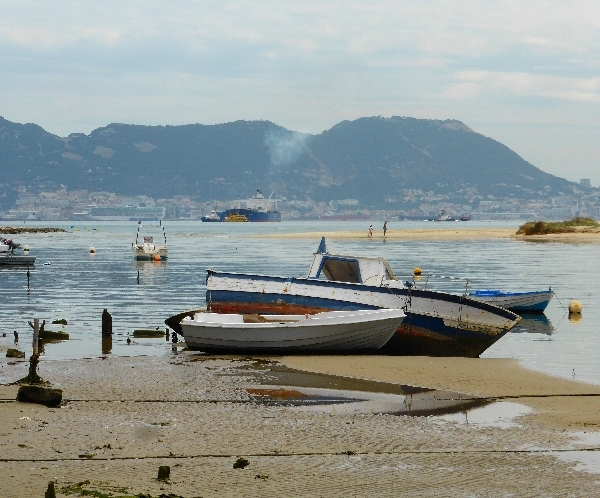 Looking at the mouth of the river Palmones into Algeciras Bay

We drove inland towards Jimena de la Frontera, stopping for lunch just outside of San Roque. Later, as we drove up into the mountains heading for Gaucin we saw Bee-eaters, Common Buzzards and Collared Doves on the wires and as we stopped just outside of the village we again saw flocks of both Black Kites and Honey Buzzards. At this point we also logged Booted Eagle and we saw our first Short-toed Eagle. 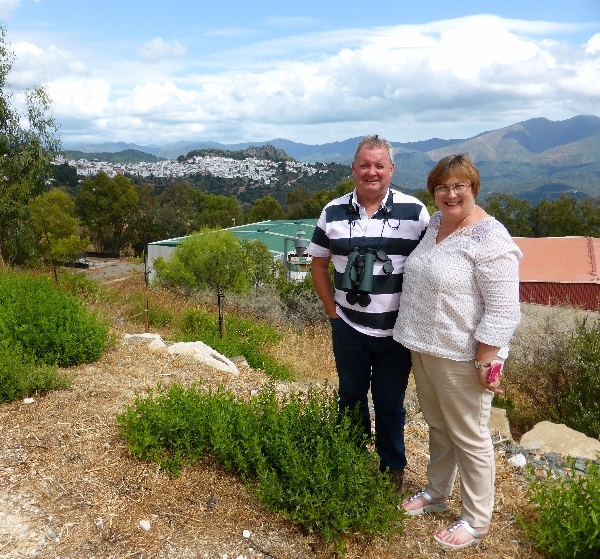 Peter and Chris with Gaucin in the background

We drove into the village and onto our house where, after a short settling-in period and a quick cuppa we sat up on our top terrace to watch a few raptors passing over. We saw more Honey Buzzards, Black Kites and Booted Eagles but unfortunately it clouded over and it began to rain so we abandoned our birding for the day and got ready for dinner, we had recorded 32 species this afternoon but this included a count of around 500 Honey Buzzards. A fascinating start to Chris and Peter's visit.