TRANSFER FROM AGADIR TO ESSAOUIRA WITH A VISIT TO OUED SOUSS, CAPE RHIR, TAMRI AND OUED KSOB.

Our last birding-day had arrived and oh so soon! It was a misty start, the mist remained until about midday when bright sunshine prevailed. We started with a quick visit to the Oued Souss estuary where a flat calm river was shrouded in a light mist. A number of species were feeding on the tidal mud of the river banks including several wader species.

New for our list was Moroccan Wagtail, a close encounter in poor light but seen well enough. Also Slender-billed Gull was seen for the first time as well as Whimbrel and a single Little Stint. Our search on the heathland for Bluethroat and Dartford Warbler produced only Common Nightingale, Common Bulbul and lots of Sardinian Warblers.

We left Oued Souss and headed north towards Essaouira, along the way we stopped to look at a couple of gull roosts along the shoreline, we got much better views of Audouin’s Gull and Gull-billed Terns.

A peninsular called Cape Rhir is one of Morocco’s best sea-watching points, we walked down to the headland from the road in the hope of seeing  shearwaters. We found the misty conditions somewhat limiting in the extent of our viewing range but we saw many gulls, terns, Northern Gannets, a single Razorbill and I saw a single Mediterranean Shearwater but no-one else got onto it. The Cape itself held Stone Curlew, Black-eared Wheatear, Whinchat and one of the group flushed a Common Quail. 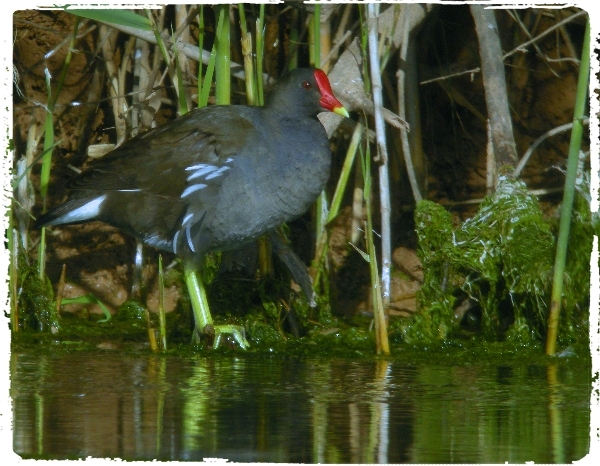 Moving on we stopped next at Tamri Bay which has a huge brackish inland lake and a substantial reed-bed around it. The lake is a known haunt of the critically endangered and very rare Bald Ibis.

We got off the bus and 4 Bald Ibis flew over us, wow! A few more followed, we saw them land near the beach on the edge of the lake. A few minutes later we had 14 birds in the scope, this amazingly ugly-looking bird posed well for us. A huge gull roost stood nearby, again it held Audouin’s Gull, with Gull-billed Terns. 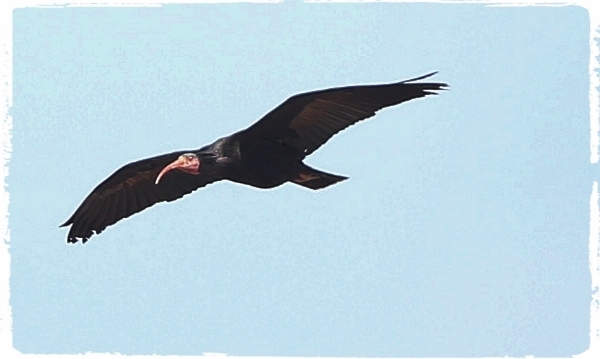 BALD IBIS - one of the rarest birds in the world - you can see why! - taken by Kevin Jones

We eventually turned our attention to the lake which held about 20 Eurasian Coot, 2 Ruddy Shelduck, Common Sandpiper, Little Ringed Plover, 6 Eurasian Spoonbill and to our great delight at least 3 Purple Herons were present. A search for Acrocephalus warblers went unrewarded, we did flush a Squacco Heron but not much else.

Further northward we stopped in Argana forest to look for Woodlark, which we duly found along with Black-crowned Tchagra, lots of Woodchat Shrikes, Stone Curlew and several other woodland birds.

Our last stop was just south of Essaouira where we walked along the stony river-bed of the Oued Ksob. This 2km walk was most enjoyable in lovely sunshine a nice cooling sea-breeze. We walked west towards the shore and searched for our last Moroccan speciality; the Brown-throated Martin. 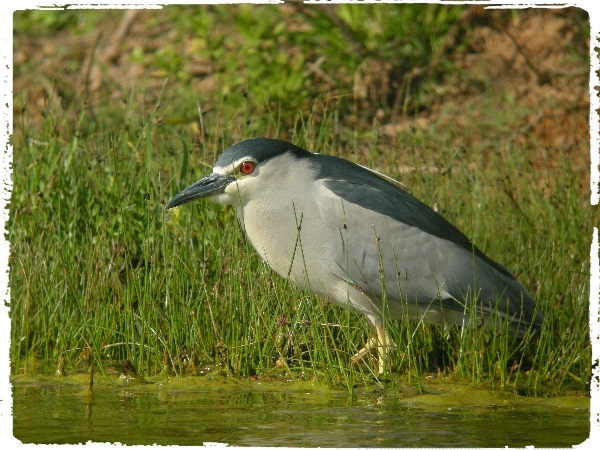 Our attention was drawn to the scrub along the river banks and on stony banks, it was covered in small warblers, mainly Willow Warblers and Chiffchaffs but we also found Blackcaps, a single Melodious Warbler, a Whinchat and lots of finches. Our first Song Thrush of the trip was seen bathing with Greenfinches and Goldfinches, a couple of the group recorded our first Sparrowhawk of the trip.

The Brown-throated Martins were in good form, they flew all around us for most of the walk and even perched up for the photographers, marvellous. A good number of birds were feeding in the water, we saw 10 Grey Herons with a single Night Heron, Greenshank, Common, Wood and Green Sandpipers, a single Common Snipe, Little Grebe and lots of White, Yellow and Moroccan Wagtails. 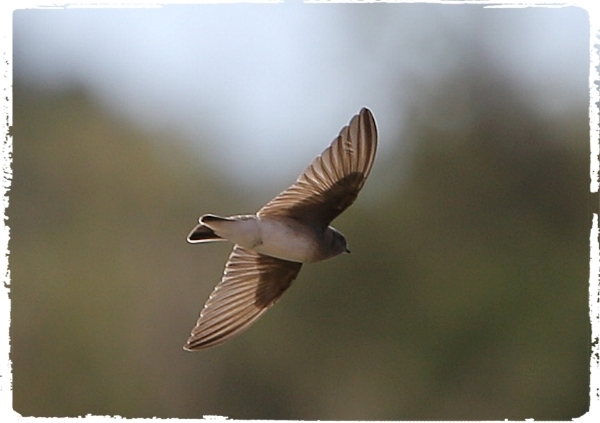 We finished our walk as the sun began to drop in the western sky, our bus was waiting to take us to our hotel in the centre of the old walled-town of Eassaouira. It was a lovely quirky hotel spread over four floors with an open roof over the ground floor courtyard. A lovely roof terrace gave commanding views over the town and port. 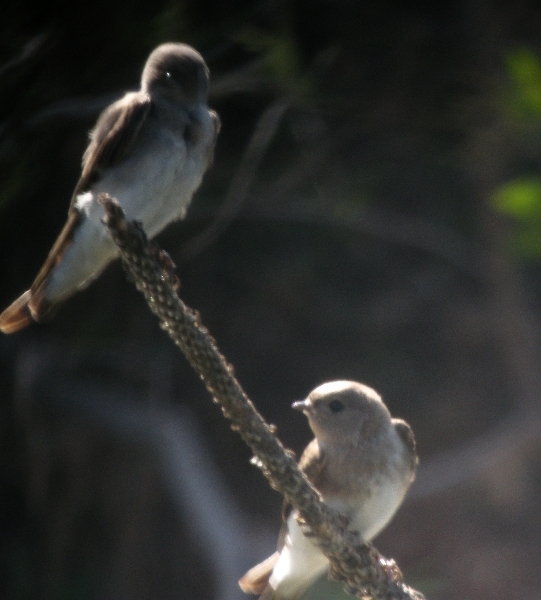 We ate a superb fish dinner, very apt for a fishing town. Our last bird log was called, we had recorded over 185 species of birds in total for the trip, which considering the bad weather of the first few days was very commendable. We had a very early start in the morning so our birding was over.