WEATHER: a nice calm start with rain, but after lunchtime the wind picked up and we had 50mph gales for the rest of the day.

Sometimes its just better to stay at home! But as we were away from home we had to go out today. It was raining hard as we left our accommodation and a little bit windy, we drove a short distance to the Chosely Barns, a well known area for buntings and finches. In times gone by it was a reliable spot to see Corn Buntings but not these days.

We parked up and birded from the bus until the rain stopped, the wind wasn’t too bad and we were able to set up our scopes. As first we saw more mammals than birds with dozens of Brown Hares in the surrounding fields, we also saw a few Muntjac Deer and close by a Weasel showed a few times. 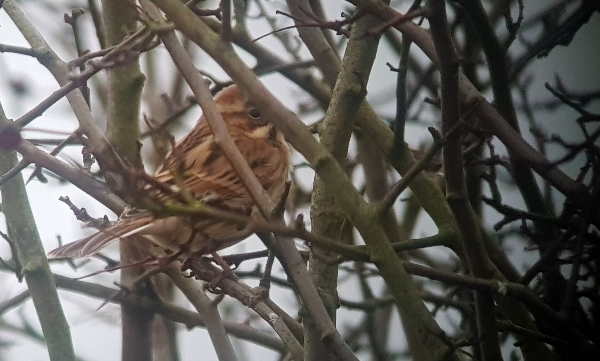 There is a female Reed Bunting hiding in this bush

The field had strips of ‘set-aside’ along the edges, planted with sunflowers and millet, we saw Goldfinches, Chaffinches, a single Brambling, Dunnocks and a few Yellowhammers. Both Wood Pigeons and Stove Doves were numerous as well as Lapwings, Jackdaws, Crows and Starlings.

We searched for Corn Buntings without luck, some birds of prey flew over including Red Kite, Common Buzzard and Marsh Harrier. After an hour we moved on, driving back along the coast towards Hunstanton stopping to look at a flock of Bramblings in a roadside tree, there must have been 50 of them!

At Hunstanton the wind was a little stronger and the tide was extra high with waves splashing over promenade. We located our target birds almost immediately, Fulmars looked as though they were enjoying the high winds as they dashed and swirled along the famous Hunstanton Cliff face. 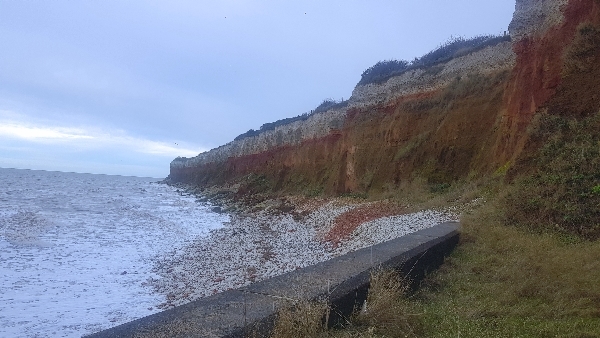 the colourful cliffs at Hunstanton 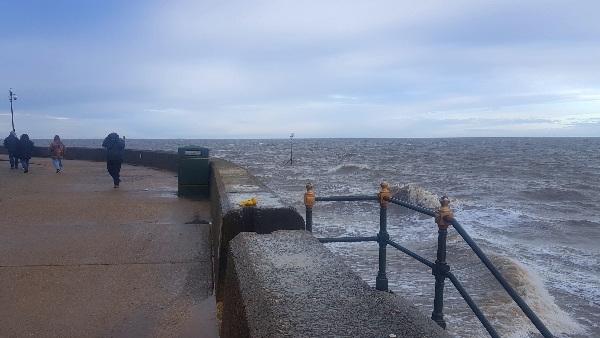 High Tide along the Promenade at Hunstanton

We saw dozens of Oystercatchers on the roadside lawns and Turnstones with a single Sanderling strutting along the promenade. It wasn’t long before we got Back onto the bus and headed back the way we came, this time we headed for Wells for another look at the River Channel near the shore. One stop looking over Holkham Freshmarsh produced good views of our first White-fronted Geese of the trip, with Greylags and hundreds of Pink-footed Geese flying high over us.

From the sloping path near the lifeboat station at Wells we scoped the sea around the estuary mouth, finding five Eider Ducks, a pair of Goldeneye, a Great Northern Diver, a Common Seal and all the usual wading birds. There was no sign of a Slavonian Grebe which had been reported earlier. At this point the wind blew Mervyn’s scope over, which smashed down onto the concrete pathway, ouch!! 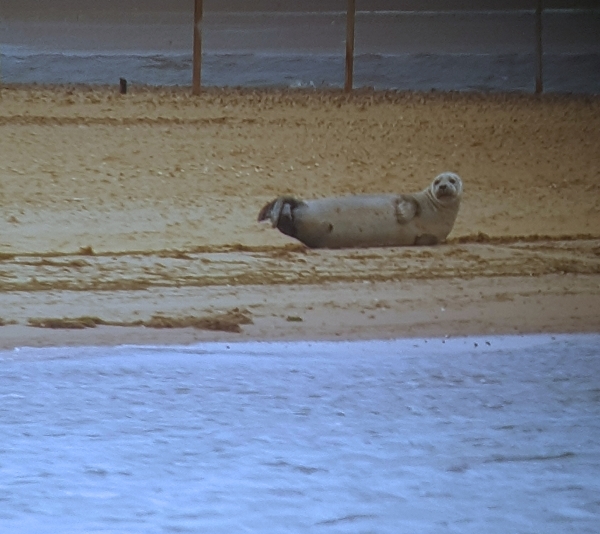 In the meantime Nigel found our first Shag of the trip and we searched for more birds along the channel back towards Wells. We then jumped back on the bus and headed to Cley, stopping at the Cley-Spy Optics shop to get Merv’s Scope fixed, which was repaired very quickly and efficiently. 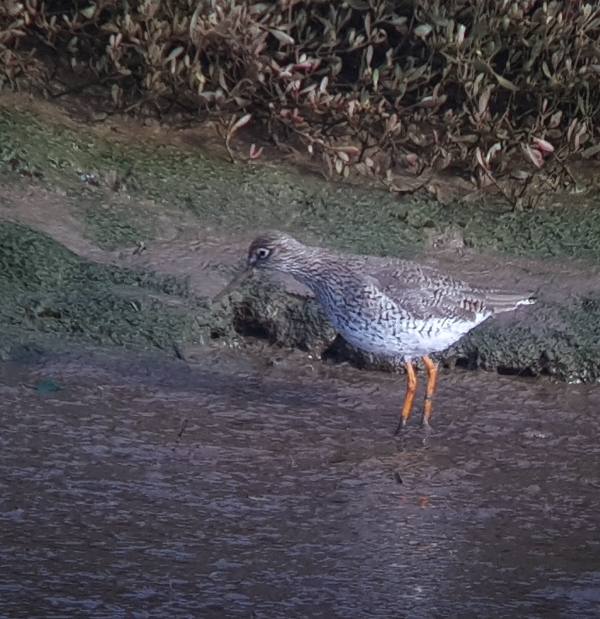 Our next stop was Cley Reserve, we visited the beach car park first and from the approach lane we stopped to watch many Brent Geese and a small flock of Golden Plover. Scanning the beach area for an Iceland Gull produced very little, but out at sea we saw Common Scoter, Red-throated Diver, Gannets and a fair few Teal flying past. 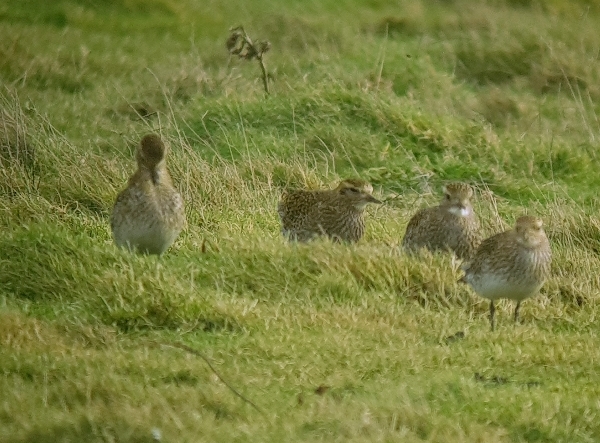 a few of the Golden Plover at Cley 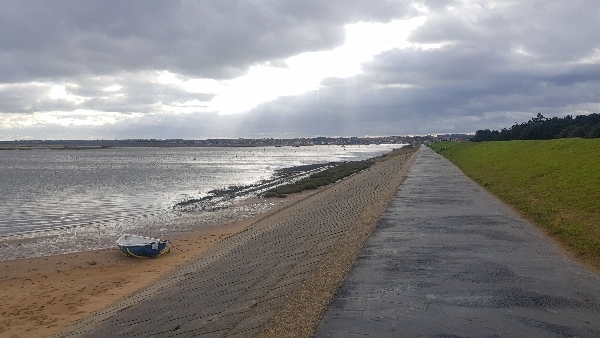 We were told that the Iceland Gull was now east of Cley feeding on the carcass of a seal, so we drove to the East Bank and parked up. Our walk was delayed because of a downpour, and it became obvious that the wind had picked up substantially. Despite this we marched along the east-bank and at the beach we located the ICELAND GULL and the carcass. 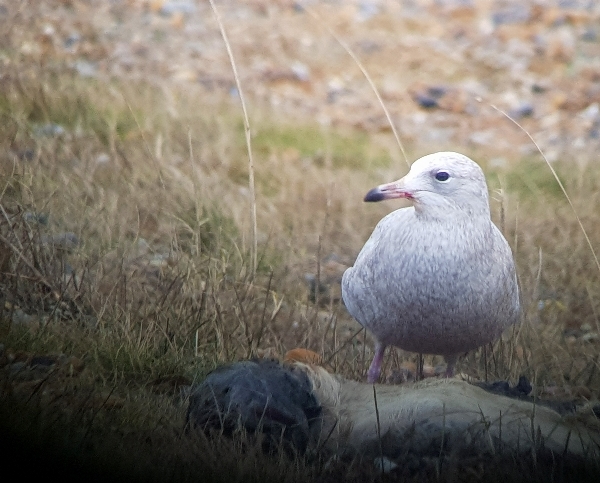 our bird of the day - ICELAND GULL  and a Seal carcass 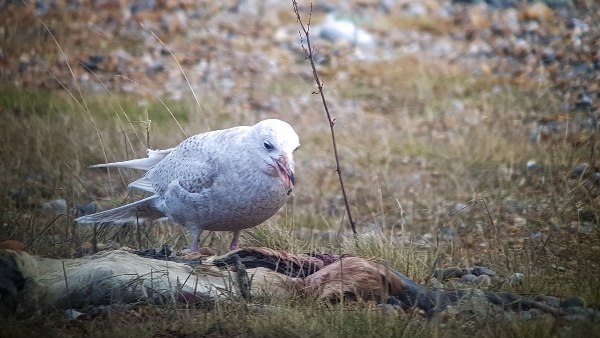 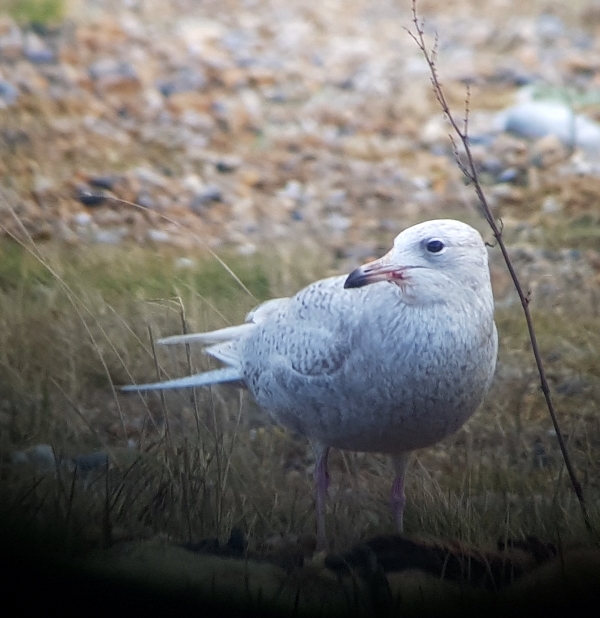 It was a struggle battling the windy conditions all the way back to the car, we had hail-storms and it was hard to stand up at times.

For our last birding of the day we drove to Titchwell to watch, once again, the Harrier Roost. From a hide we watched a couple of dozen Marsh Harriers battling the wind to get to their roost. We left there as it was getting dark and had good close views of a Muntjac which was raiding the bird feeders. 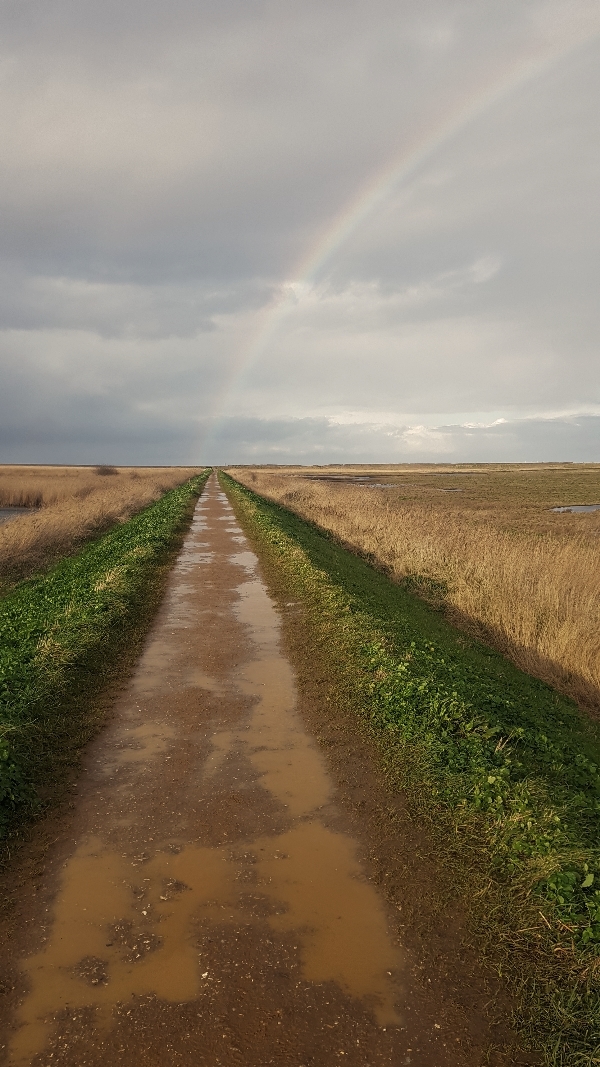 Our last night was spent just as the first night with a visit to a local pub for dinner. Our time was up in Norfolk, from tomorrow we are setting off to Scotland.