I was determined to find a Goosander today as all of the group had seen one but not me! I set out on foot at 6:30am to meet the others at 7:30am outside the hotel. Followed the stream out of the village into the meadows. I saw Grey Wagtail, Grey Heron and lots of common species. Once I reached the River Conwy I spent a lot of time scanned the banks and shingle islands for birds. I saw Mallard, Common Sandpiper, Grey Heron and not a lot else. 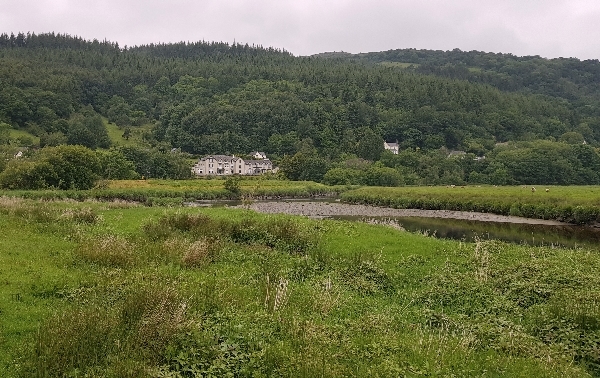 a picture of our hotel from the meadows 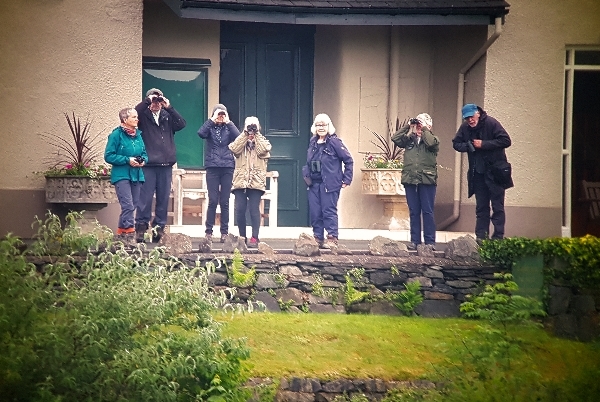 some of the group emerging at 6:30am

Then I saw movement a little further down river, It was a female Goosander and she had nine fledged chicks with her, wow!! What a great sighting. The birds disappeared around the next bend before I even got a single shot of them. Just before I walked a way a Common Sandpiper appeared on the bank, but it too flew down river before I could get a shot of it. 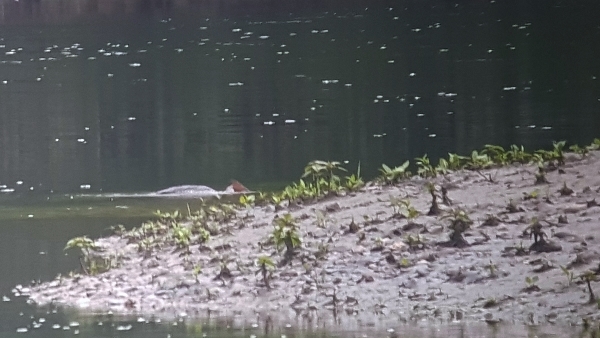 there is a female Goosander in this picture, honestly!

The group piled out of the hotel at 7:00 as arranged and we met up near the hotel, they had seen the Goosander too and the chicks so all was well. We went on to see a number of other species including a pair of Common Redstarts, a Heron Roost with 12 birds in a single tree and lots of common species. We heard Willow Warbler, Blackcap, Goldcrest and we saw some Siskins.  A couple of the group heard Reed Warbler and Grasshopper Warbler near the hotel. 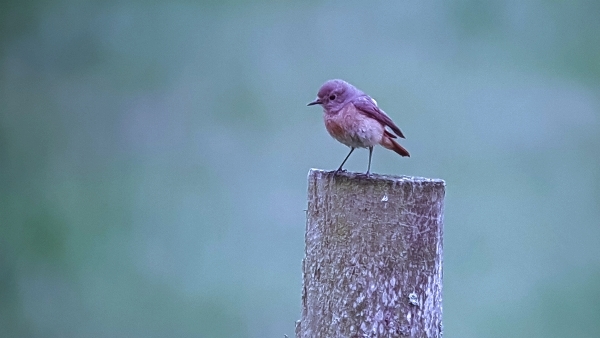 Before the group dispppeared back to the hotel I relocated the Common Sandpiper, I called them back and we all got to see the bird. 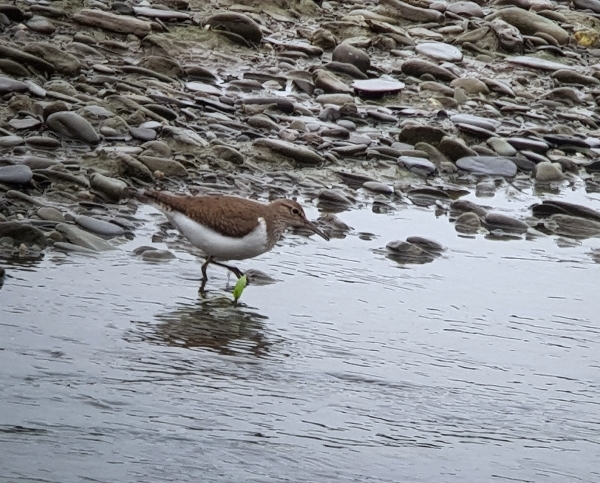 I walked back to the village along the stream and found a Dipper, Grey Wagtail, Pied Wagtail and Greenfinch but there was no sighting of the Kingfisher. 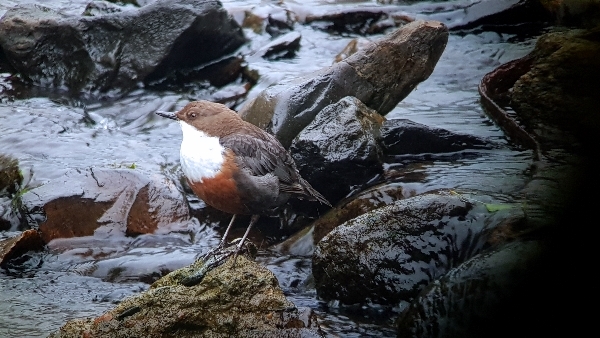 After breakfast we loaded up the bus with our luggage and set off for one last birding trip before we had to return to Shrewsbury Train Station for an early afternoon train. We decided to visit an oak woodland near Capel Curig to look for Wood Warbler which was missing from our list. After parking the u s we walked along a track looking and listening, we heard several species but not the Warbler. Chiffchaff, Chaffinch, Treecreeper, Blackcap, Song Thrush and several Robins.

On the way back we had a quick view of a male Common Redstart and a Mistle Thrush in a meadow but no Wood Warbler. We then set off for our final journey back to Shrewsbury around 11am stopping at Llyn Brenig for a coffee and toilets. We heard news that the Ospreys had hatched all three eggs now, but the last chick to hatch had died last night!! We watched Siskins and Redpolls around the feeder and a few common species before we left.

At 1:30pm I dropped off my Group and picked up a second group to do exactly the same trip all over again, read tomorrow’s blog to see how we got on!