Having dropped off my first group of 10 particiapnts I immediately collected my second group of 8, they are all from the same RSPB group in London and so they know one another.

We drove to Llyn Brenig along the busy A5 noting a few species along the way including a Red Kite, Common Buzzard, Swallows, House Martins, Greylag Geese and many Crows, jackdaws, Rooks and Wood Pigeons.

At Llan Brenig we had a hot drink in the visitor's centre and watched the nesting Ospreys on web-cams, they had hatched all three of their eggs but one chick had died last night.  At the feeders around the visitor's centre we saw lots of Siskins, the males were looking superb in their summer uniforms. We also saw a few Lesser Redpolls, once again the males were incrediblly colourful. Also at the feeders were Goldfinches, Chaffinches, Robins and Dunnocks.

After a quick coffee we walked down the lane to the Welsh Wildlife hut where we could see the Ospreys for 'real'. We watched Meadow Pipits performing their parachuting dispaly flight and we saw Willow Warbler, more Siskins, a Coal Tit, Blue Tit, Great Tit, we also heard Blackcap. 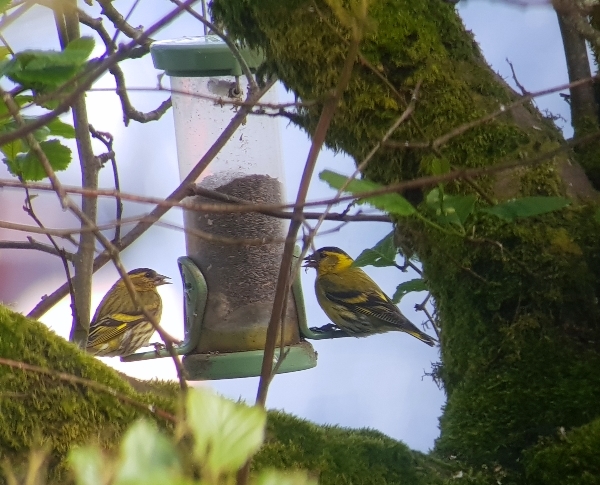 Siskins on a feeder

We were lucky enough to see both Osprey parents, the female was on the nest whilst the male stood guard on a nearby perch.

We stayed for a little while, but we were driven off by the high number of biting midges in the area. The feeders near the observation point had dozens of Siskins around them with Blue & Great Tits and Goldfinches. 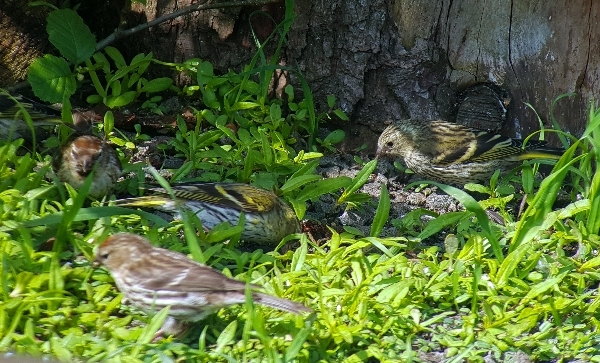 We drove the last 15 miles to Betws-y-Coed and onto the ‘Ugly House’ near Capel Curig. In the woodland behind the house we looked for Pied Flycatcher but the nest boxes were all deserted, the family of flycatchers had fledged. We searched the woodland for them without seeing one. We did find several Treecreepers, Chaffinch, Wren, Long-tailed Tit, Robin and we heard Great spotted Woodpecker and Song Thrush. 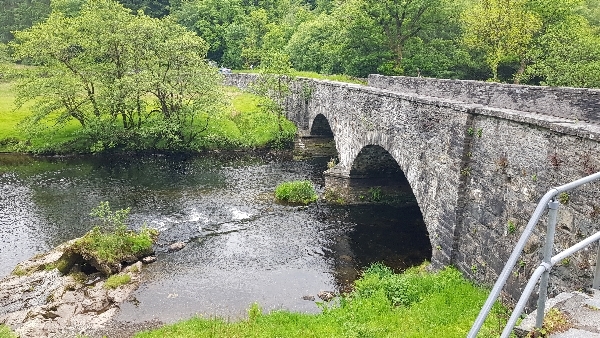 the bridge over the Afon Llugwy at the Ugly House

We spent a little time looking from the bridge by the car park at the Ugly House, but all we saw was pair of Mallards and a Pied Wagtail.

Our arrival at the hotel was around 6pm, we unloaded the bus and checked-in. Some of the group went for a quick walk, others watched the river and meadows form their rooms. A Hobby was seen by two or three of the group, also Common Swift, Sand Martin, Greenfinch, Mallard and Grey Heron.

Dinner was served at 8pm and we took an early night in anticipation for tomorrow’s birding on Anglesey.