We were up, breakfasted, packed and on our way by 8:15am we had a journey of some 450 kms ahead of us and we intended to spend all day doing it!

We made several stops for fuel, coffee, lunch and birding, our bird list was small but we did add several new species to the list.

Both Black and Red Kites were seen regularly along with Griffon Vultures and we saw a pair of Montagu’s Harrier. Our route took us passed Pamplona, Logroño and Santander it was mostly on good autovia roads but a large section was on slower roads where we could stop more or less at will. 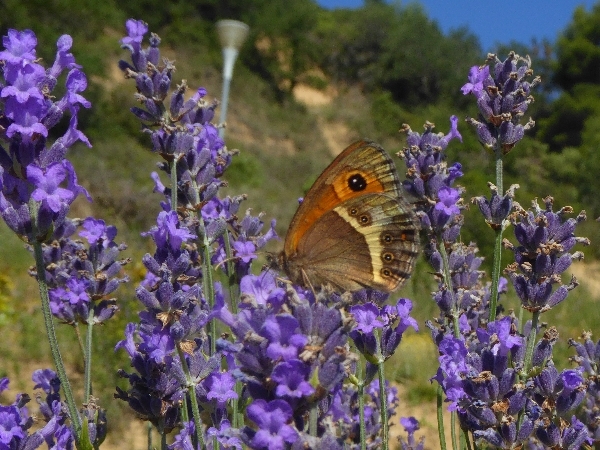 Our lunch stop was made at a picnic site some 50km north of  Logroño, we noted Eurasian Hoopoe, Melodious Warbler, Common Nightingale and a Booted Eagle. A couple of new butterflies went on our list too, Painted Lady and Spanish Gatekeeper. 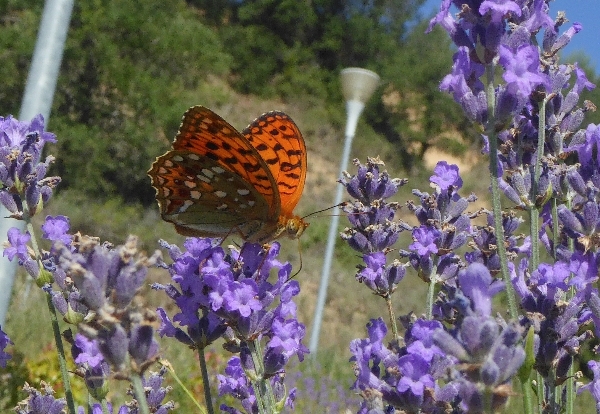 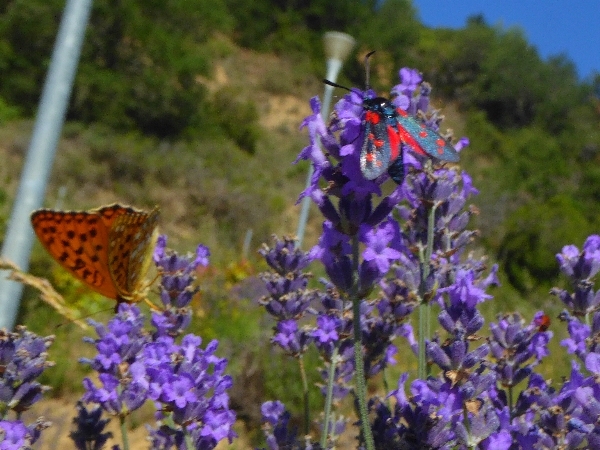 The new stop was another 100km further north where we watched, Egyptian Vulture, Raven, Carrion Crow, Griffon Vultures and a little lower we saw Common Stonechat, Greenfinch, Goldfinch, Bonelli’s Warbler and we heard a Common Cuckoo.

One of main stops was along the shoreline of the huge Embalse de Ebro, the water level was very lower and as it was a Sunday many people were enjoying various bird-disturbing activities. A very low-flying Honey Buzzard came right over heads whilst we were watching Common Whitethroat, what a treat that was. We also saw Great-crested and Black-necked Grebes, Mallard, Yellow-legged Gulls and a surprising Egyptian Goose! Several Terns were seen in the distance and they looked like and fed like Black Terns but could have been Whiskered so I never put them on the list. 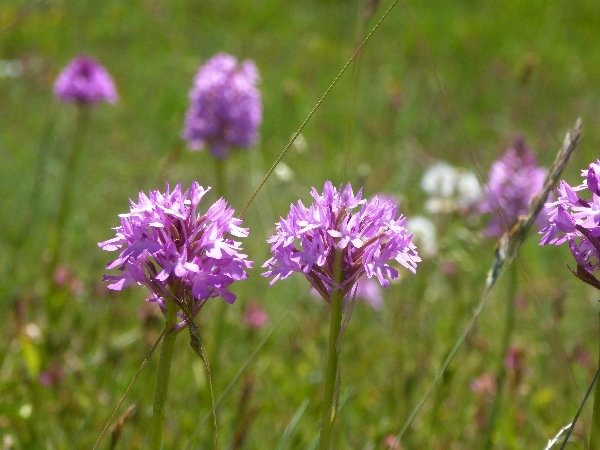 Our last stop was at the large estuary and mudflats at St Vincente de Barquera, what a picturesque sea-side town. Of course it was packed with day trippers but we managed to park on the bridge and scope the area.

A gull and tern roost held; Yellow-legged, Black-headed & Lesser Black-backed Gulls, with a few Sandwich Terns and out on the mudflats we saw both Eurasian Curlew and Whimbrels along with a lone Great Cormorant, it was a little disappointing as far as bird numbers was concerned. 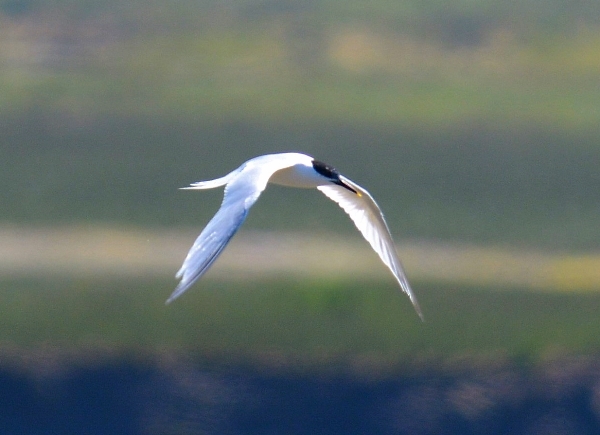 It took an hour to drive to our hotel in Cosgaya from St Vincente, the drive took us through a beautiful gorge some 15kms long the views were spectacular but the driving was arduous. We arrived at the hotel around 5:45pm, after a long day on the road! A Dipper and White Wagtails were in the river right next to the hotel, what a nice welcome.

Dinner was delicious, a cold beer went down well too, tomorrow is our last birding day and we are due to take the cable car up to the peaks of the Picos.