Our first full day was a very long one, an early start and a late finish. We saw some wonderful birds, some outstanding natural landscapes as we packed in so many venues..........

A very early start saw us leaving our lovely little hotel at 5:30am in the dark, we had a 30minute drive to Belchite and onto El Planeron we needed to get there at first light to get the best chance of seeing the DUPONT’S LARK. It all went to plan except that the Lark forgot to read the script! The weather was just perfect, a beautiful orange sunrise cast a colourful glow across this unique landscape and as we arrived many larks were up before us. We quickly noted Crested Lark, Short-toed Lark, Thekla Lark and Corn Bunting but our search for Dupont’s remained unrewarded. 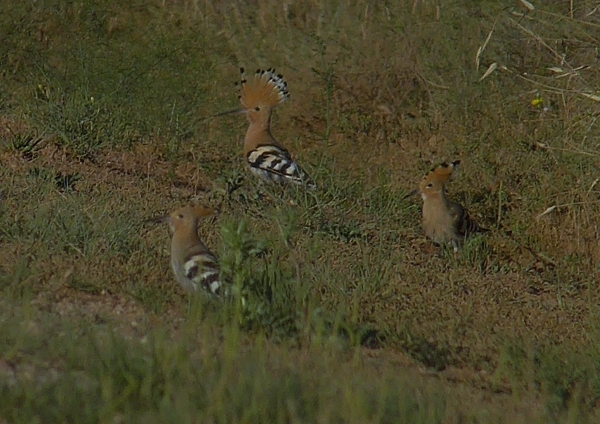 After an hour we moved deeper into the reserve where Black-eared Wheatear, Southern Grey Shrike, Little Owl, Red-legged Partridge and Lesser Short-toed Lark were noted, the eerie called of the Stone Curlew was heard just before the bird showed and a family party of Common Kestrels fed in the adjacent field. 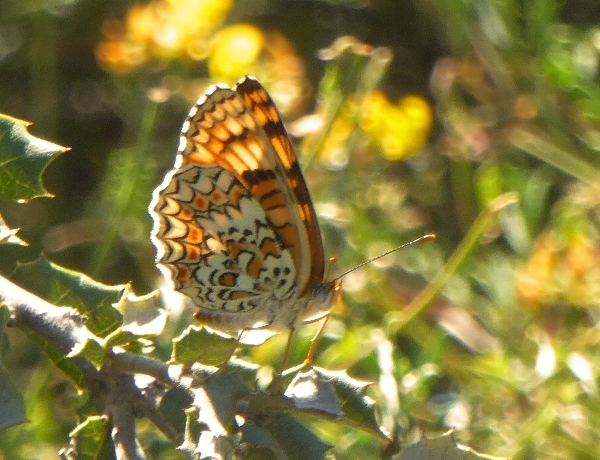 It was extremely dry out on the plains but we found a couple  of small pools where larks were coming to drink and bathe, we hoped for Sandgrouse but none appeared. On the way out of the area we stopped to watch a gang of Hoopoes, a Short-toed Eagle sitting on a derelict building, a couple of Ravens and another Stone Curlew in flight. 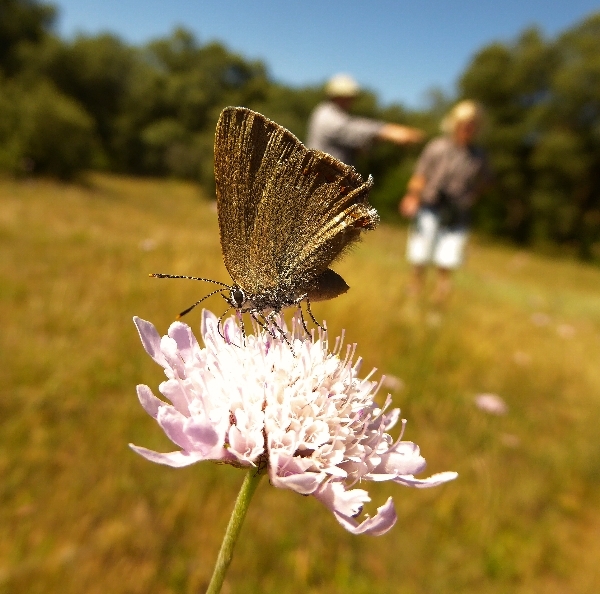 It was now 9am we had spent 3 hours on the El Planeron Reserve it was time for breakfast so we drove into Quinto making a couple of stops to watch White Stork, Common Buzzard, Marsh Harrier and Black Kite. As it was a Sunday the town was shut except for a tiny bar where we ate tostada and marmalada with lovely Spanish Coffee.

Next we visited the Rio Ebro in Quinto where a huge ox-bow lake has almost formed (the river still flows into and out of it when the water level is high) this section of still water has masses of reed-beds and riparian woodland. It was full of birds and flys and midges which were annoying. We heard several Great Reed Warblers without seeing one, but we did see Reed Warbler, Common Kingfisher, Common Nightingale, Cetti’s Warbler, Melodious Warbler and lots of Sand Martins. 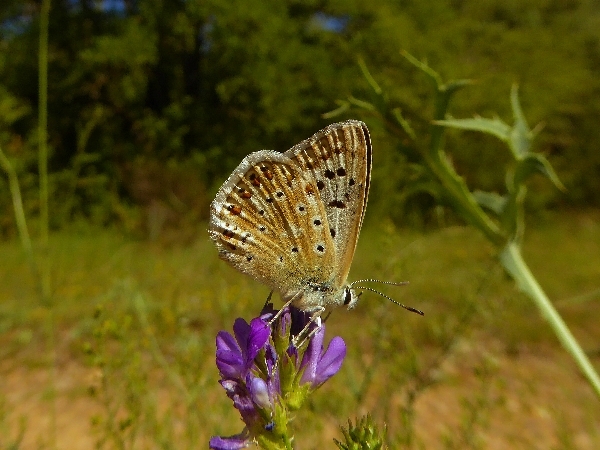 We made several short walks along the banks of the ‘lake’ and found a family party of 4 Wrynecks, Spotted Flycatcher, Little Ringed Plover, several Purple Herons, Little Egret and both White & Yellow Wagtails. We left the area by driving a few kilometers along the river back to the main road.

From Quinto we drove to Los Monegros where the temperature was now at 33C, but a nice breeze cooled the air somewhat. However we did not stop for long, we found Spectacled Warbler, Dartford Warbler, Black-eared Wheatear, Bee-eaters and many Black Kites. But raptors were our main target especially Golden Eagle, this area is a regular haunt for them because of the large number of Rabbits found there.

We saw a juvenile Bonelli’s Eagle with some Black Kites and a very distant Golden Eagle, not the best of sightings but good enough to ID the Goldie. From Los Monegros we headed for the Hecho Valley in the Pyrenees, we stopped for lunch along the autovia and again in Jaca, by this time the group were flagging in the heat. We made a very short walk to the ‘citadel’ ruins in the centre of Jaca where we nabbed our two target species in about 5 minutes. Rock Sparrow and Tree Sparrow are easy to see on the battlements, job done we were back in the car and heading for Hecho. 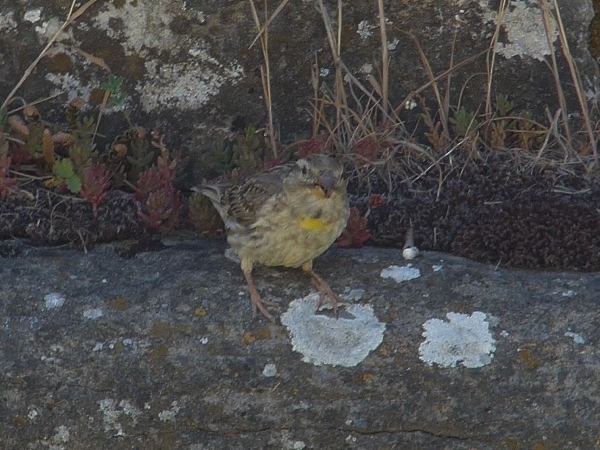 One final stop near Puente de Reina produced a nice Western Bonelli’s Warbler and lots of butterflies, Knapweed Fritillary, Queen of Spain Fritillary, Ilex Hairstreak, Spanish Chalkhill Blue, Brimstone and several others.  It was still hot at 5pm so a second ice-cream was called for before we completed the final leg of the journey by driving the 28 kilometers up the Hecho valley to our hotel. This last part of the drive was the most scenic of all, we had had superb views of the snow-capped mountains (very little snow this year) as we drove up from Huesca but now we were very close, stunning.

Our hosts Imanol and Lucia were most welcoming and after settling in we enjoyed a nice cold beer on the terrace before tucking into our delicious dinner. An early night followed as we were all very tired.