Breakfast was taken at 6am and we set off soon afterwards and headed down to the town of Hecho before we turned off towards Anso, the scenery between the two valley was incredibly beautiful and the roads were car free. Once in the Anso Valley we stopped to scan some jagged pinnacles for birds. Some of the group had not seen Blue Rock Thrush yet. We saw zilch on the pinnacles, a Red Kite drifted over and a few Griffon Vultures sat on nests, Garden Warblers called from the scrub. 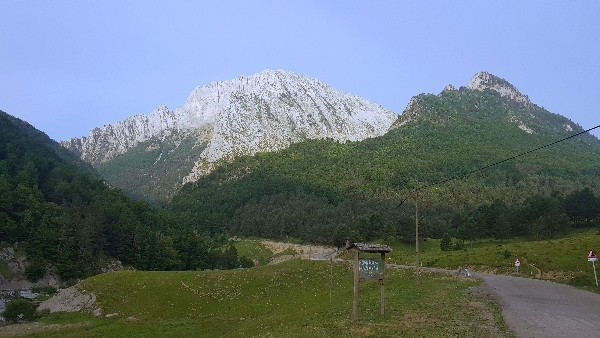 A view in the Anso Valley

We drove through the village of Anso and up through a 14km-long gorge to Zorita where we made our second stop. Once again the scenery was breathtaking, just gorgeous. We search for Black Woodpecker and anything else we could find. Serins, Black Redstarts, Crag Martins, White Wagtails and more Griffon Vultures was all we came away with. 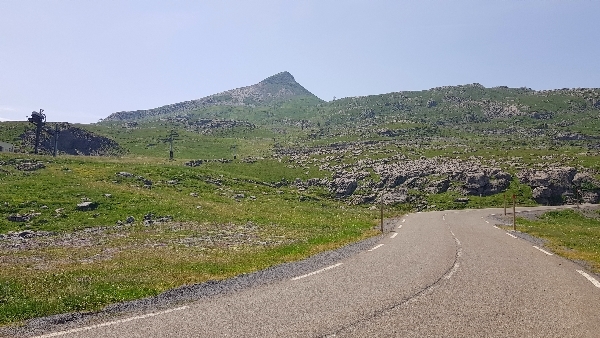 on top of the Belagua Pass

We also stopped in the valley that connects the Anso to Roncal Valleys, where we once again searched for Black Woodpecker and heard nothing from them. We added Red-backed Shrike,  a family party of Ravens and a few Carrion Crows to our day list. 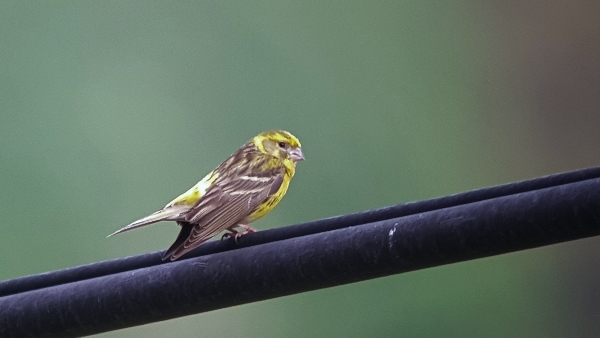 Once we were in the Roncal Valley we climbed up and over the Larra-Belagua Pass, it was amazing, with many switch-backs and low gear driving. We stopped once on the incline to admire our first and only Red Squirrel of the trip. At the top (2,000 meters) we parked near the border with France and began looking for high altitude species. 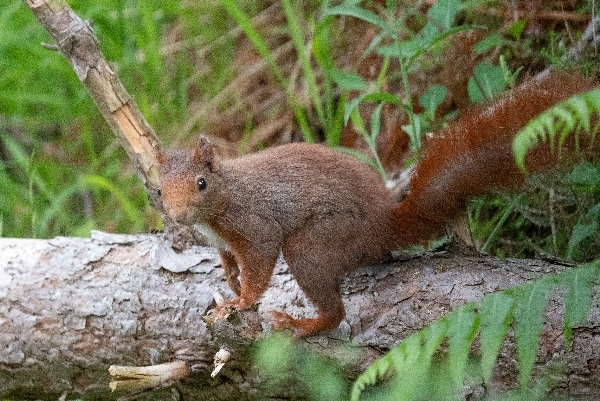 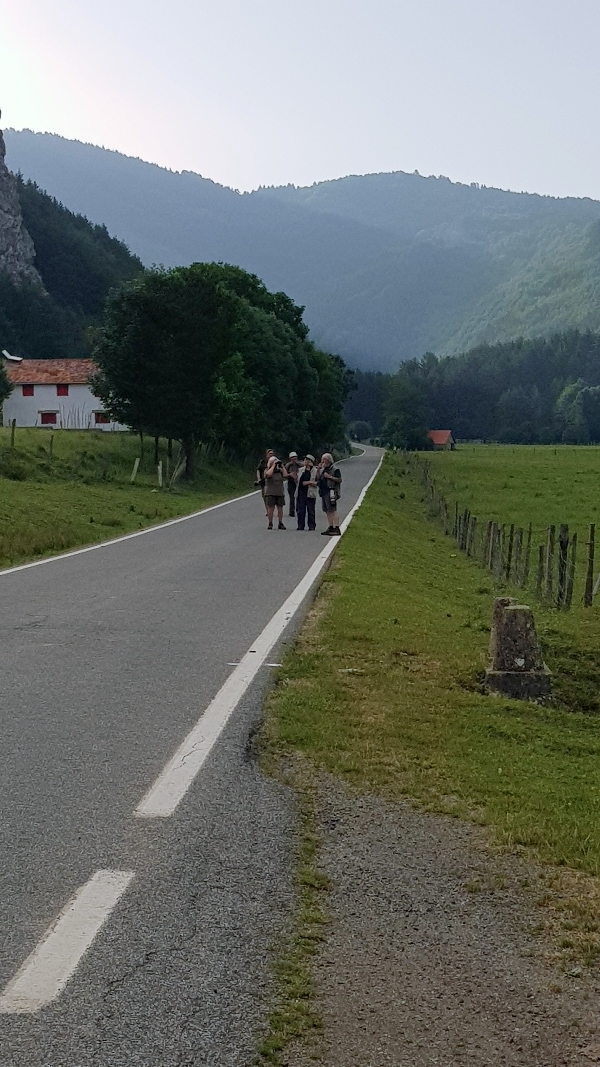 Both Yellow-billed and Red-billed Choughs were present with the former being the most common. Lots of Water Pipits were still singing, we also saw many Linnets, Serins and at a small pool of water we found our first Citril Finch, a nice male. 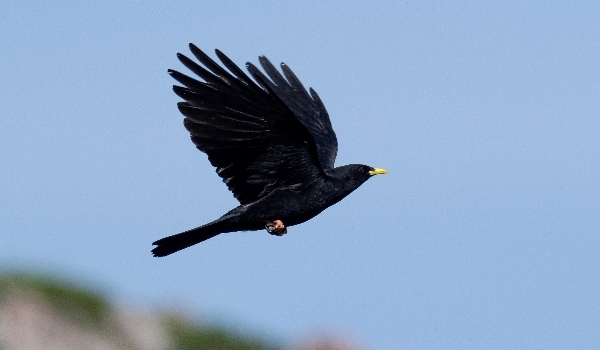 Yellow-billed Chough - by Richard abive and me below 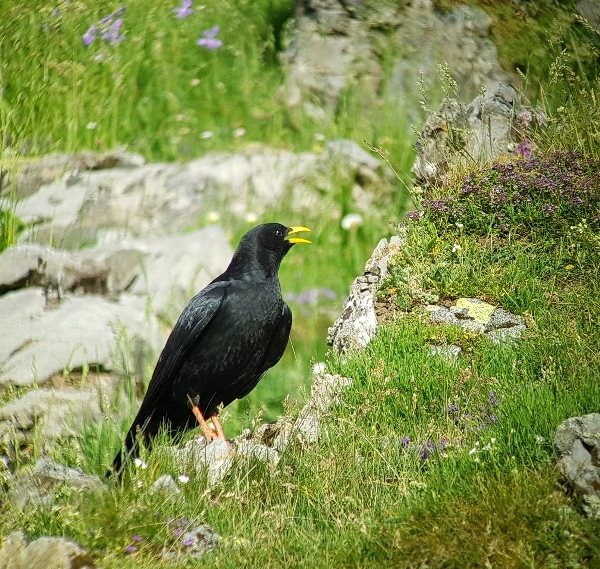 A little further along the road we looked for Alpine Accentor and found two pairs of Ring Ouzels both pairs were feeding young not far off the road. Some Citril Finches were feeding on a bare bit of ground next to road, it looked like they were eating grit/mineral salts. We had a great time watching the Choughs at close quarters and many butterflies were on the wing to keep us happy. 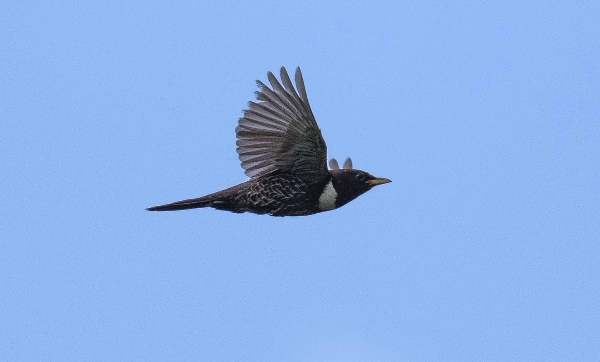 Ring Ouzel taken by Richard above and me below 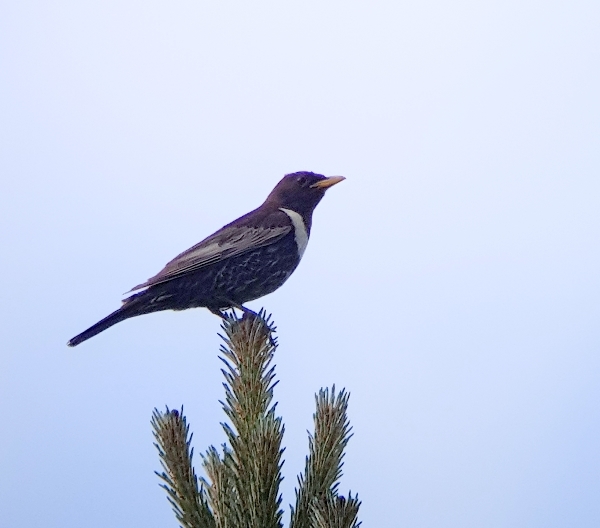 As we progressed further into France we passed through some road works and a Black Woodpecker flew across the road oin front of us, this was our most wanted species. It perched on the side of tree for about 10 seconds before disappearing into the woods. Only four of us saw, we stopped but the bird was gone. 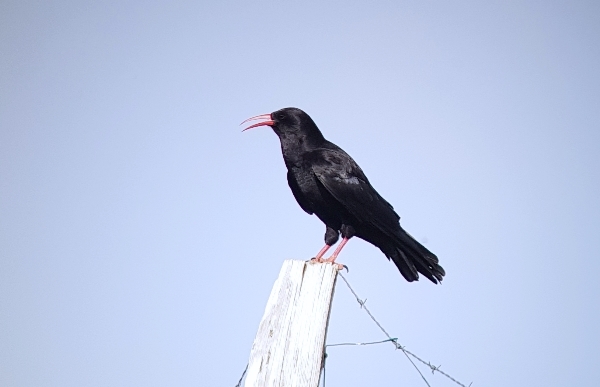 We then drove into the ski resort at La Pierre Saint-Martin to look for Crossbills and drew a blank, it was now the hottest part of the day at 33C. We saw Black Redstarts, Serins, Coal Tit, Goldcrest (heard) and Chaffinches. We found a café that was open and sat out on the terrace drinking tea/coffee. 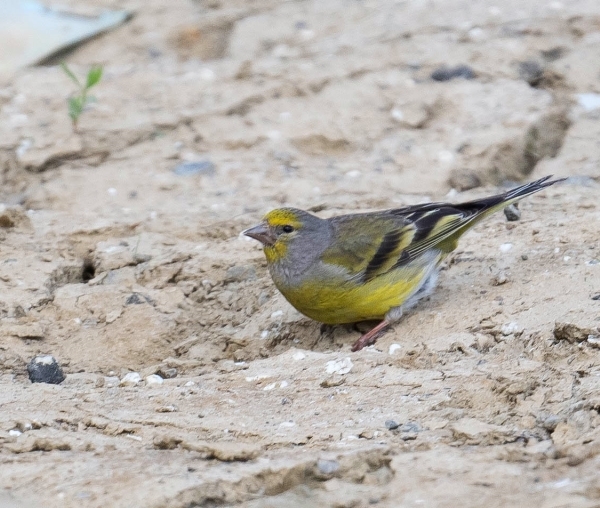 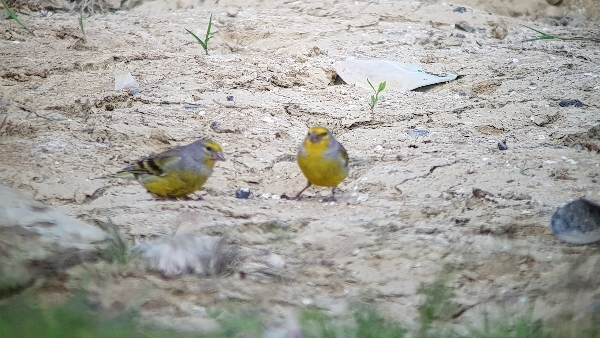 two more taken by me

For the return trip we visited the same places with the addition of a lunch stop at an old cheese making hut. There we watched Ring Ouzels flying over, carrying food in one direction. Yellow-billed Choughs were ever-present, Northern Wheatears were also seen as well as Linnets and our first Dunnock of the trip.

Our stops at the Citril Finch site produced more Citril Finches but we drew a blank where we saw the Black Woodpecker earlier and we never saw an Alpine Accentor either. 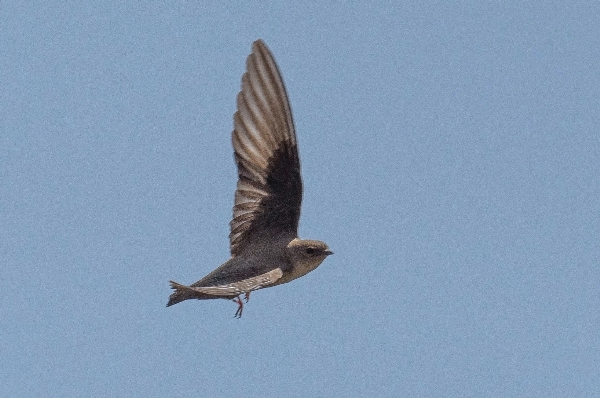 A second coffee stop on the way back down the into the Roncal Valley was followed by a fruitless walk in the Belagua Beech Woodland. It was nice and sheltered in there but we hardly saw a single bird. We got back to the hotel late afternoon, it was a short day after yesterday’s mega hours! Richard got off the bus at the Tunnel to photograph Crag Martins and got some good results.

We ate our final dinner at Hotel Uson and enjoyed the food and the camaraderie of Imanol, he is such a joker and he had us all in stiches. The red wine and chocolate mousse went down well (not together I might add!).