Today we were joined by Judy who was with us for just this one day and arrived at our guest house as we were finishing breakfast, she lived faily local and had been on a Wingspan Tour last year. Barbara, Lucy, Francis, Tom and Marianne soon warmed to her and we all got along just fine for the rest of the day.

A report of a Short-eared Owl sighting at Catcott caused a slight change in our plans for this morning. So after breakfast we drove the short distance to Catcott. in the hope of seeing the owl first thing, instead of driving directly to Steart. However, it was raining and very strong winds didn't help us, in fact we hardly saw a bird there.

The windy conditions continued and it got very bad in the exposed peninsular of Steart Marshes especially from midday onwards. Our timing was perfect as we arrived at Steart, the tide was just turning and thousands of waders were on the move from roosting sites to the shoreline. 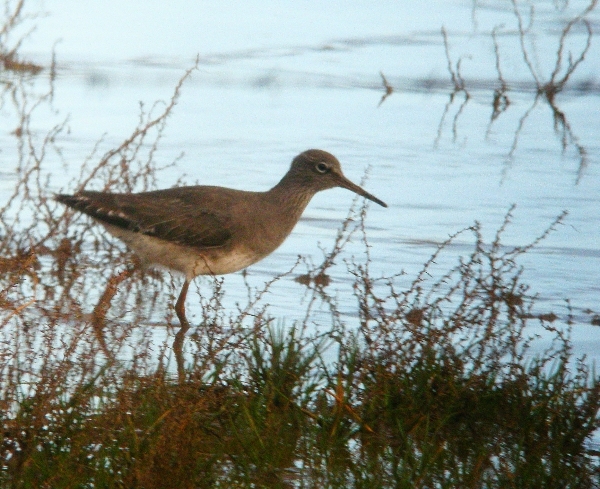 Our first stop near the shore produced great excitement as the waders were not too far away, we had great views of Curlew, Dunlin, Sanderling, Turnstone, Redshank and Grey Plover. It was quite hard at time to keep your scope still in the strong wind.

Our first walk was from the old car park in the village of Steart, the path led us to the shore and then down to a series of hides including the Tower Hide. We added Shelduck, Great Black-backed Gull, Oystercatcher, Stonechat, Meadow Pipit, Kestrel and Sparrowhawk to the list.

Some time was spent in the tower hide where we scanned the ever-increasing mudflats as the tide receded, from the tower we watched thousands of birds struggle in the strong winds to get to their feeding grounds. We only added Ringed Plover to the wader list. 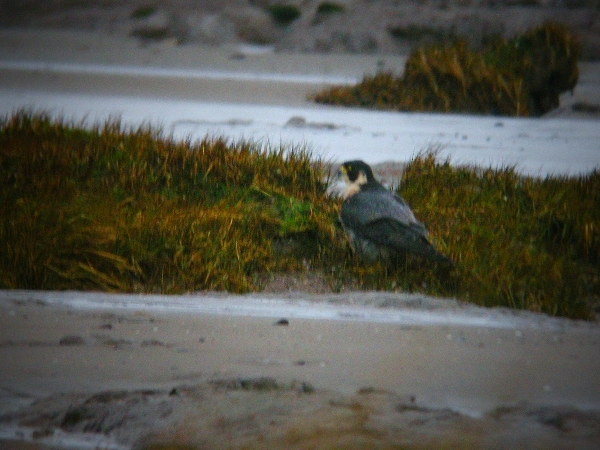 As we approached the shore-line hides we kicked up a few Common Snipe and from the hides we added Knot to the wader count and a superb Peregrine Falcon put on a lovely show for us.

We encountered the most dreadful wind in our faces as we walked back to the car park, gusts up to 50mph nearly blew us over, it was a struggle walking. Needless to say we never added any new birds on the way back.

Driving back to the new WWT centre took a few minutes, we then visited the wonderful scrapes, very posh hides and we enjoyed our picnic lunch in the sheltered hides. We had some great bird watching over the next couple of hours. From the Mendip Hide we watched flocks of Lapwing with at least 500 Golden Plover. A single Avocet sat out in the marsh and another Oystercatcher appeared. 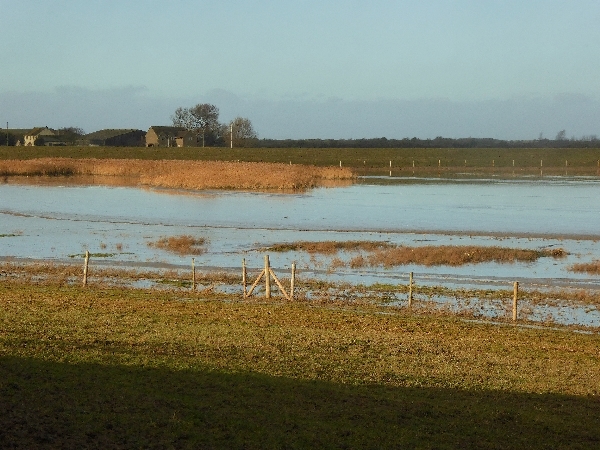 view from the Quantock hide

A set aside field held a bunch of Pheasants, some Meadow Pipits and a flock of Skylarks and as we moved to the Quantock Hide we saw Stonechat and a flock of Chaffinches. The view from the Quantock hide was over the newly created 'breach' where the river Parrett floods this huge area of mud on high tides, it provides a roosting santuary for thousands of birds during normal high tides.

We enjoyed our last hour in this hide, Redshanks, Curlews, Lapwings, Pied Wagtails, a flock Chaffinches and hundred of Shelduck kept us entertained. The sky brightened up the sun shone for a while and the whole scene was bathed in wintery sunshine magic. we were brought back down to reality when walked back to the car park into the relentless strong wind. 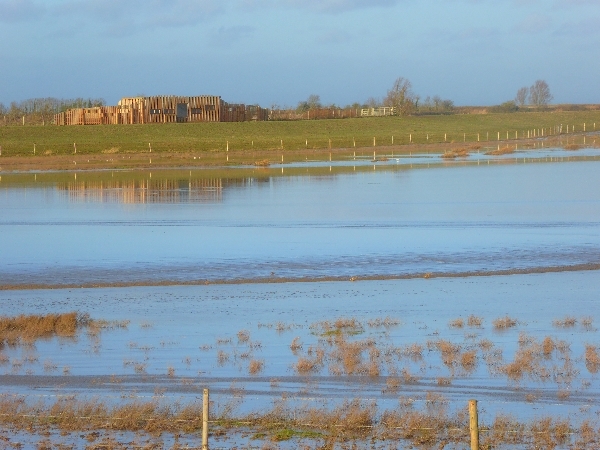 To be honest I was glad to get back into the bus! We drove the 40 minute journey back to the levels without a stop and we arrived at catcott at 4pm. We hoped yet again for a sighting of the SE Owl, but it never turned up. It was pleasant enough watching ducks, geese, a pair of Stonechats and a couple of Roe Deer. The wind had abated somewhat as we left in the near-dark for the 10 minute drive back to the guest house.