WEATHER:  dull and overcast all day, but much warmer and brighter than yesterday

We made full use of our limited time today, the tour was due to finish at 2pm and we still had a few places to visit and some birds to find. We left the guest house just before 8am and arrived at Greylake just after 8am.

Huge flocks of Starlings were swirling in the sky in all directions they were bursting from the Ham Wall roost and disbursing cross the ‘Levels’. A pylon was absolutely covered in them and then from the car park at Greylake we watched 1000’s of Starling alight on the top of a tree, see below, it was an amazing sight when they left.

Before and after - on the left the tree with Starlings on the right, the same tree without Starlings

From the hide at Greylake we watched hundreds of Wigeon, Teal, Shoveler, Gadwall and at least a dozen Common Snipe. Our search for a Water Rail went unrewarded, but sightings of birds of prey was very good. Common Buzzard sat on a fence post, a Marsh Harrier drifted over the marsh causing panic amongst the ducks. The Peregrine took off from the pylon and put thousands of birds into the sky, huge flocks of Lapwings and Starlings were joined by smaller flocks of Golden Plover.

The bird feeders in the3 car park attracted Reed Buntings, Chaffinches, Blue & Great Tit and lots of House Sparrows. We scanned the meadows across the main road and found Great Egrets, Grey Heron, Common Buzzards and lots of Fieldfares.

We left Greylake and drove the short distance to Barrow Mump which is a mound of earth-covered rock with a chapel sitting on the top of it. From the car park at the base of the Mump we could see across a large area of flooded meadows where dozens of Mute Swans fed with hundreds of the usual ducks. We searched through the swans and eventually found the two Bewick’s Swans that had been seen recently. 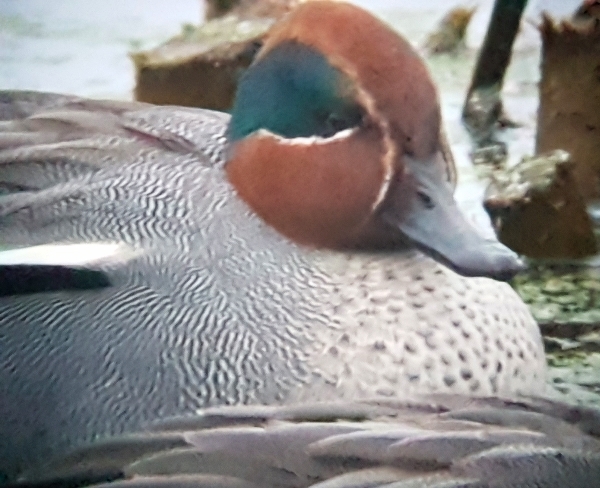 Other species seen included good close views of Redwings, Fieldfares and a Little Egret, a few Canada Geese and a small flock of Black-tailed Godwits.

Next stop was Aller Moor where we hoped to see Common Cranes, it was just as we were leaving that two birds appeared in the distance. We had good ‘scope views, job done, let’s move on.

The deciduous woodland called Swell Woods are protected by the RSPB because of the significant numbers of Grey Herons that breed there. Their nests are high up in the canopy of mature oaks and can be viewed from a purpose-built hide. There are a small number of feeders in the car park  and this was our first destination. We spent an hour in the woods, we found Coal Tit at the feeders and both Nuthatch and Treecreeper along the trail to the Heron’s Hide.

After stopping off at a supermarket to buy our picnic lunch we drove all the way back to RSPB Ham Wall. It was 11:45 when we set off for Noah’s Lake from the Ham Wall car park, we quickly found a Bullfinch, our first for the trip. The walk to hide at Noah’s produced little excitement but we did find a Great Egret perched nicely on a post. Posing very well for our cameras. 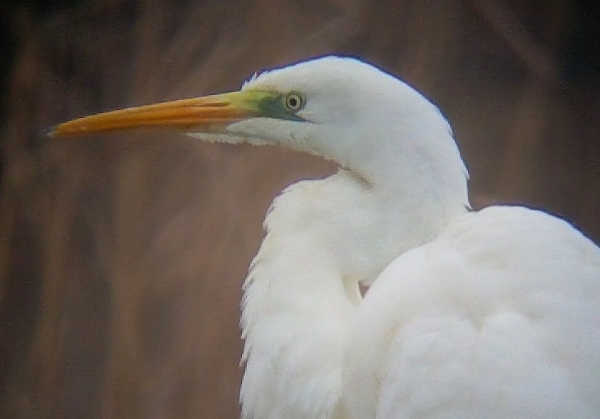 At the hide we sat and ate our lunch whilst sifting through hundreds of ducks and swans looking for anything different for our list. A Marsh Harrier sat in a bush, many Pintail joined the throngs of common ducks whilst all the swans turned out to be Mute and not the Whooper Swans we were looking for.

Our time soon run out, we left the area and drove back to our guest house, gathered our things and departed for home around 2pm. It had been a lovely, dry tour, very cold at times but with little wind it was excellent for bird-watching.

We saw 91 species over the four days, not an overwhelming total but we did see quite a few ‘goodies’ along the way and everyone enjoyed this great start to the year.