I met Nigel Bleaken for a day out on the 'Levels', Nigel drove all the way from Chepstow to meet me at 8am at Ham Wall. He was there at 7:30am and was waiting for me when I arrived at 8am.

We spent a lot of time time trying to track down a Yellow-browed Warbler which I saw last week and at least two birds had been seen most days since. We noted many birds feeding in the bushes, lots of Blue, Great, Coal and Long-tailed Tits, also Bullfinch, Goldfinch, Chaffinch and Dunnocks. A Great Spotted Woodpecker sat out on the top of a bush, posing unusually like a Shrike. 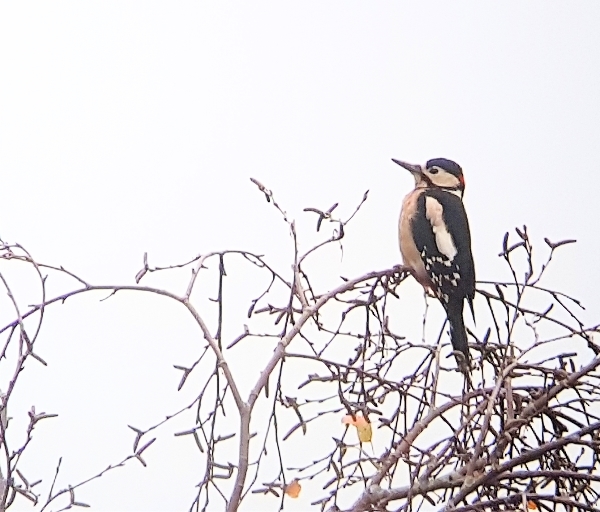 From a small bridge along the main track we saw Common Kingfisher, a couple of Common Chiffchaffs and a single Goldcrest, but not the Yellow-browed Warbler.

Further along the track we had excellent views of Lesser Redpolls, there must have been a flock of about 25-30 feeding on the Alders with Goldfinches. We also saw Cetti's Warbler and we heard Water Rail. From the first viewing platform we saw Great Egret, Little Egret and all the common ducks. 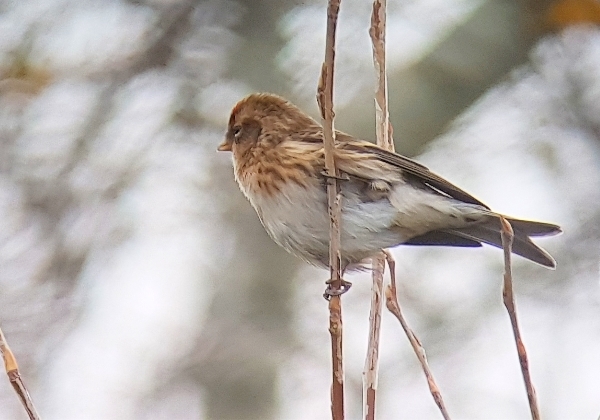 We made our way to the Avalon Hide and spent a good hour in there searching for a Bittern without luck, Nigel saw a Water Rail, I saw a single Bearded Tit and we both had excellent views of Cetti's Warbler, also Marsh Harrier (at least 4) and another Great Egret. 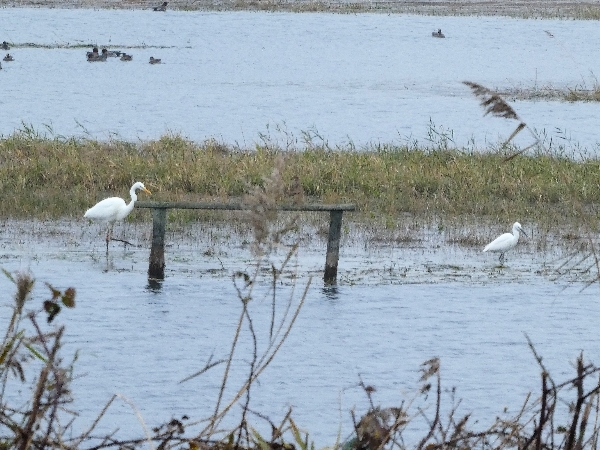 Great and Little Egret, viewed from the the first 'Viewing Platform' along the main track

Our journey back to the car was more productive than our outward journey, we had brief views of Reed Bunting and from the viewing platform we got onto 2-3 Water Pipits. A Bittern had been seen from there but it had gone by the time we arrived.

Back at the small bridge we finally got onto a Yellow-browed Warbler, this tiny warbler flitted about like it was on fire and it was viewed against a light background so we never once had a perfect sighting.

After a lovely cup of coffee, courtesy of Nigel, he brought two flasks and four blueberry muffins, what a great bloke.

The drive round to Catcott gave us views of a single Cattle Egret and later a group of 9, but all of them were a bit distant and in very poor light. The hide at Catcott provided nice shelter from the wind and rain but it was cold in there. Hundreds of Wigeon gave us great pleasure for a while as well as the large Lapwing flock. A Sparrowhawk flew across the marsh putting everything up.

Note the different head markings of these three Wigeon. 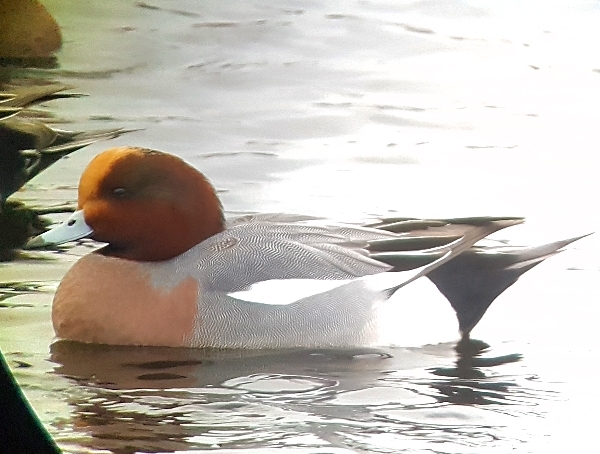 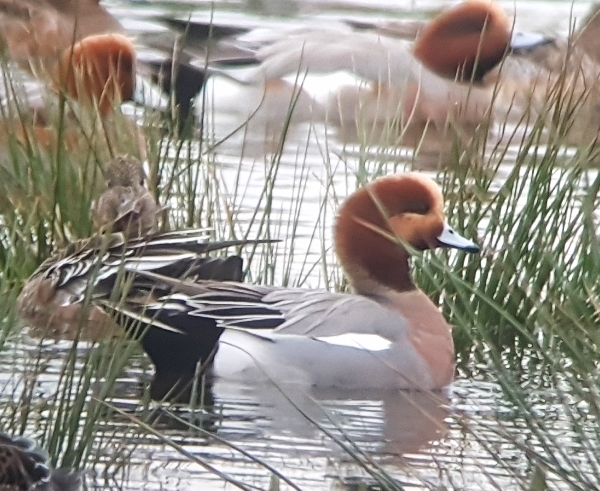 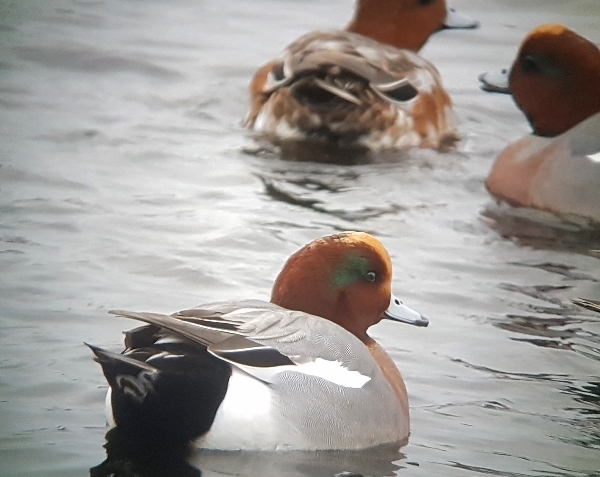 It was getting a little dark by the time we reached Greylake, in the car park we noted our second Great Spotted Woodpecker of the day, also flocks of Redwings and Fieldfares flew over us and a Water Rail scampered along the track in front of us as we made our way to the main hide. 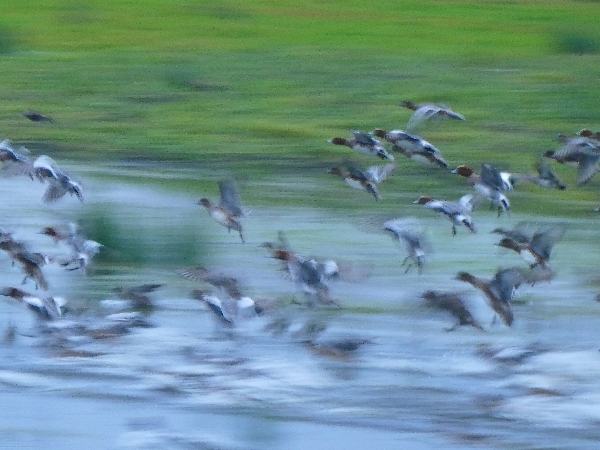 We found several Common Snipe feeding in the Teal and Wigeon flocks as well as a Common Buzzard that seemed to enjoy putting up the large Lapwing flock. A fly-through Merlin was the highlight of our stay, but we also enjoyed the very large flocks of Common Starlings that dropped in for a wash before heading off to the Ham Wall roost. Recent counts put the roost at around 100,000 birds. 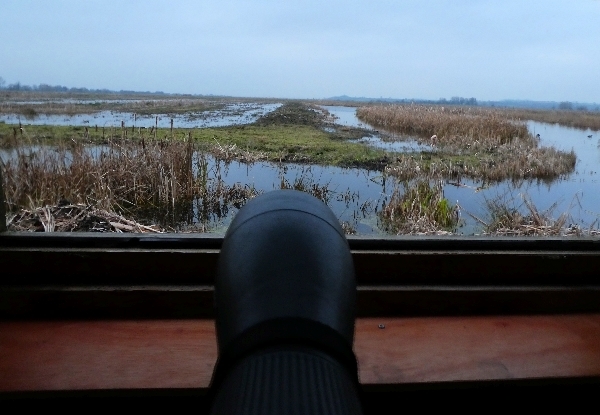 The view from the hide at Greylake

It was dark when we parted, I was home by 6pm and Nigel is probably still on the road as I write this!!