Just half a day was left of our weekend break, we planned to finish at 1pm. Our last birding of the tour took us first to Greylake RSPB reserve which consists of flat flooded marshes, reedbeds, ditches, boardwalks and hides. We arrived at 8:30am and from the car park we scanned the opened meadows in the hope of seeing Common Cranes or perhaps a Merlin. Hundreds of Lapwings were dotted all over with Redwings, Fieldfares and Starlings. We also saw Marsh Harrier, Little Egret, Common Buzzard and Cormorant. 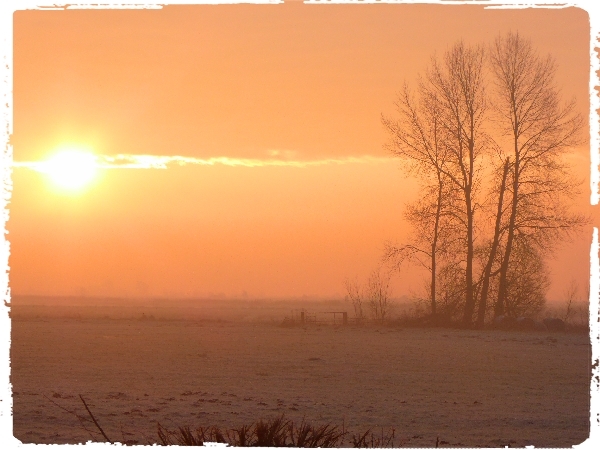 In the car park Reed Buntings joined Robins, Chaffinches, Blue and Great Tits, Dunnocks and Blackbirds at the feeders and we saw a Water Rail in one of the ditches. Our walk to the hide produced sightings of Common Snipe, Eurasian Teal and lots of Wigeon.

From the hide we were treated to a wildlife spectacle as thousands of ducks congregated in the only unfrozen water in the area, there must have been 2000 Eurasian Wigeon right in front of us. A small number of Pintail and dozens of Eurasian Teal, Shoveler, Mallard, Eurasian Coot were also present. From time to time a Marsh Harrier would drift over and cause pandemonium amongst the ducks. A Cetti's Warbler gave us superb views as it worked its way along the nearest reeds. 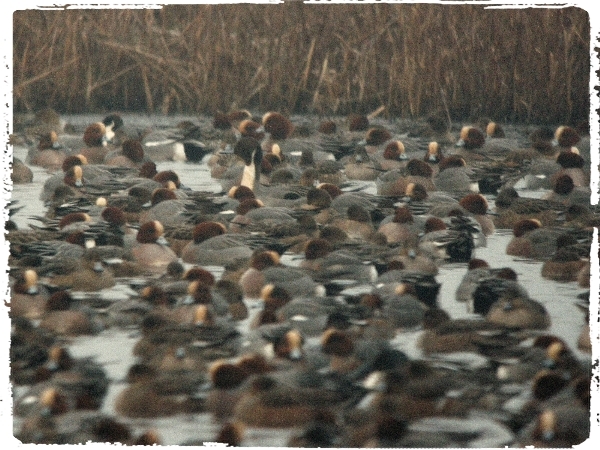 Next we drove to Aller Moor stopping several times to scan the area for the Cranes without success, we added Raven to our list and watched lots more Lapwings, thrushes and Mute Swans. At Swell Woods the car park area was alive with birds which were coming to a number of feeders, a brief walk to a small hide produced sightings of Coal Tit, Marsh Tit, Eurasian Treecreeper and we heard a Nuthatch. Back at the car park we spent another half an hour watching the feeders. Long-tailed Tits, Chaffinches, Eurasian Nuthatch and dozens of Coal Tits, Blue Tits and Great Tits made up the feeder-visitors list. 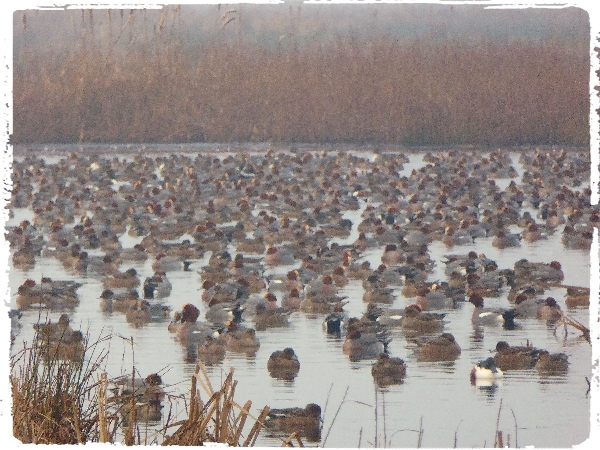 a lot of Eurasian Wigeon with a single Northern Shoveler

We travelled back across the 'levels' at Aller Moor scanning once again for Cranes without success, one stop at Barrow Mump, the Mump is a hill on which once sat a historic motte castle and now the remains of a chapel. In the car park we found a Blackcap and on the steep slope of the Mump we saw 3 Great Spotted Woodpeckers, two of which were feeding in the grass as a Green Woodpecker does.

After that we drove back to the guest house where we enjoyed a nice cuppa.  Before departing for home we completed our checklist, our species count was just below 100, a fair count for the levels at this time of the year. It had been a very enjoyable trip with some terrific weather, in fact it had been WINGSPAN'S  best weekend tour of the 'Levels' with a lovely small group of people.