WEATHER: sunny spells all day but temperature went from 8C to -3C as we climbed into the mountains where it was snowing!

Our transfer to the mountainous region of Castille y León went uneventful, it was a smooth drive with very little Sunday traffic all the way to the outskirts of Madrid. We met a lot of Sunday traffic going to the same place as we were as soon as we met the Madrid traffic. The ski resort at Puerto de Navacerrada in the Sierra Guadarrama range of mountains is popular with the Madrileños. We were at 2000 meters above sea level at the top of the pass and very lucky to find a parking place, it we -3C with a chilly breeze. 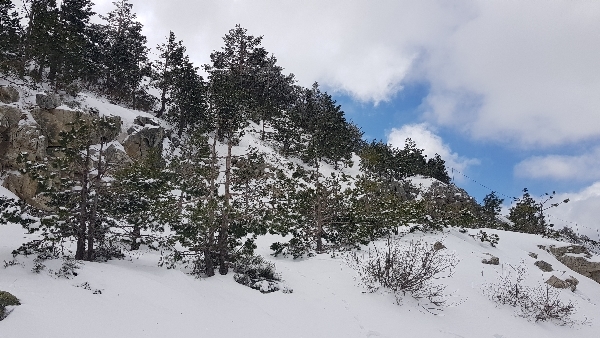 snow at the Puerto de Navacerrada

We spent an hour or so trying to find our target birds away from the crowds of people, a good candidate for an Alpine Accenture flew across the front of the car on the way up and we saw a flock of about 9 birds flying high above us that looked to be the same species. 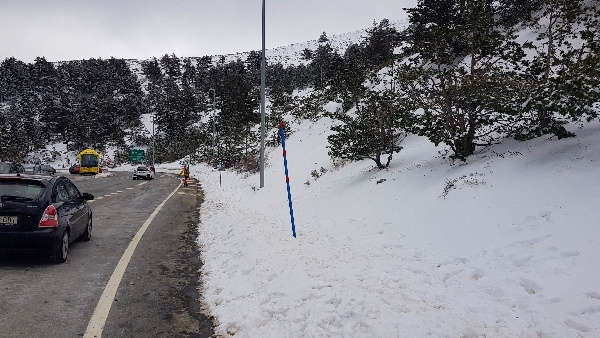 Other than that we saw lots of Carrion Crows, Raven, Griffon and Black Vultures, Black Kite and a few Jackdaws. Goldfinches and Siskins dashed about too, also White Wagtails were in the car parks but we had no sign of Citril Finches, there was too much snow, perhaps they were lower down.

We made several stops as we descended on the northern slopes, vast pine forests covered the landscape, we found a lovely park area around a tourist site called Boca de Asno. A walk around there produced sightings of Crested, Blue, Great & Coal Tits, Firecrest, Song Thrush, Eurasian Nuthatch, Short-toed Treecreeper, Robin, Blackbird and Siskin. The river gave us our first sighting of White-throated Dipper of the entire trip and also Grey Wagtail. 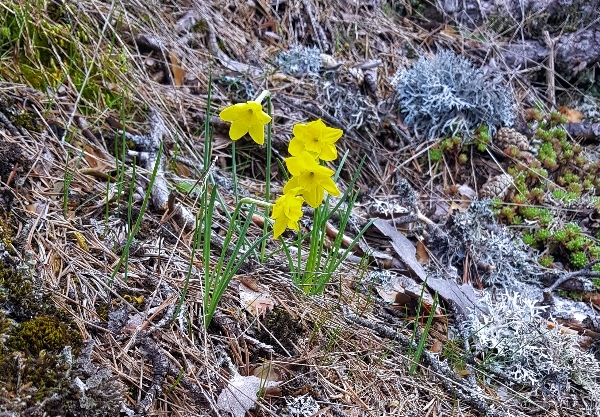 We had lunch in a town lower down the slopes, it was nice enough to sit outside in the sunshine but it was still only 4C.

A couple of stops to look for Iberian Green Woodpecker produced frustration in the group because we heard one on a few occasions but could not track it down. We reached our destination hotel around 6pm, we had time for a walk around the village before dinner.

Crag Martins were in good numbers also House Martins and a few Swallows were hawking insects around the hotel. A strip of woodland looked promising for woodpeckers so we walked along the lane to view the trees, We found Great Spotted Woodpecker but not the Iberian Green. A few other common species were noted before we retired for the night.