At Last, a clear blue sky and sunshine all day!! This is the Spanish weather we used to know, bring it on. Still chilly until lunchtime then 20C all afternoon.

Before our 8am breakfast some of the group walked round to the Laguna for a last look and to try to see the Great Reed Warbler that is present most mornings. We all saw the Great Reed Warbler very well and a bonus bird was the Little Bittern again, a pair of them were frolicking in the reeds, the male chasing the female, around every time the poor girl made an appearance he would dash over. They both sat out, showing very well at times. 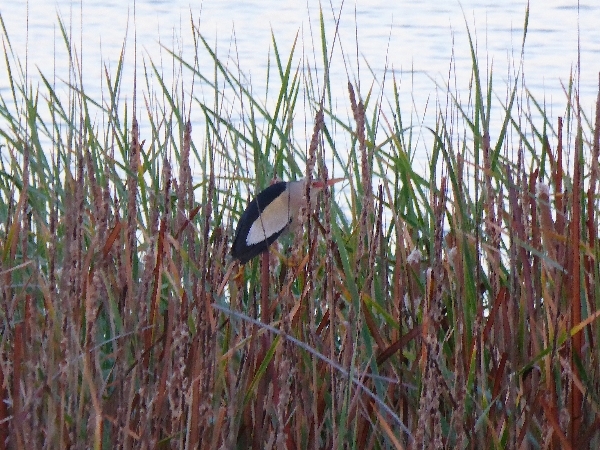 By 9 am we were o the road heading for Sevilla noting many Iberian Magpies along the road as well as White Storks and several other species. Just past Ronquillo north of Sevilla we stopped for a quick break where we saw our first Crag Martin, Griffon Vulture and Booted Eagle.  Black Kite, Common Buzzard and Common Kestrel were also seen.

Our main birding stop was the dam near the pretty town of Alange this is always a great place for a number of species that are hard to find in Extremadura. The dam plays host to a huge colony of Alpine Swifts, unfortunately for us they had not yet arrived in big numbers, but we did see half a dozen. The huge mountain next to the dam produced Blue Rock Thrush, Rock Bunting, Crag Martin and the scrub held our first Bonelli’s Warbler with Serin, Goldfinch and several other species. 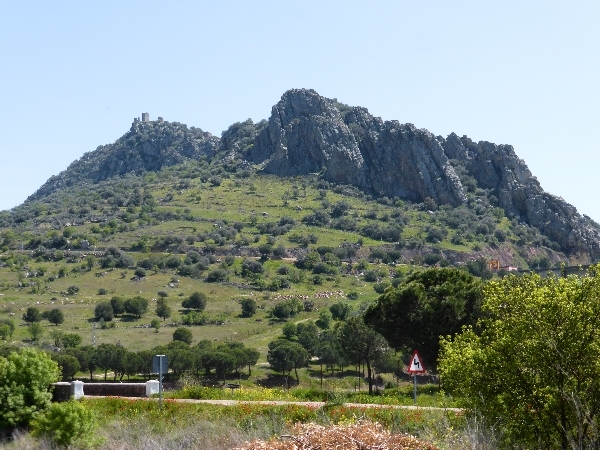 view of the moutain next to Alange village and the dam

We scanned the sky for the Bonelli’s Eagle, a pair usually breeds on the mountain and eventually found a distant bird, all the group saw it in the scope, but it was quite far off. A Short-toed Eagle on a roadside pylon was nice to see it remined long enough for the group to photograph it. We then drove into Alange for lunch which was eaten at a roadside venta before more birding. A male Montagu’s Harrier circled on the thermals with a White Stork just as we finished lunch. 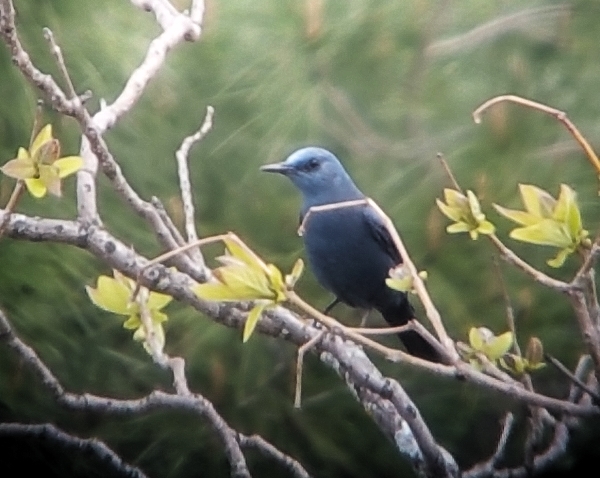 The huge lake, ‘embalse’, behind the dam can be best viewed from the other side of Alange so we drove there next. Nothing much was on the lake, Great Crested Grebe, Great cormorant and the odd Gull-billed Tern but the rocky slopes around the towards the dam held a lot of birds. Our main target species was the Black Wheatear which was found on the return journey, but we did find Thekla Lark, also some more Blue Rock Thrushes and a lot of Serins.

As we left the town we stopped at the ‘dry’ side of the dam where reed-beds surround a small outflow, we found Little Bittern there, Cetti’s Warbler, Red-rumped Swallow, Marsh Harrier and heard a Nightingale singing.

Next, we drove the 15Km to Merida and parked the bus alongside the mighty Guadiana River, from where we stood we had great views of the Roman Bridge, which is the longest Roman Bridge still standing at over 700 meters in length. We searched for Penduline Tit along the river banks, finding yet another Little Bittern and not much else. It was now 4pm. So, we made tracks to reach Trujillo, it took just under an hour to get to Finca Santa Marta. I always love arriving there it is such a special, tranquil, place. 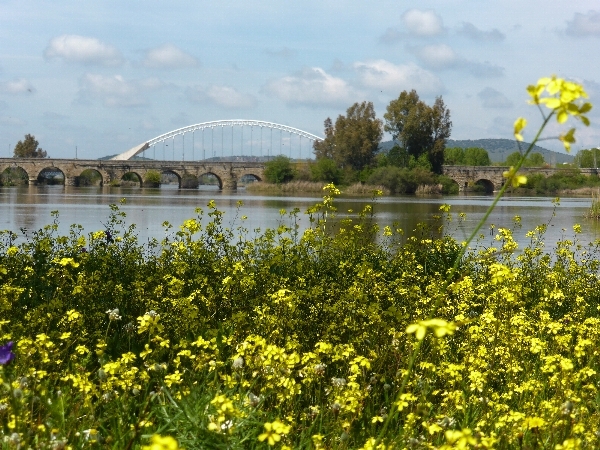 After being greeted by the smiling Laura and her help Alberto we settled into our rooms and then went birding along the tracks. Considering the time of day, it was alive with birds. We quickly found several Hawfinches sitting out for us, also Iberian Magpies and a pair of very obliging Woodlarks. Bee-eaters flew over, Hoopoes called and dashed about, and Sardinian Warblers made cameo appearances. We saw our first Blue Tit, it was most surprising that after 5 days in Spain we hadn’t seen one up until now. 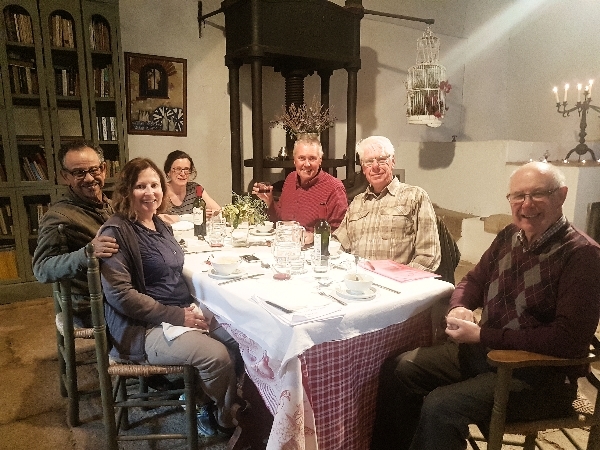