TRANSFER FROM MADRID AIRPORT TO FINCA SANTA MARTA, EXTREMADURA WITH STOPS AT JARAICEJO HEATHLAND AND THE ‘THREE BRIDGES OVER THE RIO ALMONTE’

What a great start to this second tour of Extremadura and Coto Doñana, the weather was just dandy with sunshine all day and temperatures in the 20’s. Nigel, my second driver arrived OK last night, we got the vehicles in no time and our group of 8 from Oxford RSPB  arrived on time this morning! We set off on the busy M40 and drove around Madrid onto the road to Extremadura without a hitch. 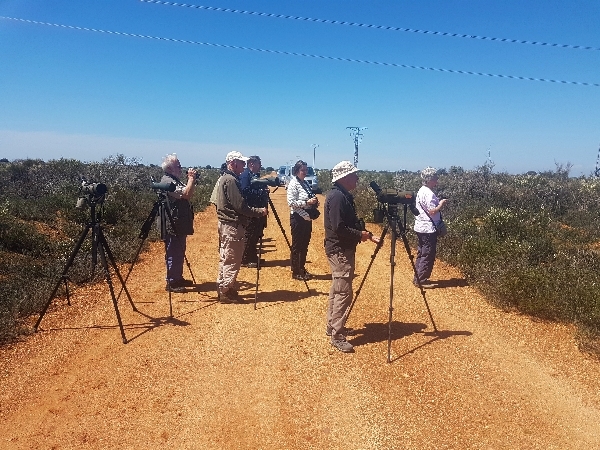 My group looking at Dartford Warbler on the heath at Jaraicejo

Our first stop was at a roadside bar/restaurant where we had coffee and lunch, we had already seen Red & Black kites, White Storks, Griffon Vulture and Common Kestrel by then. We then spent another hour on the road before stopping at the heathland near the village of Jaraicejo. It was a little windy up on the exposed heath but we all got great views of, first, Dartford Warbler and then our main target species the Spectacled Warbler. Other birds seen were Crested Lark, Iberian Grey Shrike, Black Vulture, Short-toed and Booted Eagles, Corn Bunting and more Black Kites. 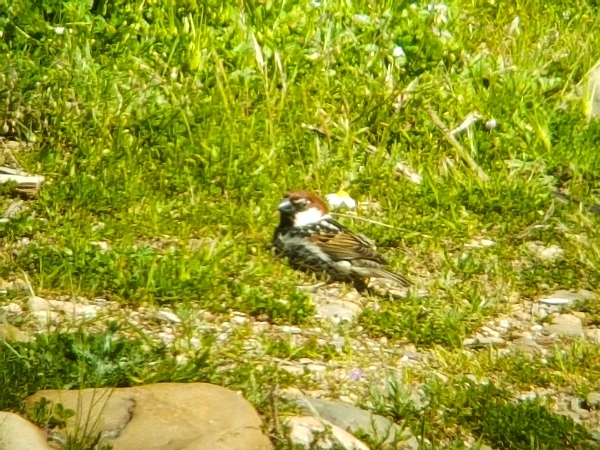 Spanish Sparrow having a dust bath

Next, we stopped at the Rio Almonte where three bridges span the river, the oldest is a Roman Bridge and that is where we headed for. We quickly notched up Spanish and House Sparrows, Crag Martin, European Bee-eater and several Barn Swallows. From the bridge we could hear both Cetti’s Warbler and Common Nightingale and we watched Woodchat Shrike, Corn Bunting, White Stork and another Red Kite. 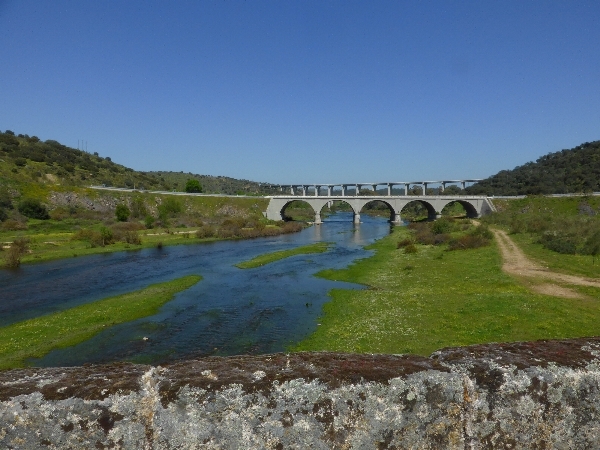 It was around 4:30pm when we set off for the last leg of our journey, it took only 30 minutes, we arrived at Finca Santa Marta at 5pm. After settling into our rooms and a nice cuppa coffee/tea we set off for a walk along the main track. A Lesser Spotted Woodpecker called just before we set off, but we never located the bird. What we did see was Woodlark, Sardinian Warbler, Wren, European Bee-eater, Short-toed Treecreeper, Serins and Goldfinches. 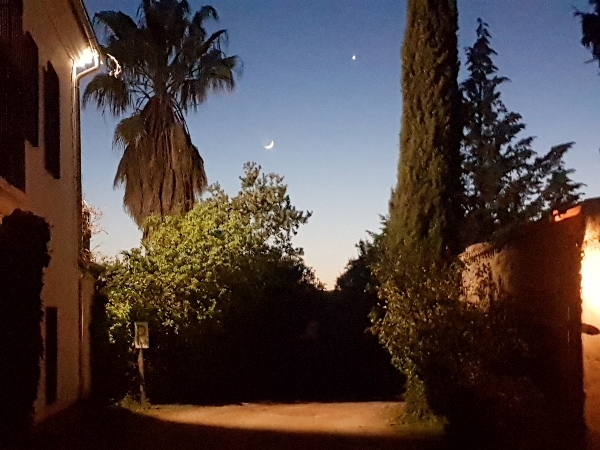 The scene last night after dinner at Finca Santa Marta

We sat down for dinner at 8pm and ate a lovely dinner before retiring to bed for n early night, it had been a long day for my group of 8, they had all got up at 1am for their flight, hats off to them all!