Yes, you guessed right, it was raining when we got up and it rin for th first hour of our journey south. Everyone was up at 7am and on the bus with luggage by 8am We drove straight down to Mérida some 100km away. The rain stopped just as we reached Mérida and the sky brightened a little.

Having been given some directions to a site for Penduline Tits we drove to the western bank of the River Guadiana and parked the vehicles. A short walk along the river produced a good number of species including Cetti’s Warbler, Common Stonechat, Goldfinches and Linnets.

We then found a Penduline Tits nest which was active, both male and female birds were feeding young, fantastic. Whilst watching the Penduline Tits we saw Night Heron, Purple Heron, Cattle Egret and a Purple Swamphen. During the walk back to the buses we saw Grey Heron, Black Kite, another Purple Swamphen and a very showy Cetti’s Warbler which gave unbelievable views. 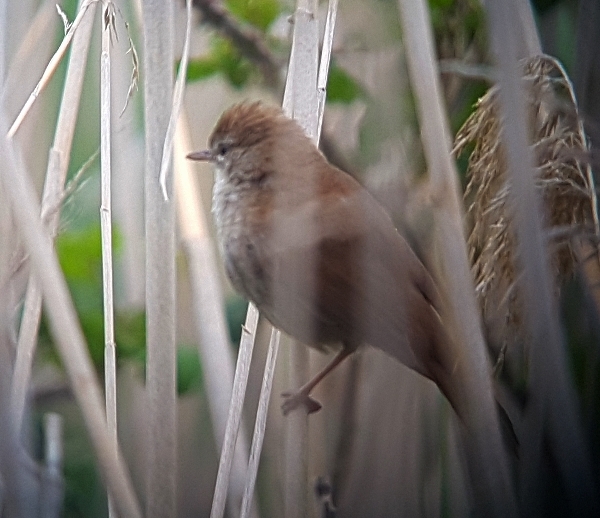 Over the next three hours we drove down to Doñana making one stop for a coffee break and a second stop for lunch. It was 1pm when we arrived at El Rocio, the sun was shining, it was 25C and the group were very happy about that.

The Laguna found just outside of El Rocio was full to the brim with water and not many species of birds, but enough to keep us occupied. We saw dozen of Greater Flamingos, Eurasian Spoonbills, Common and Red-crested Pochard and good numbers of Glossy Ibis. The water was too deep for waders except Black-winged Stilts. 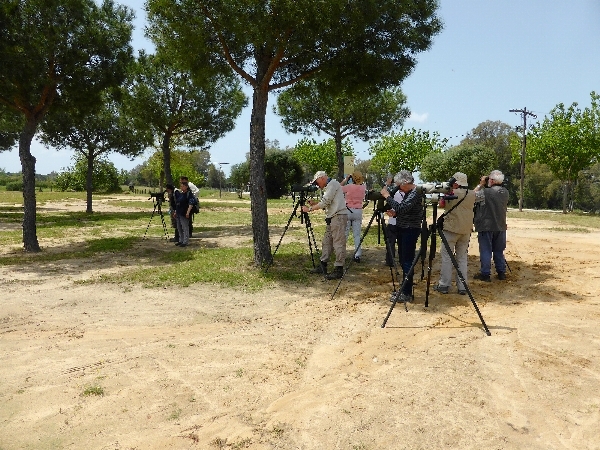 looking across the laguna at El Rocio

We drove into the unique town of El Rocio, the roads are made of sand and after the recent heavy rains were a minefield of pot-holes and puddles. Checking into our hotel was quick and easy and before long we were all kitted-out for our first birding excursion in Coto Doñana. We chose La Rocina nature reserve as our first venue because it was so close to the hotel. After 10 minutes in the buses we arrived. La Rocina stream forms large lagunas in the reserve and a 3.2km boardwalk takes you through Umbrella Pine woodland to a series of hides. You also pass through ‘Algaida’ which is dense scrub and reedy swamps which was full of Common Nightingales, Cetti’s Warblers and many other species. 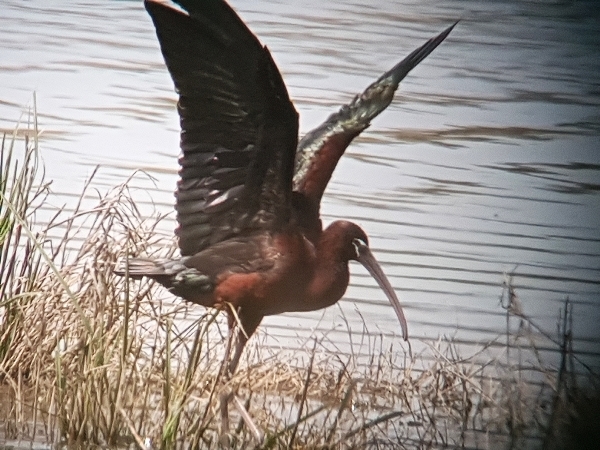 Glossy Ibis having a stretch after bathing

During our visit we found Garden Warblers, Long-tailed Tits, Short-toed Treecreeper, Iberian Magpies, Tree Sparrows and lots of Chaffinches and Serins. The lagunas did not produce much, they were flooded too, we did see Glossy Ibis, Eurasian Spoonbills, Little Grebe, both of the Pochards and a fair number of herons and egrets. 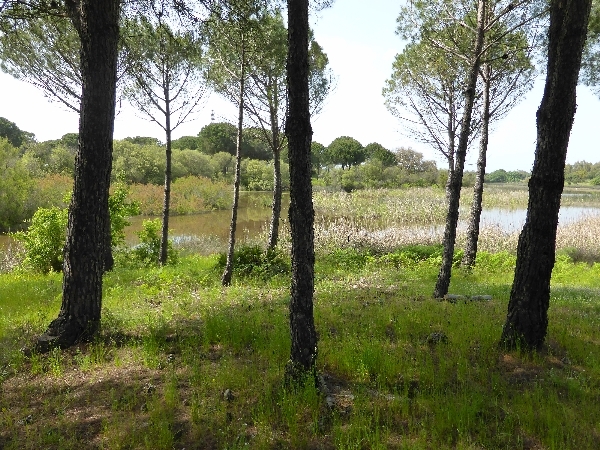 One patch of reeds held a ‘singing’ Savi’s Warbler, the monotonous ‘reeling’ came from a tamarisk bush over hanging the reeds. We located the bird in exactly the same place as I did last week with my first group, amazing! Whilst watching the  Savi’s we also found a few Willow Warblers, Reed Warblers and a single Sedge Warbler.

In the ‘Algaida’ we found a very obliging Iberian Chiffchaff and had good views of a number of Long-tailed Tits, Garden Warblers and more common species.

At 5:30pm we called it a day and returned to the hotel.