ENCINAS BORRACHAS TRACK - SIERRA DE LAS NIEVES - RONDA A chilly north-easterly wind made it feel quite cold first thing, but as it warmed up the birding got better...........

My favourite local walk was our first destination today, the 'drunken oak' track near Ronda. I love it there because of the wide open space, the variety of habitats and the general biodiversity. It is excellent for a range of bird species as well as wild flowers and butterflies. On a good day you could list 30 bird species and as many butterflies, today was a bit below par because of a stiff cold north-easterly wind. 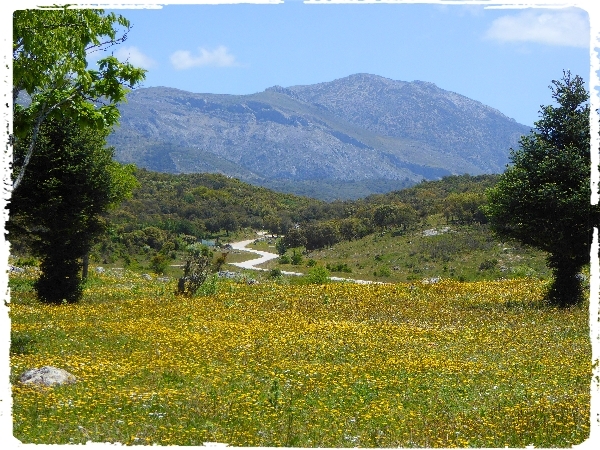 We found very little during our walk through the first section which consisted of open fields, rocky scree and high cliff-faces. A Little Owl sat on the rock face, Corn Buntings, Linnets and Goldfinches fed on seed heads in the grass. We had distant views of Blue Rock Thrush, Black-eared Wheatear and a closer view of Thekla Lark. 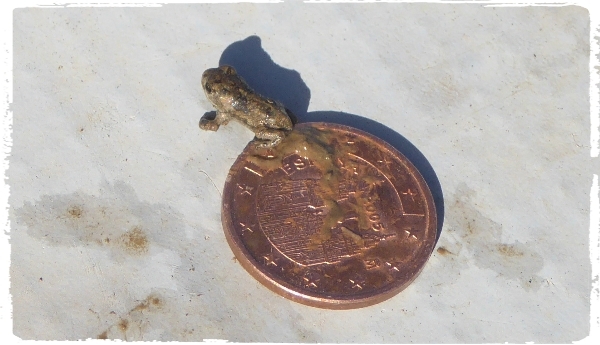 NatterjacknToad on a 5 cent coin

We fared much better in the heathland getting great views of both Dartford and Spectacled Warblers, Woodlarks sang from on high and a Cuckoo called from far down in the valley. Scanning the moutainside and the skyline above produced sightings of Spanish Ibex, Red Deer, Griffon Vulture, Common Kestrel, Short-toed Eagle and a pair of Black Redstarts.

As we entered the oak wood a flock of some 30 Red-billed Chough flew over noisily and we heard an Orphean Warbler but it would nor show itself. We spent time tracking down Subalpine Warbler, two birds eventually showed well. Bonelli's Warbler was much easier to see and we also notched up Cirl Bunting. 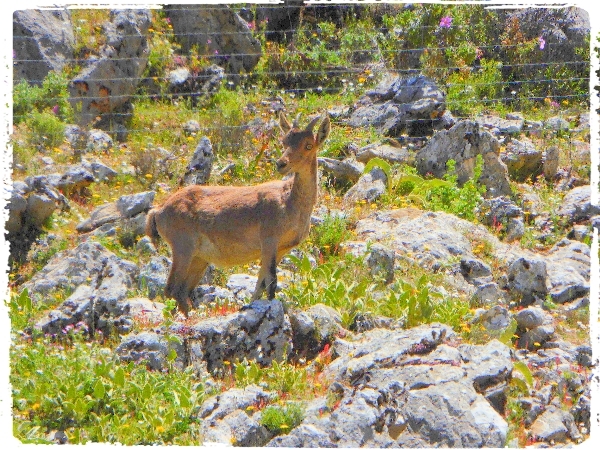 The return walk produced better views of Thekla Lark but we couldn't find the resident Iberian Shrike or the summer visitor, Common Rock Thrush. We ledt the area after 3 hours, it had been a lovely walk in superb surroundings. 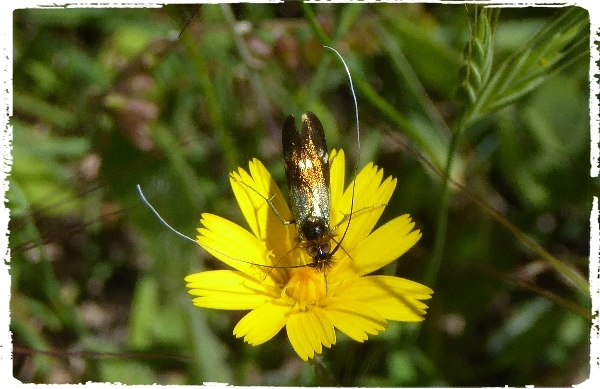 After a coffee stop we drove into the Natural Park of Sierra de las Nieves where we ate our picnic lunch in the picnic area just inside the park's gate. A quick look akong one of the tracks resulted in sightings of our target bird, the Black Wheatear, we had great views of this super little bird. Close views of Spanish Ibex were also nice. 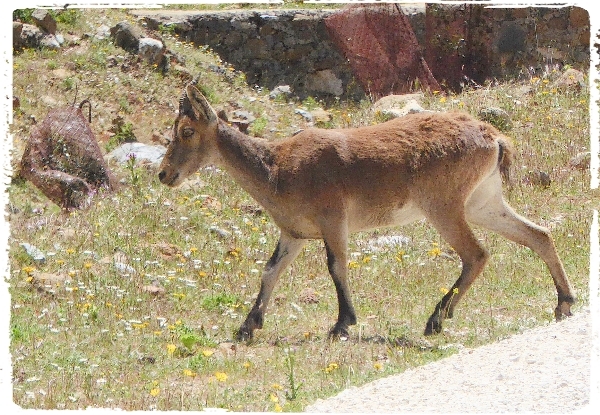 Closer view of a Spanish Ibex

At this point we finished our birding for the day and drove into the centre of Ronda for some afternoon tourism, I left my guest for a two hour stroll around the fantastic sites around the famous Ronda Bridge.

We set off for home at 5pm in good time for another delicious home-cooked dinner.