GAUCIN WOODS - TRACKS NEAR SAN PABLO INCLUDING MARCHENILLA - SAN ENRIQUE Our last full, but leisurely, day. Ann and Bob leave tomorrow morning so we made the most of today..........

The beautiful weather continued and probably will until October! Dry, hot and sunny with a breeze along the valleys. We had a pre-breakfast jaunt ti the Chestnut Woods just above Gauncin on the Ronda road. It was as perfectly still, not a leaf stirred in the forest which made finding birds so much easier. 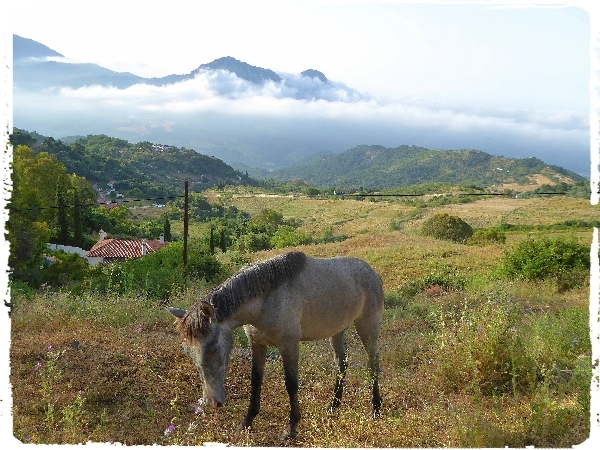 As soon as we got out of the car we found Crested Tit, at least three were feeding in an oak tree nearby. Very soon afterwards we located a Eurasian Nuthatch from its call, a Great Spotted Woodpecker landed not far away.

It took a little longer to find Firecrest but when we did it was amazing, three or four of these birds came very close to us as they foraged in a cork oak. We added several common birds to the morning list before we returned to the house for breakfast.

We were out again before 10am and we drove to San Pablo before turning off on a side road to San Martin. Our first stop was at a Pig Farm where  a colony of Bee-eaters were breeding in holes made on a slope dirt bank. It was surreal, the most colourful bird in Europe was happily breeding in amongst smelly blck pigs! 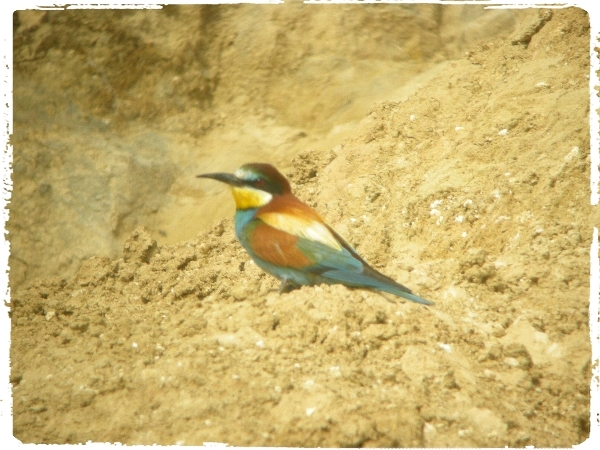 European Bee-eater in the pig yard

We then parked on a bridge over the Guadiaro river, we walked down to the rier below the bridge and that is where we had great views of Western Olivaceous Warbler, a great sighting and much better views than last time. We also had glimpses of Cetti's Warbler whilst Blackcap and Common Nightingale led the morning chorus.

The Marchenilla track was as good as ever, full of finches, Bee-eaters, Melodious and Sardinian Warblers, Corn Buntings and Crested Larks. The local celebrity, the Rufous Bush Robin, gave us the run around for a while, but showed well for brief spells. We also had excellent views of the huge Short-toed Eagle, Common Buzzard, Booted Eagle and some distant Griffon Vultures. 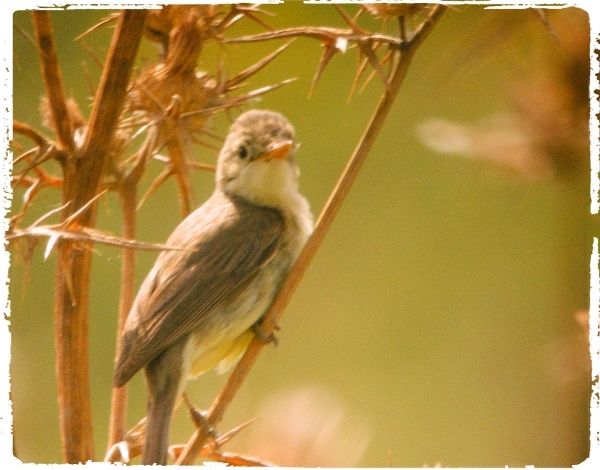 Melodious Warbler along the Marchenilla Track

As we continued along the track we found an expected Tawny Pipit and then an unexpected Spanish Sparrow, a male of course. This was a surprise because I know they winter in this area but they don't usually stay in the spring, pehaps this one is breeding!

We had lunch at a ford over the river Hozgargante watching Grey Wagtails, Linnets and various finches coming to drink. Several dragonflies were on the wing with Epaulette Skimmer, Blue Emperor, Common Clubtail and one of the Pincertails. 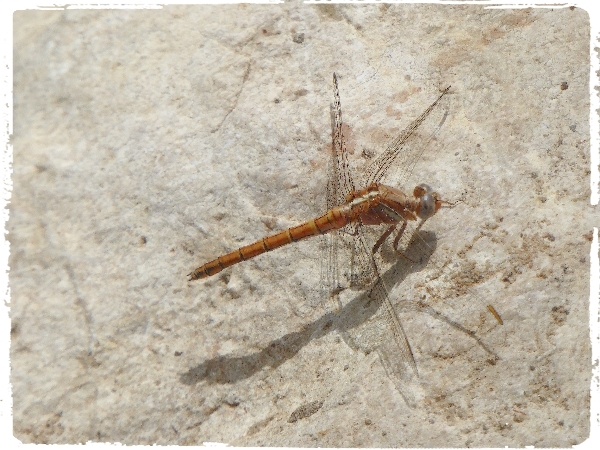 After lunch and a coffee break we stopped at San Enrique Woods and finally caught uo with Tree Sparrow, whilst waiting we saw White Wagtail, Cirl Bunting, Red-rumped Swallow, Spotless Starlings, Serins and a Monarch Butterfly.

We then drove along the coast to Estepona where the car had to have a couple of new tyres before we headed back to Gaucin. Along the way we passed the municiple rubbish tip where hordes of Griffon Vultures were joined by Yellow-legged Gulls, BlacknKitescand the odd White Stork. 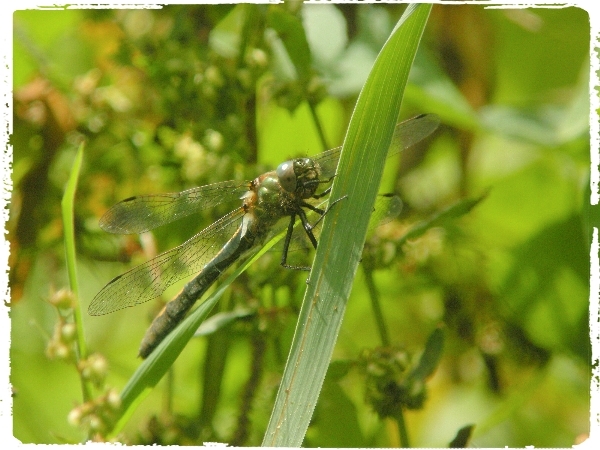 Well that just about concluded the bird tour, we have very little time available tomorrow before driving to the airoprt to drop Ann and Bob off. It had been a nice leisurely week:

Sightings:  121 species of birds is not a bad total, 25 butterfly species, half a dozen dragonflies, mammals reptiles and amphibians made up the rest of our wildlife sightings.