-MALAGA AIRPORT TRANSFER TO GAUCIN WITH STOPS AT CASARES AND SIERRA CRESTELLINA It was changeover day today, I took my group back to Malaga Airport and collected Ann and Bob who are staying with us for a week of birding and butterfly watching...........

So it was goodbye to Tony, Val and Judith we had has a great week with them, lots of laughs, some super birding and a host of butterflies. We arrived at the airport on time and dropped Judith off for her flight home. Tony and Val were taveling on to Granada so I took them to Malaga bus station.

I had a couple of hours to kill so I went to the east side of the Guadalhorce Nature Reserve where I sat by the car and watched Kentish Plover, Little Ringed Plover, Black-winged Stilts and Monk Parakeets. 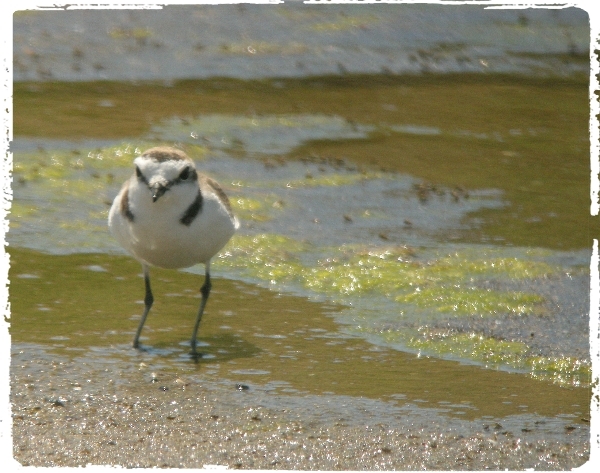 Ann and Bob arrived on time at 1:40pm, we logged Pallid Swift as we left the terminal building and we were very quickly on the way out of the airport. We drove to Casares where we stopped to watch Griffon Vultures, we also saw Sardinian Warbler and Common Kestrel.

At Sierra Crestellina there was plenty more Griffon Vultures on the wing and we were lucky enough to see a pair of Bonelli's Eagles drifting about with the vultures, we saw them soar down to a perch on the mountainside. Other birds seen were Common Stonechat and Melodious Warbler.

From a mirador near Gaucin we looked over the village, a Sparrowhawk circled above it with dozens of both Common and Pallid Swifts.

As we showed Ann and Bob thier new home for the week we noted, from the top terrace, a Booted Eagle circling over us, a nice welcome for our new guests.