RIO GENAL AND RIO GUADIARO VALLEYS – ENRIQUE WOODS – LAGUNA TORREGUADIARO – PALMONES SALT MARSH – SIERRA CRESTELLINA A stark contrast to yesterday as far as the birding was concerned, nowhere near as exciting but some nice species were added to our list.

We were joined by Ana, a local Spanish girl, as we set off for the coast at 8am. Our plan was to work our way down the river valleys to the coast hoping to see migrant raptors coming in the opposite direction. Both rivers we visited had high water levels after recent rain, at the Rio Genal we didn’t see any birds on or near the water but a few species called or sang from the bushes and trees.

The distinctive fluty call of the Gooden Oriole drew our attention to some tall poplars, we soon found at least 6 individuals that showed very well in the scope. Common Nightingale, Cetti’s Warbler, Blackcap, Serin, Cirl Bunting and lots of common species all sang joining the morning chorus. 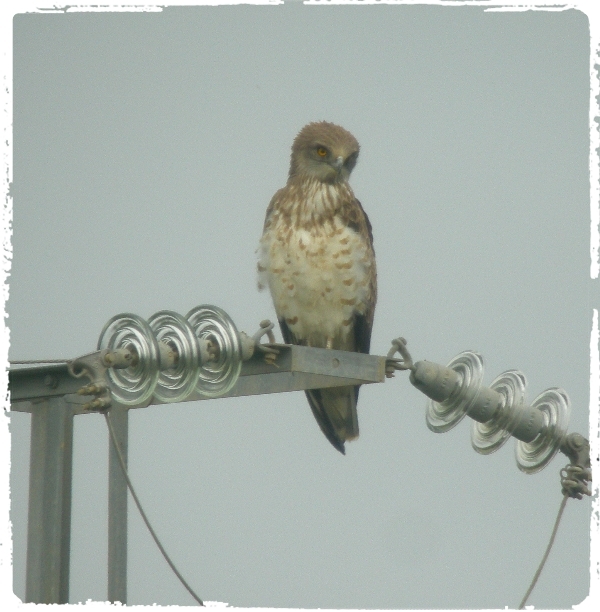 One of several Short-toed Eagles seen this morning

From the Genal we drove to the Guadiaro river where we saw Little Ringed Plover, European Bee-eater, Woodchat Shrike, Crested Lark and a few Turtle Doves. Several pylons had Short-toed Eagles perched on them, we also found Booted Eagle, Common Buzzard and a very distant Bonelli’s Eagle.

Driving further down the valley we added Little Owl, Common Sandpiper, Common Kestrel but after searching for Western Olivaceous Warbler we drew a blank. Our visit to San Enrique woods wasn’t much better, after hearing a Wryneck we failed to track it down and not much else showed at All. Eurasian Jay, Common Whitethroat and Garden Warbler was all we got. 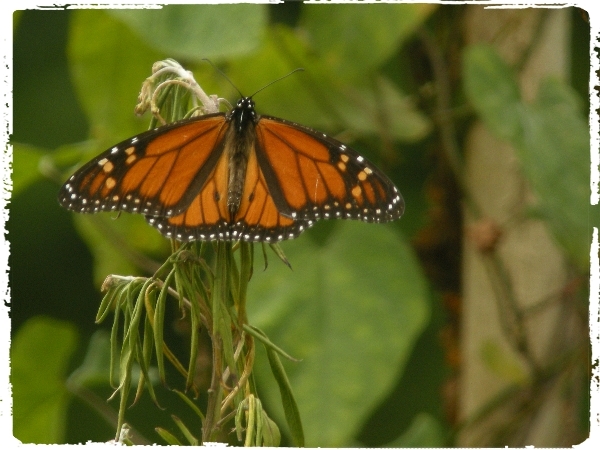 A walk around the circular lagoon at Torreguadiaro produced sightings of Purple Swamphen, Little Grebe, Common Nightingale, Northern Wheatear and a Lesser Kestrel. For our last venue of the day we visited the salt marsh at Palmones, it was high tide so most birds were roosting on dry banks or muddy shores. We saw Whimbrel, Greenshank, Pied Avocet, Black-winged Stilts, Common Sandpiper, Ringed Plover and Grey Plover. A small number of Grey Herons were joined on the marsh by Eurasian Spoonbill, Little Egret and a few Yellow Wagtails. We gave up there after noting a Bonelli’s Warbler in the park behind us and Zitting Cisticola in the reedy edges to the marsh.

Finally we stopped at the look-out point at Sierra Crestellina hoping for a better view of Bonelli’s Eagle but we couldn’t find one. Lots of Griffon Vultures drifted over the mountain and we saw Eurasian Sparrowhawk, Common Kestrel and many Common Swifts.

It was now 5pm so we gave up and drove up the hill back to Gaucin, after a cold beer and a hot shower we enjoyed another delicious home-cooked dinner from my wife, Dawn, yummy!