SEA-WATCH FROM MATALASCANAS CLIFFS – LAGUNA PRIMERA DE LOS PALOS – PARK NATIONAL MARISMA DEL O’DIEL – LAGUNA EL PORTIL – CASTILLO DE NIEBLA The weather forecast predicted light rain and that’s exactly what we got, but it rained on and off all day with a strong breeze too! This reduced our birding somewhat as well as diminishing our sightings list, however we soldiered on and did the best we could.

A brief sea-watch from the cliffs at  Matalascañas produced very few sighting despite the onshore wind. A single Common Scoter fed just offshore, an Arctic Skua drifted by and several Northern Gannets could be seen a long way out. Good numbers of Sandwich Terns and the common species of gull such as Yellow-legged and Lesser Black-backed Gulls were ever-present during our watch.

The series of lagunas just south of Huelva was our next venue, we scoped the main or ‘Primera’ laguna from an old railway track. It was quite disappointing compared to previous visits, but we saw Whiskered Terns, Common and Red-crested Pochard, Gadwall and our first Zitting Cisticola.

The National Park at the Marisma de O’Diel usually produces enormous counts of waders, herons, egrets, gulls, terns, spoonbills, harriers and some passerines, But because of the weather sighting numbers were well down. We started at the Salinas where Greater Flamingos were joined by Curlew Sandpipers, Dunlin, Ruddy Turnstone, Redshanks and Greenshanks. 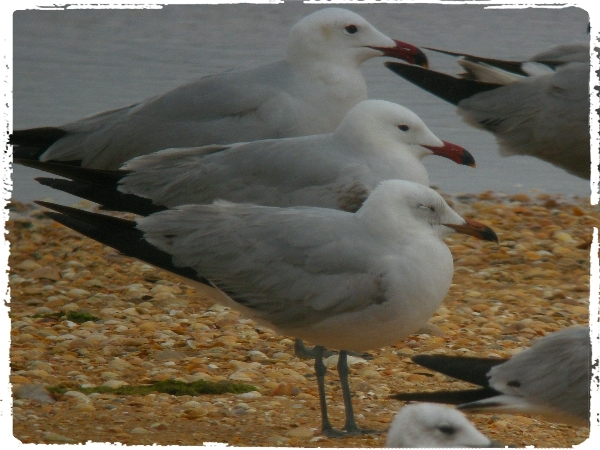 As we worked our way down the park towards the narrow point some 24 km away we stopped many times to watch a good variety of species in a wide range of habitats. The whole reserve contains open marshland, salt pans, brackish lagoons, sandy beaches, reclaimed sandy headland, pine woods, heathland, mudflats, two rivers and the sea!

A scheme to provide nesting platforms for Ospreys seems to be paying off, we saw three occupied nests and below them on the heath we watched both Montagu’s and Marsh Harriers. One sandy beach held a large roost of gulls and terns that contained, Audouin’s Gull, Mediterranean Gull, Sandwich and Caspian Terns and several Little Terns fed off shore just behind them. 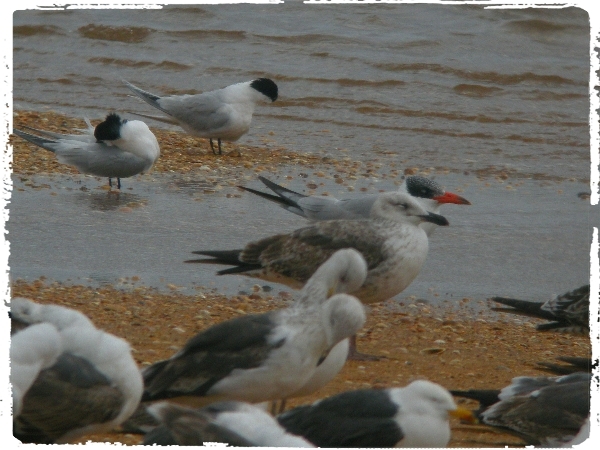 For the first time in many visits I drove all the way to the Lighthouse from where we scanned the ocean picking out Cory’s Shearwater and many Northern Gannets. During one stop on the return journey we saw three Arctic Skuas flying up the estuary of the River O’Diel, they soon realised their mistake and flew over the top of us and out over the marsh to the open sea, an incredible sight for us. Northern Wheatear was added to our list at this stage too.

As we were leaving the area we got a puncture which delayed us by 40 minutes or so, we then set off to find a supermarket to buy lunch and to take the tyre in for repair, another delay. It 3pm by the time we got to our next birding venue, the Laguna at El Portil.

Again this laguna was not as good as usual, but we did see around fifteen species including Black-tailed Godwit, Pied Avocet, Common Sandpiper, Little-ringed Plover, Montagu’s Harrier and several species of duck. 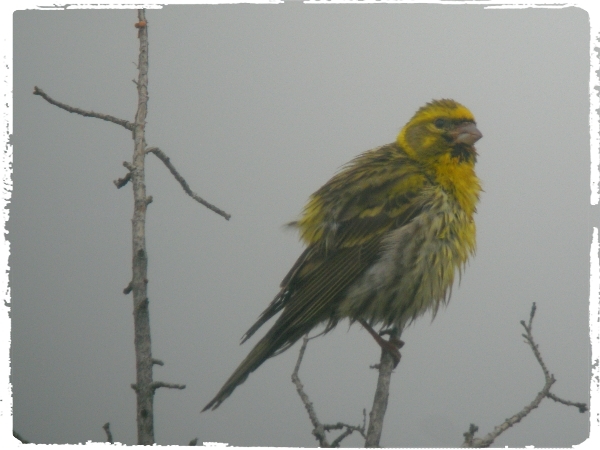 After a coffee stop we headed off to our last birding site of the day which was the Castle at Niebla where a huge colony of Lesser Kestrels have bred for many years. The rain kept off whilst we were there, so we got out of the bus and walked along the perimeter of this impressive fortress. The Kestrels performed well and posed for our cameras before we left at 5:30pm. 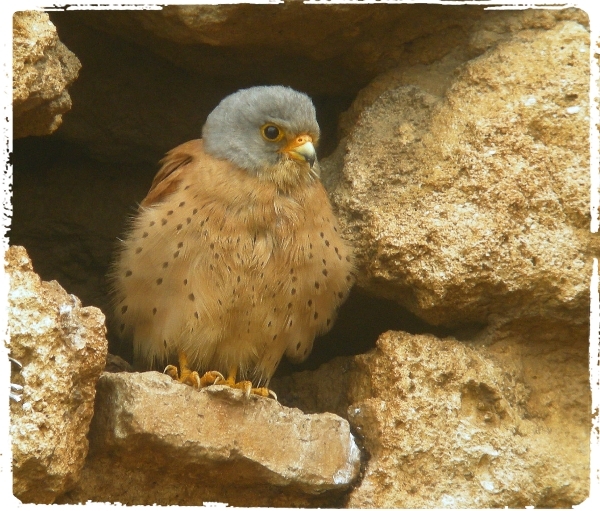 Lesser Kestrel shown sitting in the wall of Niebla Castle 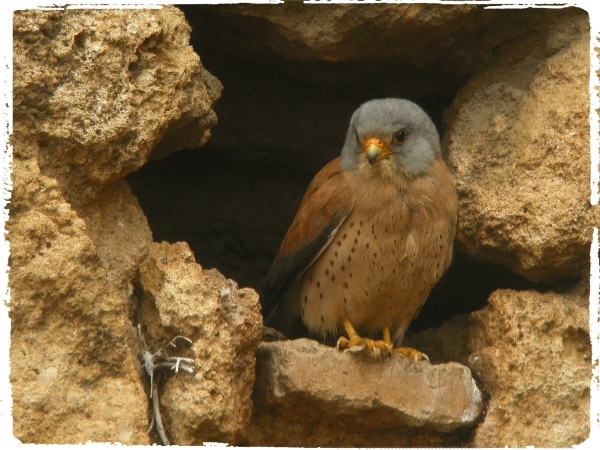 Back at El Rocío some 30 minutes later we drove around the outside of the town through the open grass meadows which were grazed by many horses. One stop produced Glossy Ibis, Booted Eagle and another first for the trip, Common Waxbill – this exotic, African finch-like bird has bred in Spain for many years and is well established in many areas.

That concluded our wet and windy day, tomorrow were are venturing into the Northern Marshes and the ‘real’ Doñana, let’s hope the weather improves.