If you don’t mind getting up very early and sharing the park with 150 other 4x4 open-topped jeeps and being driven along bumpy tracks for hours, then this is the trip for you. Despite what impact the heavy daily-influx of vehicles has on the park the wildlife there is fascinating, plentiful and easy to see. 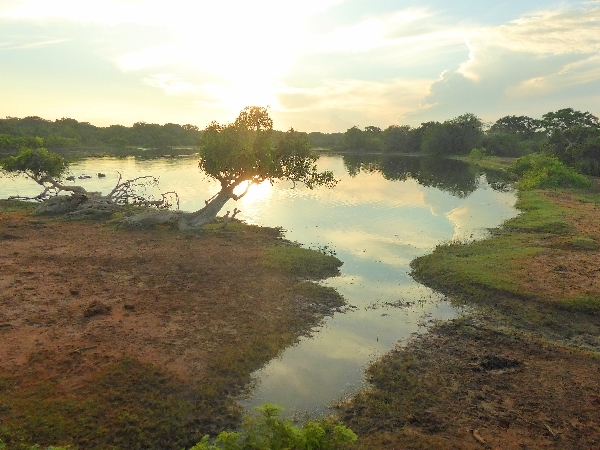 a scene from near the entrance to Yala National Park

We left the hotel at 5am arrived at the main gate into Yala at 6am, along with a lot of other people we queued to get in, but once inside the park the crowd dispersed relatively quickly and it was easy to find quiet tracks and nice bird watching sites. Waders galore went on the list at the first pools, we saw Black-winged Stilt, Redshank, Greenshank, Marsh Sandpiper, Lesser Sand Plover, Kentish Plover, Little Ringed Plover, Wood Sandpiper, Common Sandpiper, Pin-tailed Snipe and Pacific Golden Plover. Also lots of Herons, Egrets, Storks and Cormorants. 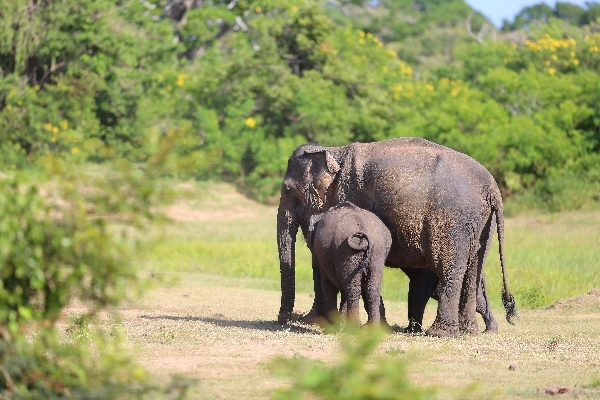 In Yala you are not allowed to leave your vehicle, so the pattern of the day was to drive to different locations and bird from the jeep, many impromptu stops were made as we spotted mammals or birds. Our day list went viral with many new species popping out or perching in prominent positions, Jerdon’s Bushlark, Richards Pipit, Blue-faced Malkoha, Indian Robin, Orange-breasted Green Pigeon, Grey Bellied Cuckoo, Brown Fish Owl, Indian Roller, Sri Lanka Woodshrike (endemic), Paddyfield Pipit, White-browed Bulbul and the little gem Barred Buttonquail. 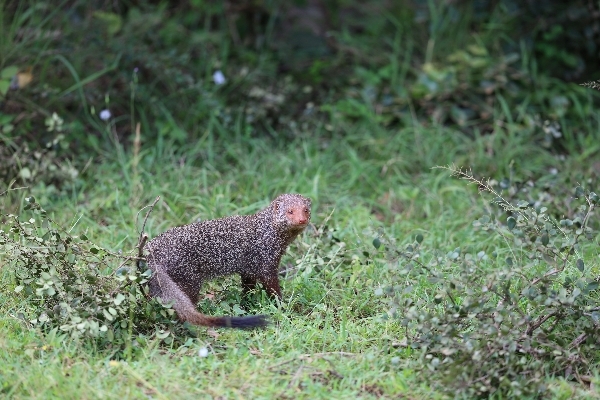 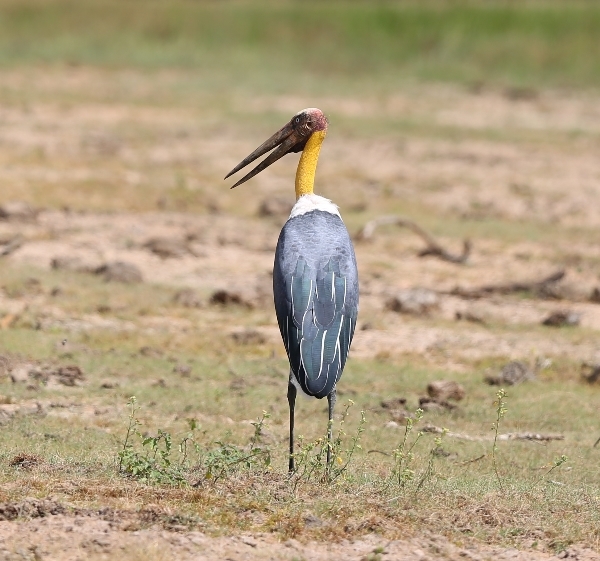 and; Great Thick-knee, both pictures by Kevin Jones 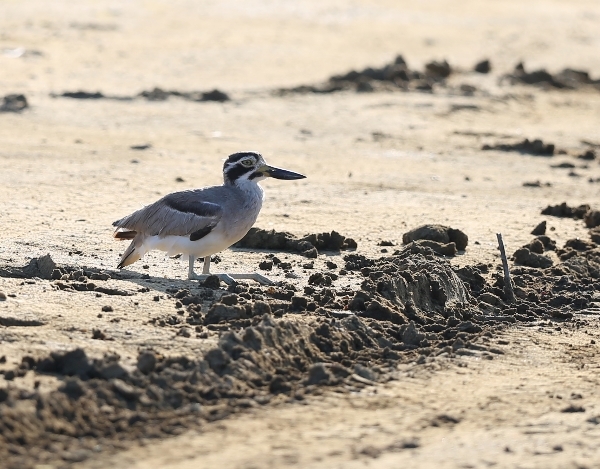 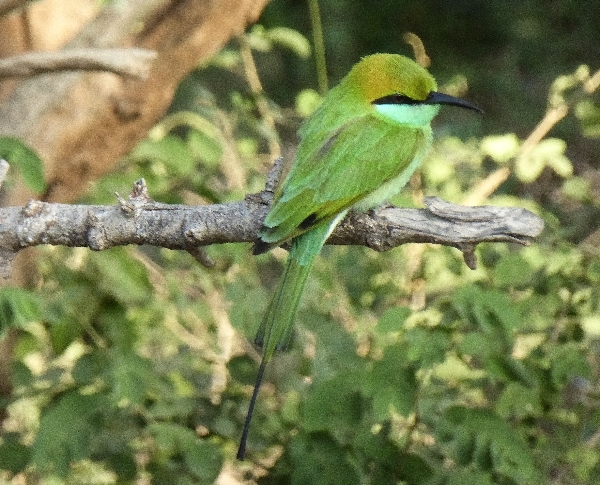 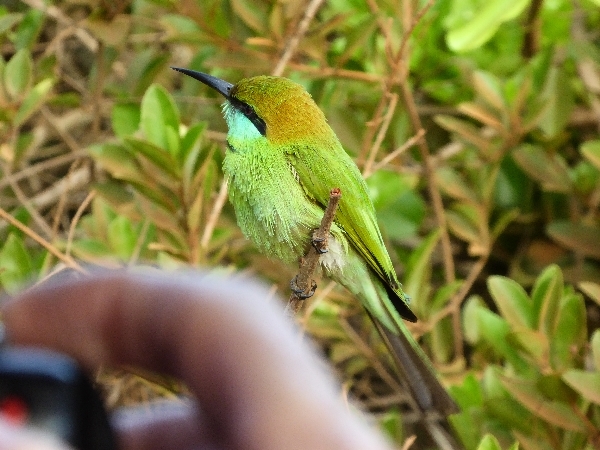 From 12 noon to 2pm all vehicles have to park up in designated areas whilst everyone has lunch. We parked at a coastal site with brackish lagoons that held a number of waders. A flock of small waders gave us an ID problem because of plumage and behaviour characteristics, but we finally decided on Sanderling and they proved us right when they performed on the beach as they are supposed to. Other new species appeared on a regular basis; Grey-headed Fish Eagle, Great Thick-knee, Grey Plover, Little Tern and a Black-necked Stork flew over. Both Jungle and Grey-breasted Prinias also put in an appearance right in front of us during lunch-time. 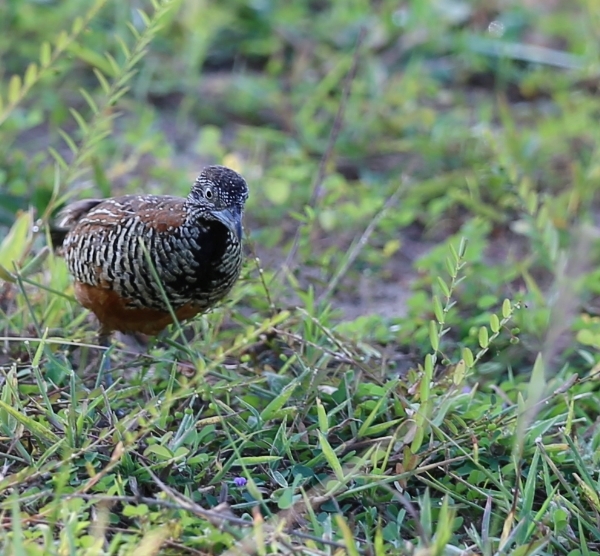 After lunch we had four hours remaining to find as many new species as possible, we tried our best and came up with a number of ‘goodies’ both avian and mammalian. Indian Silverbill, Ashy-crowned Sparrow Lark, Brahminy & Rosy Starlings, Malabar Pied Hornbill (endemic) and several other bird species appeared but the best find was a mammal, the mammal of the park, a Leopard! This individual was draped along the bough of a tree with tail and legs dangling, we couldn’t see much but it was enough! 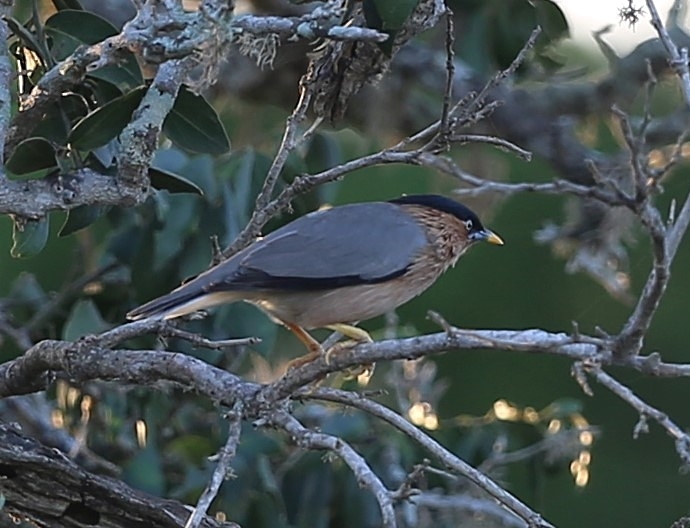 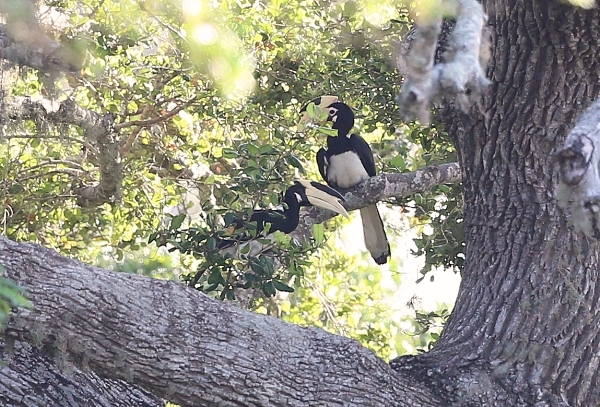 The last hour produced a few more species, Eurasian Hoopoe, Black-naped Hare, Golden Jackal, Mugger Crocodile, close views of Crested Serpent Eagle and lots more Elephant sightings. The afternoon light was superb, the park looked just great as we made our way to the exit. The day had produced 44 new bird species bringing our total to 189 of which 27 are endemic to Sri Lanka, a long but fantastic day out, come and join us next year!